Catch "Harana," "Jake Shimabukuro: Life on Four Strings," and "A Song For Ourselves" on Comcast this month.

January titles include three award-winning music documentaries by and about Asians and Asian Americans. CAAM is thrilled to present Harana, Jake Shimabukuro: Life on Four Strings, and A Song For Ourselves. To watch the films, go to xfinity On Demand: multicultural/Asia/Cinema Asian America/New Releases. You can also search for the films on On Demand by their titles.

Upon his father’s death, Florante, a classically trained guitarist returns to the Philippines after 12 years of absence. During his stay he rediscovers the music of harana – a long-forgotten tradition of Filipino serenading when men sang under the window at night to fearlessly declare their love for a woman. Intent on unearthing these unheralded songs, Florante travels to the remote provinces where he discovers three of the last surviving practitioners – a farmer, a fisherman and a tricycle driver. Astounded by their golden voices, Florante asks them to travel with him to perform and record these unknown songs. During their travels, the haranistas meet Brian, a shy young man who for years has been secretly in love with a schoolmate. The haranistas, who have not serenaded in the last thirty years, offered their services to serenade Brian’s object of affection, resulting in one of the most tender moments of genuine harana captured on film. Word soon spread around Manila of leathery faced men whose style of untrained but sincere and expressive singing touch the hearts everywhere they performed, culminating in a series of triumphant live performances – from the small village to prestigious concert halls to recording the first authentic harana album in the last fifty years. But the question remains – can harana be restored to its former glory or is it doomed to vanish silently into the night forever? 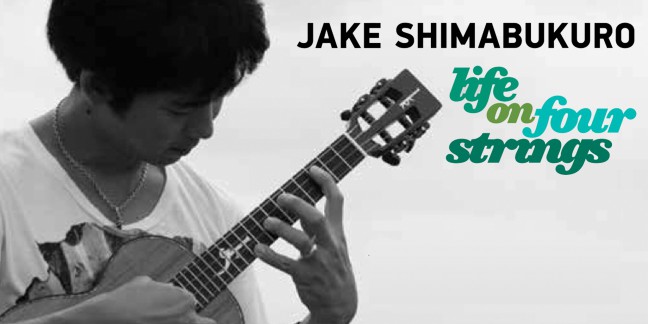 Jake Shimabukuro: Life on Four Strings is a compelling portrait of an inspiring and inventive musician whose virtuoso skills on the ukulele have transformed all previous notions of the instrument’s potential. Through intimate conversations with Shimabukuro (she-ma-BOO-koo-row), Life on Four Strings reveals the cultural and personal influences that have shaped the man and the musician.

A SONG FOR OURSELVES | DIR. TADASHI NAKAMURA 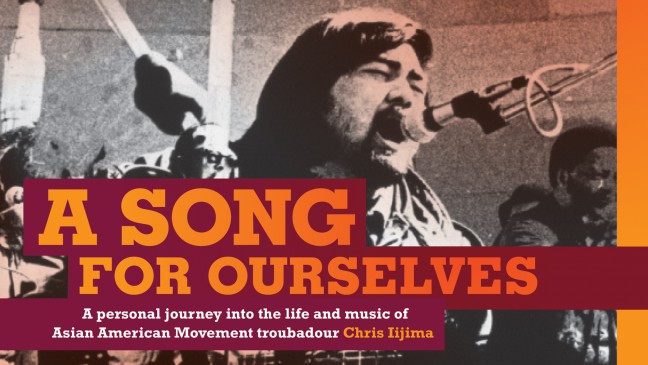 A Song For Ourselves is an intimate journey into the life and music of Asian American Movement troubadour Chris Iijima. Struggling to make sense of their father’s early death, his teenage sons learn that during the 1970s when Asians in America were still considered “Orientals,” Chris’ music and passion for social justice helped provide the voice and identity an entire generation had been in search of. Through animated photographs, intimate home movies, archival footage of Chris’ introduction to nationwide television by John Lennon and Chris’ own songs, their father’s life takes on bigger meaning than they had ever dreamed of.