Catch these films in May on Comcast on Demand: "Yuri Kochiyama: Passion for Justice," "Someone Else," "Am I American," "American Arab," "Flip Flops" and "Off the Menu: Asian America."
Catch these festival favorites on Comcast this May! These films are available throughout the month of May (APA Heritage Month!) brought to you by CAAM — just go to Comcast On Demand: multicultural/Asia/Cinema Asian America/New Releases. You can also search for the films on On Demand by their titles.

Am I American by Anna Oh 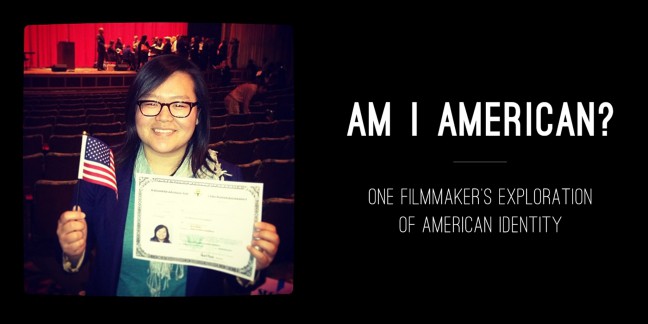 What does it mean to be American? I always thought that I was an American until I received my U.S. citizenship in 2013. After 15 years of living in America and being fully immersed in its culture, I was surprised to see President Obama on the screen “officially” welcoming me and my family to the United States during our U.S. naturalization ceremony. My dad led our family through the interminable citizenship process since we immigrated to America in 1998, but I never really understood the significance behind obtaining my status as a U.S. citizen. What was the point behind those cumbersome applications, the lining up at immigration offices, and lots and lots of waiting? Through this short documentary, I explore the various definitions of ‘American’ from the voices of undocumented immigrants to newly-naturalized and U.S.-born citizens to try and compare their definitions with my own. 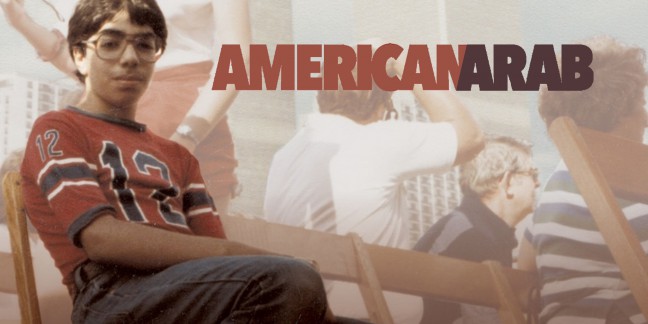 American = Friend. Arab = Enemy. But what if you’re both? Who are you to America now? Who are you to yourself? Director Usama Alshaibi explores the complicated issues of Arab American identity post-9/11. Most are familiar with the hate crimes and racist paranoia that still surround the Arab American community, but Alshaibi focuses his lens on personal stories to create a mosaic of experiences that illuminate a pressured reality: a defiant mixed-race Arab American punk musician; a little girl who has seen the horrors of war, but doesn’t know who Osama bin Laden is; a hijab-wearing woman who is attacked in a grocery store; and the filmmaker’s own life. His passage through America begins with racial epithets and the death of his brother from drugs — the all-American “poison.” It ends with the birth of his daughter, whose middle name, Cinema, might as well be Hope. American Arab is a gift, an important document and beacon of hope for a community and people too often misunderstood, with disastrous consequences. 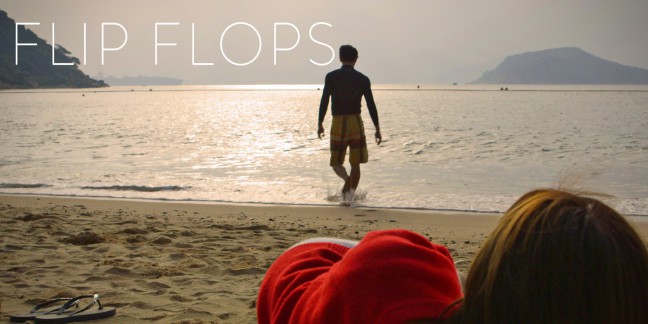 Ana and Thomas are having a fight during an afternoon outing. Hurt by Thomas, the proud Ana has trouble forgiving the passive boyfriend despite his awkward efforts, until she wakes up after a nap on the beach and finds Thomas disappeared. Has he left her? Now Ana panics.

Off the Menu: Asian America by Grace Lee 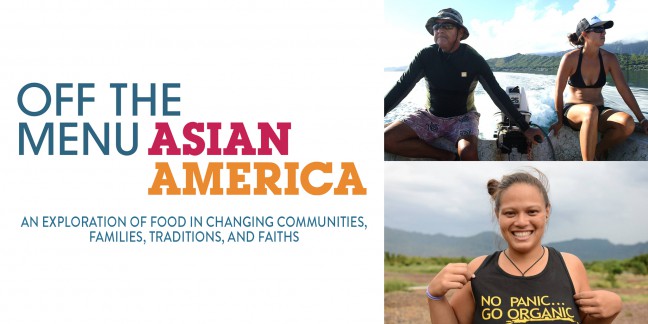 What exactly does food reflect about Asian Pacific Americans? Off the Menu: Asian America grapples with how family, tradition, faith, and geography shape our relationship to food. The program takes audiences on a journey from Texas to New York and from Wisconsin to Hawaii using our obsession with food as a launching point to delve into a wealth of stories, traditions, and unexpected characters that help nourish this nation of immigrants. Off the Menu is a roadtrip into the kitchens, factories, temples and farms of Asian Pacific America that explores how our relationship to food reflects our evolving community. The feature documentary is a one-hour PBS primetime special by award-winning filmmaker Grace Lee (American Revolutionary: The Evolution of Grace Lee Boggs) co-produced by the Center for Asian American Media and KQED, with funding provided by the Corporation for Public Broadcasting.

Someone Else by Nelson Kim 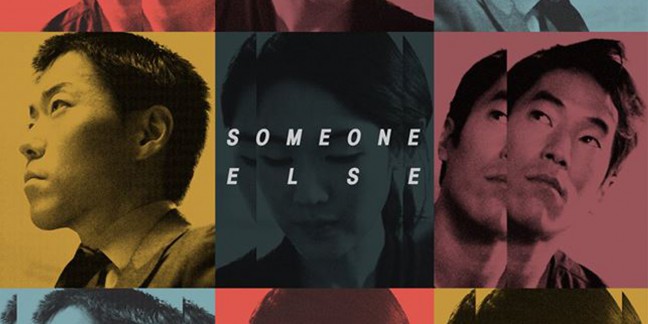 Someone Else is a surreal drama about the clash of wills between two Korean American cousins. Jamie (Aaron Yoo), a shy young law student hungry for a more vivid, risk-taking existence, visits his wealthy playboy cousin Will (Leonardo Nam) in New York City. Jamie has always looked up to Will for boldly pursuing pleasure and self-gratification in a way that Jamie’s own cautious, reserved nature has never dared. In his quest to emulate Will, Jamie sheds his old identity and gets involved with a mysteriously alluring girl named Kat (Jackie Chung). But in a series of surprising twists, Jamie’s adventure spirals out of control, and his dream of self-transformation becomes a nightmare that threatens to destroy him. Someone Else begins as a straightforward drama and ends as something quite different, taking the audience on a wild, unsettling ride in which nothing is as it first appears. It’s a journey into dark places, lit up along the way by laughter, sex, thriller-worthy surprises, and a compelling central mystery that will leave viewers discussing and debating it long after the movie ends. 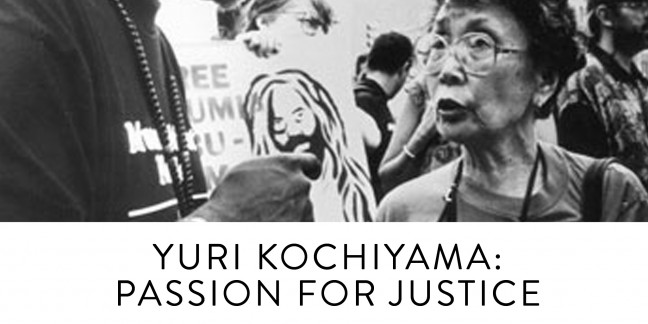 For over 40 years, the work of this tireless and inspiring political activist has touched thousands of lives in diverse communities across the United States. This documentary chronicles the history of this remarkable woman’s contribution to social change through some of the most significant events of the 20th century. Yuri Kochiyama’s story begins with her internment as a young woman during World War II and her gradual political awakening. A follower and friend of Malcolm X and a supporter of Black Liberation, Kochiyama was at the Audubon Ballroom in Harlem when Malcolm X was assassinated in 1965. She has been involved with worldwide nuclear disarmament, the Japanese American Redress and Reparations Movement and the International Political Prisoner Rights Movement. Through the astonishing breadth of her activities, Kochiyama has united people who otherwise might not have met. A typical yet significant example was when she initiated a meeting between Malcolm X and the Hiroshima Nagasaki Peace Study Mission from Japan. This event kindled her close friendship with Malcolm X that would endure until his death. Through interviews, writings, music and archival footage, this film captures the extraordinary vitality and compassion of Yuri Kochiyama as a Harlem-based activist, wife, mother of six children, educator and humanitarian. Her accomplishments and continuing involvement offer a unique view of past struggles in human rights and an inspiring glimpse at possibilities for the future.