In honor of Asian Pacific American Heritage Month, PBS will be broadcasting stories that reflect the diversity of the Asian American experience. ITVS, American Masters, WETA, and Independent Lens will be co-presenting APA programs throughout May 2009. Check local listings for exact times and dates. 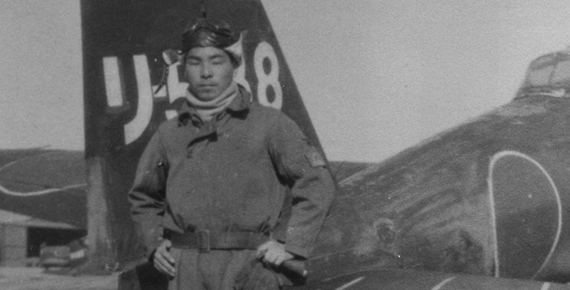 In honor of Asian Pacific American Heritage Month, PBS will be broadcasting stories that reflect the diversity of the Asian American experience. ITVS, American Masters, WETA, and Independent Lens will be co-presenting APA programs throughout May 2009.

AHEAD OF THE MAJORITY by Kimberlee Bassford
Co-presented with ITVS and PBS Hawaii
On PBS stations nationwide May 2009
Ahead of the Majority is a one-hour documentary that explores the life and times of the late U.S. Representative Patsy Takemoto Mink (1927-2002), the first woman of color in Congress and driving force behind Title IX, the landmark legislation that mandated gender equity in education.

BOLINAO 52 by Duc Nguyen
Co-presented by ITVS and KTEH/San Jose
On public broadcast stations nationwide May 2009
In 1988 a group of Vietnamese boat people attempted to flee their country in search of freedom. Once at sea the boat’s engine died leaving over 100 people stranded in the ocean. What happens next is an unbelievable story of perseverance that changed the lives of the survivors forever.

HOLLYWOOD CHINESE by Arthur Dong
On “American Masters” May 27, 2009
Hollywood Chinese is a captivating revelation on a little-known chapter of cinema: the Chinese in American feature films. From the first Chinese film produced in 1916, to Ang Lee’s triumphant Brokeback Mountain almost a century later, Hollywood Chinese brings together a fascinating portrait of actors, directors, writers, and iconic images to show how the Chinese have been imagined in movies.

WINGS OF DEFEAT
by Risa Morimoto and Linda Hoaglund
On “Independent Lens” May 5, 2009
What were the Japanese Kamikazes thinking just before crashing into their targets? When Risa Morimoto discovered that her beloved uncle trained as a Kamikaze pilot in his youth, she wondered the same thing. Through rare interviews with surviving Kamikaze pilots, Morimoto retraces their journeys from teenagers to doomed pilots and reveals a complex history of brutal training and ambivalent sacrifice.

THE MOSQUE IN MORGANTOWN by Brittany Huckabee
Co-presented by WETA on America at the Crossroads June 15, 2009
A small university town in West Virginia becomes the unlikely battleground for the soul of Islam in America when Asra Nomani fights for the right of women to pray alongside men in the local mosque. A thoughtful, even-handed documentary about a community struggling with change while trying to hold itself together.

The Center for Asian American Media is a non-profit organization dedicated to presenting stories that convey the richness and diversity of Asian American experiences to the broadcast audience possible. We do this by funding, producing, distributing and exhibiting works in film, television, an digital media.