"It gives a glimpse into the lives of two modern young women living in Tehran and their experiences in dealing with the conservative culture that the government and society subscribe to..."

CAAM is excited to announce our first-ever Volunteer Picks at CAAMFest 2016! We greatly value the ongoing support and passion from our hundreds of yearly volunteers. Two lucky volunteers were chosen at random to share their 2016 Festival picks, as well as some information on each of them. 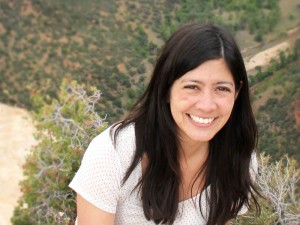 How long have you been involed with CAAMFest?
Joanne: I’ve attended film screenings at CAAMFest since I moved to SF, but started volunteering in 2011. It has been the familiar faces and welcoming community at CAAMFest that bring me back every year. The films and events are always so interesting and fun.

Speaking of fun, what do you do for fun outside of volunteering with us?
Joanne: I spend a lot of my time working in the biotech field, but outside of that, I love running, spending sunny weekends out at Dolores Park, and backpacking in the summers.

Tell us a favorite CAAMFest memory
Joanne: I have a lot of great CAAMFest memories, but my favorites are from volunteering at film screenings where newer filmmakers are presenting their films. It’s awesome to see the amount of support they receive within the Asian filmmaking community and from the audience. I also really love witnessing their enthusiasm and joy once their vision makes it onto the screen.

Without further adieu, what is your CAAMFest 2016 Volunteer Pick and why?
Joanne: My pick is the Iranian film, Atomic Heart. It gives a glimpse into the lives of two modern young women living in Tehran and their experiences in dealing with the conservative culture that the government and society subscribe to, but the film also has with a huge surrealist element. It’s the kind of film that leaves you wondering about it, days later.

Aside from your Volunteer Pick, what are you excited for at this year’s Festival?
Joanne: This year I’m really excited to see Roystan Tan’s 3688. It’s exciting to see the strides the Singaporean film industry has made in recent years, and always fun to hear the local Chinese dialect along with Singlish spoken in films.

Thanks so much Joanne, we look forward to see you at the Festival, and checking out your Volunteer Pick!