George Chen, like many immigrants who come to the U.S., worked in the restaurant business as a way to help with expenses. He worked at many L.A. area restaurants and was even acknowledged by local press for his knowledge of Chinese cuisine.

Despite his natural talents, Chen didn’t think he’d end up working in the food business full time as he saw the challenges of the industry first-hand during his formative years. He earned degrees in Neurobiology and Psychology at UC Berkeley, but went to work for Wall Street. His securities industry job required extensive travel to all parts of Asia, where he discovered local flavors that were not seen back in the States. Following these years of travel, he decided to follow his culinary passion and opened Betelnut in 1995 in San Francisco, which went on to garner numerous awards and acclaim.

Though he comes from an esteemed lineage—his grandfather was a provincial governor of Hubei province and General in China under Kuo Ming Tang (KMT) rule and his father served in the diplomatic corps in Taiwan—Chen seems to have maintained his humility throughout the years.

Chen sold Betelnut to his business partners over a decade ago when he decided Shanghai, China offered greater opportunities for him. Following the success of Betelnut, Chen opened another dozen-plus restaurants in the U.S. and China, including another acclaimed San Francisco venue, Shanghai 1930, which operated for 13 years until its closure in 2010. Chen currently owns and operates the Roosevelt Prime Steakhouse in Shanghai with his wife, Cynthia (Cindy) Wong-Chen. His wine company, Roosevelt Private Cellars, recently won Best Importer – American Wines for 2016 from the prestigious Battane+Desseuave guide.

Today, he’s working on his most ambitious project yet: China Live, a 30,000 square foot marketplace and restaurant complex located on Broadway adjacent to the heart of San Francisco’s Chinatown.

At China Live, Chen has assembled a great team including his wife, who is a co-founder of China Live. The team also includes seasoned professionals like Richard Miyashiro, Doug Collister, Spencer and Jeanne Wang, Janine Shiota, Russell Leong and Kathy Tierney. Chen will also serve as the Executive Chef of Eight Tables by George Chen, the fine-dining destination at China Live.

CAAM honors George Chen this year at CAAMFeast 2016, alongside Cecilia Chiang and Brandon Jew. I chatted with Chen via phone to talk about his beginnings in the food world, and what he hopes to share with the world through Chinese food and ingredients.

Can you tell me a little bit about your background?
I was born in Taiwan where my father was a career diplomat. We came here when I was 10 and I spent my formative years in L.A. I went to Berkeley for college and I fell in love with the beauty of the Bay Area, and decided to make it my home.

What did you study at Berkeley? Did know that you were going to go into the food business?
No, I actually worked in a number of restaurants in L.A.—like 10 restaurants. In fact, Lois Dwan, who was the Los Angeles Times food critic, even wrote a story about me when I left for school, and how I was one of the most knowledgeable and best waiters in L.A. for Chinese food.

So I went to school and thought that the restaurant business was kind of crazy. I worked in restaurants to put myself through school. When I came up to Berkeley, the last thing I wanted to do was work in a restaurant, but I ended up working with Cecilia Chiang at The Mandarin to earn extra income. We were actually old family friends as my parents knew her from her restaurant in L.A., The Mandarin in Beverly Hills.

I began working for Cecilia around ‘79 or ’80, and worked with her for four or five years. It was during this time that I really got to know her better, since I was quite young when we had originally met in Los Angeles.

How did you come up with the idea of China Live?
I wanted to do a market restaurant where you can see the real ingredients which can be great if they are seasonal, fresh and sourced sustainably. All great cuisine starts with great ingredients so I wanted to cook by starting with the best ingredients. The mainstream, non-Chinese, don’t generally go to the local Chinese markets because it is intimidating and most of the items are unfamiliar. We want to demystify and educate all of America on real Chinese food and it starts with showing the public the beauty of Chinese ingredients in an approachable marketplace.

Our idea is to present Chinese ingredients—produce, proteins, sauces—in a different light. There are many wonderful products that are not generally available in the regular markets that we have spent more than two years sourcing from organic, sustainable and artisanal producers. For instance, we found organic, gluten-free, non-GMO soy sauce aged 12 years that we will privately label under the China Live brand.

Our philosophy is, “We cook what we sell, and we sell what we cook.” 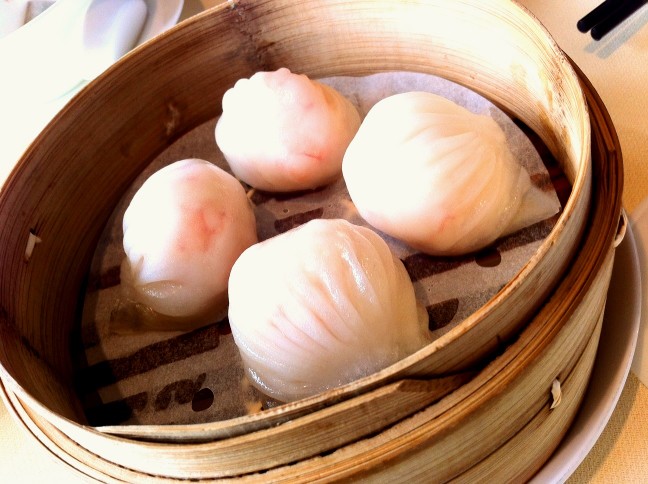 Why do you think that Chinese cuisine hasn’t received the same esteem as, say, French or Italian cuisine?
There are more Chinese restaurants in the U.S.—more than McDonald’s and pizza restaurants combined! In every small town in the U.S., there’s a Chinese restaurant, and they probably have 80 percent of the same items on the menu. That’s not really Chinese food—it is Chinese American food. Chinese is the first ethnic cuisine that Americans enjoyed outside of their own food and that began 100 years ago. Still, Chinese food hasn’t evolved, because people don’t necessarily demand it and the restaurants generally resist change. A lot of times Chinese food gets a bad rep for being cheap and that should change if the public gets to taste quality ingredients being used in all dishes.

Real Chinese food starts with local and pristine ingredients and techniques learned from a long culinary history, while also incorporating new cooking techniques. This means not just cooking in a wok. In China, there are earthen ovens, giant cast iron skillets and duck ovens, all items that are not frequently seen in the U.S. currently. Food is typically just thrown into a wok with a lot of cornstarch to bind it together. This method is what I call “recombination frying,” which is not how real Chinese food is prepared.

Now with many people traveling and returning from China and increasing the number of Chinese coming for business and pleasure, they are asking, “Where’s the real Chinese food?” There’s a tremendous need for change. It’s time. Chinese food gets recognition it deserves when done right.

What can we expect to experience at China Live, and your restaurant, Eight Tables?
At Eight Tables, the first course is nine essential tastes of Chinese cuisine. These small bites or amuse go well beyond the four familiar taste of sweet, salty, sour and bitter, plus umami. From there an eight course procession will take one into the intricacy and delicacy of real Chinese cuisine. The prix fixe menu will change almost weekly to monthly, pending the seasons.

At the marketplace restaurant, it is much more casual and approachable. I want people to really enjoy the bounty that represents a real Chinese market. From the freshest produce to house-cured meats to exotic spices, all will be interwoven to create a feel that is unlike any other Chinese restaurant in the world. The menu will change daily pending what is best in season.

Our customers will hopefully find comfort and also discovery. The world is becoming a smaller place and people are engaged into each other’s culture, and food is always the easiest way to learn about another lifestyle. We hope to accomplish that simple ideal.