For two weeks this July, sixteen K-12 educators from across the US convened in New York for an intensive seminar exploring how to teach Asian American film and literature in the classroom.

For two weeks this July, sixteen K-12 educators from across the US will convene in New York for an intensive seminar exploring how to teach Asian American film and literature in the classroom. A National Endowment for the Humanities Summer Seminar for School Teachers, the sessions will be led by Jennifer Hayashida, director of Hunter College’s Asian American Studies Program, and Chi-hui Yang, educator and curator.

Drawing on contemporary Asian American film, video and literature, this interdisciplinary seminar will provide participants with a twenty-first century perspective on Asian American cultural production and communities across the United States. Against the backdrop of generation-shifting conversations around immigration reform, demographic change, and the ascendancy of Asian American writers and filmmakers, the seminar will examine Asian American communities and the arts in new and critical ways, and in so doing locate teaching tools which harness the complexity, diversity and dynamism of this rapidly growing population.

During the two weeks, participating educators will engage with a number of forward-looking texts and films which are the foundations of a new canon of Asian American cultural production that speak to emerging communities and identities.

Included are Bushra Rehman’s Queens-set semi-autobiographical novel Corona, as well as Thavisouk Phrasavath’s Oscar-nominated documentary The Betrayal (co-directed with Ellen Kuras). Both Rehman and Phrasavath will attend and be in conversation with participants.

Through thematic sessions participants will explore questions which ask for multi-disciplinary, complex, intersectional answers. “Investigating Deep Histories” asks “What happens when your personal identity is played out on a larger national or cultural stage? How can one investigate a community or national history through a personal lens?”

Participants will also visit a number of locations in New York to connect directly with artists and organizations who are sustaining a broader inquiry into what conversations are animating Asian America today. These include: Asian American Writer’s Workshop, Museum of Chinese in America and CAAAV.

The seminar’s syllabus and philosophy of teaching are all available for others to read online.

Poet, translator and visual artist Jennifer Hayashida was born in Oakland, CA, and grew up in the suburbs of Stockholm and San Francisco. She received her B.A. in American Studies from the University of California at Berkeley, and completed her M.F.A. in poetry from the Milton Avery Graduate School of the Arts at Bard College. She is the recipient of awards from, among others, the Lower Manhattan Cultural Council, the New York Foundation for the Arts, PEN, the Witter Bynner Poetry Foundation, the Jerome Foundation, and the MacDowell Colony. She is the translator of Fredrik Nyberg’s A Different Practice (Ugly Duckling Presse, 2007), and Eva Sjödin’s Inner China (Litmus Press, 2005) with translations of Karl Larsson and Athena Farrokhzad forthcoming in 2014. Her poetry and translations have been published in journals such as Salt Hill, Chicago Review, and Circumference, while her collaborations in film/video have been exhibited in the U.S. and abroad, including the Centre Pompidou, the Flaherty Film Seminar, the New Museum, and the Vera List Center for Art and Politics. Fields of interest include representations of the welfare state and immigrant experience; cross-genre literature and film; translation; Asian American community activism.

Chi-hui Yang is a film programmer, lecturer and writer based in New York. Yang sits on the selection committee for MoMA’s Documentary Fortnight and is the president of the board of directors of the Flaherty Film Seminar. Yang was the consulting series producer for POV’s 2013 26th season and from 2000-2010 he was the Director and Programmer of the San Francisco International Asian American Film Festival, the largest showcase of its kind in the US. Yang is also the programmer of “Cinema Asian America,” an On-Demand service offered by Comcast, a Visiting Scholar at New York University’s Asian/Pacific/American Institute and an adjunct professor at Hunter College and Columbia University. 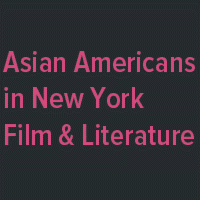 My name is Elly Vivian Smith and I am a middle school English Language Arts teacher here in New York City. I am actually a Jersey Girl, but I consider NYC to be my second home. My students are diverse, funny and caring and they all have incredible stories to tell. As a teacher, I hope to be able to give my students the skills, space and time so that they will be able to share their experiences and see that what they have to offer is valid and important. A seminar like this one, not only gives me amazing tools and strategies to bring back to the classroom, but also puts me in the mindset of being a student again. I feel that it is necessary for educators to step out of that teacher role every once in awhile so that they can understand the various stages of discomfort, excitement and confusion their students may be feeling…

I applied to the program for a variety of reasons. The first was that as an American educator of mixed Asian heritage myself, I am always looking to learn new things about the happenings in the Asian American field. My grandfather in Japan was a famous Art Director and I often think that some small part of me pays homage to him with my love of film and the art of film-making. I am just a novice though, so to spend two weeks with experts in the field seemed like an opportunity that I could not just let pass me by. The seminar is also taking place in New York City and I thought that this would be an fantastic opportunity to get to know “my” city better through the lens and focus of the seminar.

I strive to use a variety of Asian American literature and other multicultural sources in my classroom. A few notable examples of works by authors of Asian descent are Baseball Saved Us by Ken Mochizuki, which looks at Japanese Internment from another perspective and works by Lawrence Yep including his collection of stories by Asian-American authors called American Dragons. The Legend series by Marie Lu can also be found in my classroom and has been popular with some of my middle schoolers. Although he is not Asian American specifically, I also use Shaun Tan’s works in my class, in particular The Arrival which is an immigration story for all of us.

I believe that Asian American literature should be used in every classroom in combination with works from other world views. It is so important for our students not only see themselves represented in the texts they read, but also to have the chance to learn about the experiences and viewpoints of others. Too often we get caught up in our own bubbles of understanding, and when those bubbles get broken and new ways of seeing and  thinking are thrust upon us, often times the understandings that we develop can change us in ways that previously we could have never imagined.