After 11 amazing days of Asian and Asian American film, music and food, CAAMFest 2015 closes the curtains on another successful year. As the nation’s largest festival of its kind, CAAM welcomed participants from all over the world and showcased over 100 films from 20 different countries. 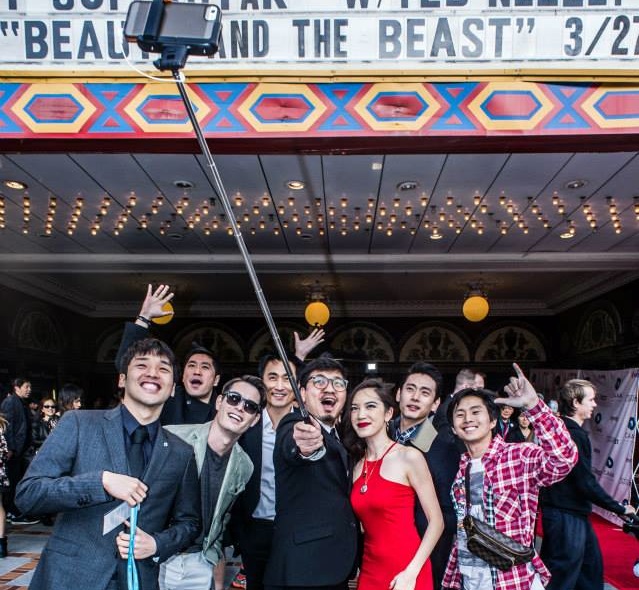 CAAMFest 2015 opened with the San Francisco premiere of SEOUL SEARCHING. Award winning Korean-American director Benson Lee kicked off the night with a full audience wave from the front row to the balcony and back. Filled with fans, press and a line wrapping around the block, the atmosphere at the Castro Theater was electric and there was no shortage of paparazzi selfies as the stars graced the red carpet. Director Benson Lee and several cast members including Justin Chon and Jessika Van were in attendance for opening night. The energy continued with the Opening Night Gala at the Asian Art Museum, where guests were treated to an exclusive look at the museum’s newest exhibit, Seduction: Japan’s Floating World, while tasting offerings from local food purveyors and grooving to the beats of San Francisco’s finest DJs. 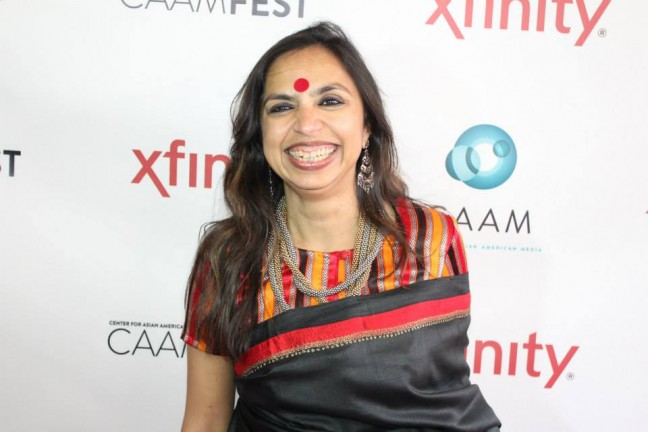 This year’s Centerpiece presentation showcased Margarita With A Straw, a touching and deeply personal film that director Shonali Bose said “was written from her heart.” Bose’s film received a huge applause from the audience and was highlighted with an inspiring question and answer session. Preceding the screening, Bose beautifully worked the red carpet and mingled with guests at the Centerpiece reception.

Suboi and Awkwafina both hit the stage delivering incredible performances at this year’s sold out Directions in Sound. Suboi dazzled in her U.S. premiere, with a mix of futuristic beats, smooth vocals and bilingual rhymes. Fans couldn’t seem to get enough of Vietnam’s Queen of hip-hop, who surprised audiences by performing a song with Goh Nakamura. Following Suboi, Awkwafina, dressed in her signature over-sized glasses, brought down the house with her hit songs and improvising with a few new bars. With the crowd rapping along side them, Awkwafina and Suboi certainly made Directions in Sound a night to remember. 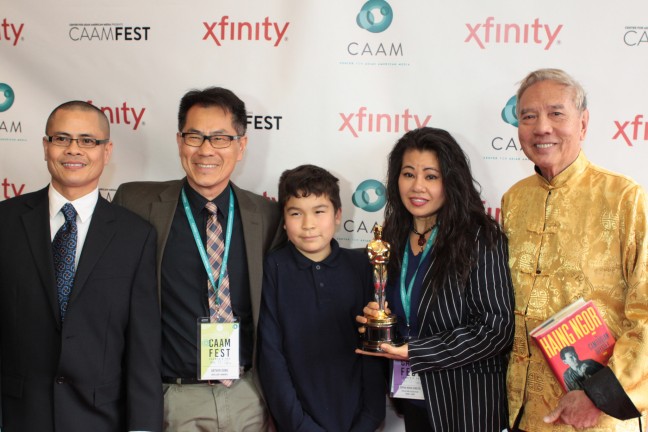 Each year, CAAMFest recognizes an individual who has made an indelible contribution to Asian American experiences through cinema. This year, we were thrilled to honor renowned filmmaker Arthur Dong. As part of our Spotlight presentation, CAAMFest 2015 world premiered Dong’s film THE KILLING FIELDS OF HAING S. NGOR along with a digitally re-mastered version of FORBIDDEN CITY, U.S.A. and an intimate conversation with film critic and author, B. Ruby Rich. Each presentation had moments of nostalgia, but none could top the touching moment that Arthur Dong shared with Sophia Ngor Demetri, the niece of Dr. Haing S. Ngor as he dedicated the film to her uncle and she gave audiences a rare glimpse of the original Oscar won by Dr. Haing Ngor. 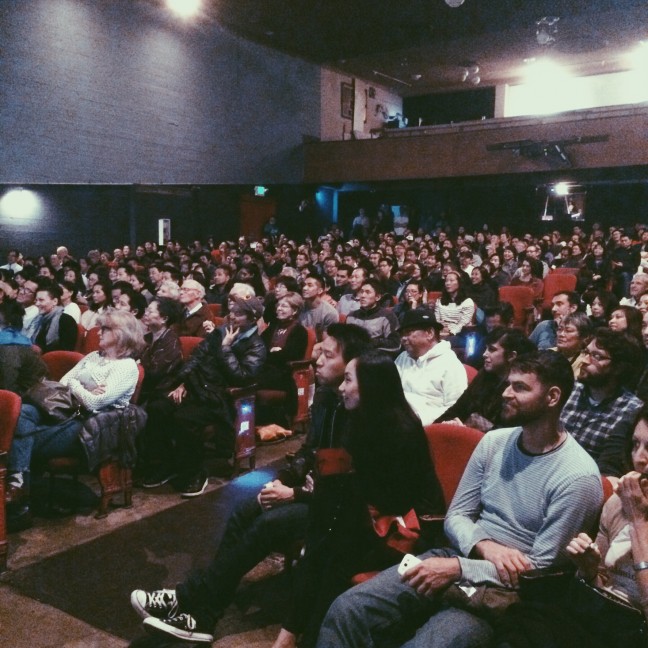 Coming off of one of Great Star’s most successful years at CAAMFest, the theater was home to many of CAAMFest’s premiere feature-length films and presentations. Providing a perfect setting for CAAMFest to showcase films related to Chinese American history, The Great Star was a backdrop for audiences to experience both classic Hong Kong films, such as The One-Armed Swordsman, and stories about Chinatown with Forbidden City, U.S.A., A Moment in Time and 9-Man, which were all presented to a packed house. 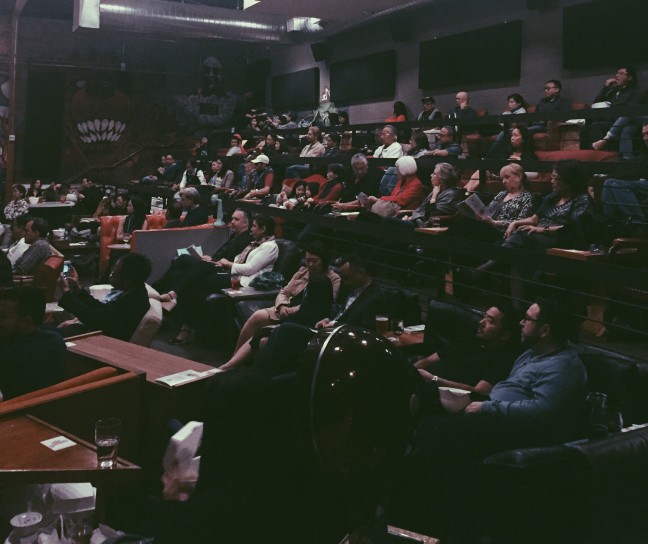 CAAMFest 2015 came to a close in Oakland at the New Parkway Theater, with an encore screening of Changing Season: On The Masumoto Family Farm, and the closing night film, Lucky Chow. With a perfect combination of Asian-inspired food, developed exclusively for CAAMFest by the New Parkway kitchen, and three episodes of Lucky Chow, CAAMFest audiences were able to explore the Asian food landscape not just with their eyes, but also with their stomachs!

Other highlights from this year’s festival include the youth presentations by Muslim Youth Voices along with Kal Penn in attendance at The Sisterhood of Night, and a funny and captivating presentation by Kip Filbeck at Memories to Light.

Want more? Check out these articles to catch up on everything CAAMFest!

These Nightclub Entertainers Paved The Way For Asian-Americans In Showbiz: http://n.pr/1BLbGWq via NPR

CAAMFest has Serious Fun with Evolving Identities in Film: http://bit.ly/19iPXOO via KQED Arts