Take a road trip into the kitchens, factories, temples and farms of Asian Pacific America that explores how our relationship to food reflects our evolving community.

Update: Please check out the companion site for Off the Menu: Asian America and follow the documentary’s Facebook page for stories, photos, and future screenings!

At CAAMFest 2014, Director Grace Lee presented her documentary American Revolutionary: The Evolution of Grace Lee Boggs as the CAAMFest Centerpiece at the historic Castro Theatre in San Francisco, CA.

Off the Menu is a co-production of CAAM and KQED. The film will premiere on PBS in the upcoming year. CAAM is developing a companion website with original stories, videos and recipes about Asian Pacific America and food.

Lee chats with us about food, what she learned through the year-long process of traveling across America to hear stories from the people behind the food, and what she’s looking forward to at CAAMFest. 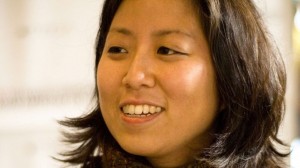 What are you looking forward to at CAAMFest?
In general, I love the festival because it’s a great place to be both as an audience member and a filmmaker. And I love the community created at CAAMFest.

What I really like to do (in the Bay Area) is, I like to walk around (laughs). It’s so dense, and it’s easy to walk around and discover some new shop or hole-in-the-wall restaurant. I don’t really do enough of that in L.A. Specifically, walking and transportation. You could do it—a lot of people do do it. I live in Koreatown, and there’s actually good public transportation. But there are just so many cars around.

What are some of your favorite spots in the Bay Area?
I really love the Castro Theatre. When I lived in San Francisco many years ago, I could just walk there so it was my local theatre. Last year, we had the American Revolutionary Centerpiece screening there and it was just incredible to be there with that film—you know, in a movie palace. It just has so much history and character.

What is Off the Menu?
I would describe it as a road trip through the United States, where we get to meet folks that reflect an evolving Asian America and a wide-ranging relationship with food. We liked “Off the Menu” as a title because it had many different meanings. One of the meanings is, these are stories off the beaten track. It’s the type of thing I enjoy in documentaries—the unexpected turns in storytelling.

When I say I’m doing a documentary about Asian American food and culture, people get very excited because they might think, “Where do you get the best ramen or pho?” But I try to emphasize it’s not a cooking or travel show, even though there’s cooking and travel in the film. The focus is something much deeper about what an evolving Asian America means.

How did you choose those locations and stories for the documentary?
We put out a call for story ideas. We got a lot of suggestions. We had an event at KQED which was great, to hear from the community. It generated this opportunity to jumpstart the research. Obviously, it was very hard to narrow down it down because how can you summarize all of Asian America in one hour—it’s impossible. You could do a feature film on one mini-mall in Koreatown in L.A. But we really wanted to reflect a diversity of ethnicity and geography and the way food plays a role in peoples’ lives.

What was the most profound moment when you were traveling around and talking with people?
For me, when we went to the Sikh temple in Oak Creek, Wisconsin. I had heard about the lungar community meal in the Sikh tradition. And then I immediately thought about, how does it play out in a place like Oak Creek where they had the shooting in 2012. We just reached out and went there and discovered this amazing story with the lungar and how that’s been a part of the healing process and such an important part of the community, even before the shooting. That was something I knew absolutely nothing about.

When I think about the stories you have in the documentary—when we think about Asian American food, people know ramen and dumplings and celebrity chefs and people get excited about that. But the stories you chose are still mostly invisible to most of America.
Yeah, I guess for me, the best dumpling or whatever, is not what I’m interested in. I mean, I’m interested in it as a consumer, but as a storyteller, I’m interested in something deeper. Food is an accessible entry point for a lot of people—if you can pique peoples’ interests or whet their appetite—excuse the terrible pun—through a food story, maybe they’ll consider who are the people making the food, or behind the food process. And that was what was more interesting to me, beyond the dish.

What did you learn after traveling across America and talking to Asian Americans and Pacific Islanders about food?
I knew that food would be a great way to talk about a wide variety of stories related to Asian Americans but I really wasn’t expecting how readily people would open up as we would sit down over a meal or how much pride and love they had for this important aspect of their lives. In many ways, we just scratched the surface and I learned that to really do the topic justice, we’d probably need an ongoing series. On a practical level, I learned how to grate a raw coconut and how to make chapatis.

Is there anything else you want to add?
I felt very lucky to be around and meet all these people and talk to people about what they do and just the diversity of the role that food plays in peoples’ lives is fascinating. I would never think someone restoring a fish pond in Hawaii would be in the same film as Glen Gondo and his sushi test kitchen (in Houston), where they’re making these concoctions of cream cheese and Flaming Hot Cheetos. I just really appreciate the diversity of the community, which was fun. A lot of fun. 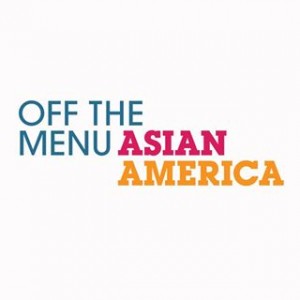 “I will never get tired of eating these foods”

Off the Menu is a co-production of CAAM and KQED for PBS, with funding from the Center for Public Broadcasting. Find updates at Off the Menu: Asian America‘s Facebook page!