"When I was growing up I never saw anyone that looked like me, in the movies or in T.V. shows. It wasn’t the stereotypes that bothered me, but I couldn’t conceive of a world in which someone who looked like me could be a normal human being."

She Lights Up Well, the first feature film from director, writer, and actor Joyce Wu is coming to light up the big screen. The story revolves around Sophie, a misfit but charming young woman trying to make it in the film industry. As she moves from New York back to live her family in suburban Detroit, Sophie undertakes an unexpected project: saving the local community theatre. The cast features special guest Tsai Chin—the first Chinese person to ever study at the Royal Academy of Dramatic Art in London, and Aunty Lindo from the Joy Luck Club—as Sophie’s grandmother, a charismatic and witty matriarch who still holds onto her dreams. The film is captures life in transit—from moving back home to making moves to save her hometown theatre, and the search for what moves the heart.

Wu grew up in Detroit and moved to New York after college. While working side jobs, she dove extensively into theater production and playwriting. Later, she debuted her premiere stage play while studying at the University of Oxford, England. In May 2014, Wu completed her MFA on her in Film Production from NYU’s renowned Graduate Film Program. In her debut film, Wu weaves her theater background with cinematic storytelling. She Lights Up Well proves itself to be both endearing and intelligent, with a forthright sense of humor and kind-hearted voice. I had a brief moment to talk with Wu to talk about filmmaking, comedy, and of course, how She Lights Up Well will screen on March 15 and 16 at CAAMFest 2015. 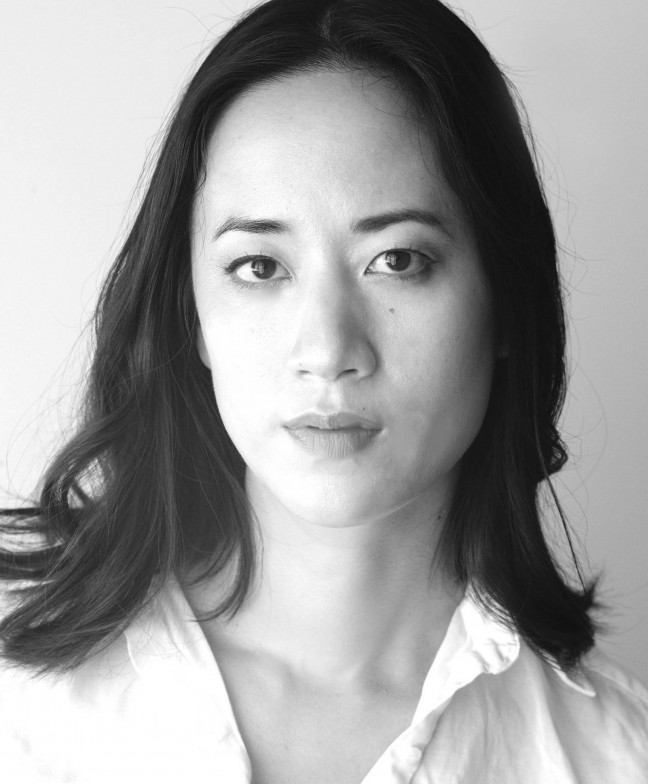 What inspired you to create in this film and Sophie’s character?
When I was growing up I never saw anyone that looked like me, in the movies or in T.V. shows. It wasn’t the stereotypes that bothered me, but I couldn’t conceive of a world in which someone who looked like me could be a normal human being. As I was writing the story, it was really important to me that Sophie was a person who was relatable, and a lot of people could empathize with and feel a kinship with. Her Asian-ness was definitely a part of who she was, but it definitely wasn’t the only thing. You know, someone like Lena Dunham gets to be a spokesperson for 20-somethings, but if you’re a person of color, you don’t have that same privilege where people think that you represent anyone. I just wanted her to be a normal human being. And that’s what I love about shows like the Mindy Project, you know, where she’s a relatable character as a woman in her 30’s whose trying to find love, trying to find who she is. A lot of times, your white counterparts, they get to be everything.

Yeah! I think it’s important to have films in which a person of color isn’t just defined by their oppression or their struggles, but also their personalities. Going from there, let’s talk a little bit more about Sophie’s character. She was quite funny! It was really great to see a young, Asian woman on film, on screen who was also really comedic.
This is a funny thing! Originally, the movie was a drama. Originally, I made this a short film to submit to CAAMFest and other film festivals. A lot of my professors in film school said that it felt a lot more like a feature film. So, I thought, “Okay maybe I’ll just make a feature-length version of this film.” And then, I just got sick of it. I was bored of the premise, I was sick of all the characters. It just wasn’t working. It was like a bad relationship, where you know it’s over but you keep trying to salvage it (laughs). I remember my boyfriend at the time said, “You should make comedies, actually.” I think at the time, comedy always felt like this thing where other people, like you had to be a part of this special club or have some special training. I didn’t feel qualified to make comedies. And it really had to do with giving [Sophie], a new goal of being home. It gave the whole thing a new life.

I just think that, this is me personally, and Sophie is somewhat like me, I just think that everything is terribly funny. Moreso than terribly tragic. And it was important to me to have someone relatable, whose smart and interesting, someone you could empathize with. For me, growing up, it was like there was nobody who even looked like me when I was at school. But in movies, it was like there were all these women who, I have all these sort of issues as an adult about seeing myself as a fully realized human being. Because I don’t think I ever saw that. It’s hard to see yourself as the protagonist in your own story if no one else does.

Totally. And comedy is a great way to give voice to a character, without having them stand on a pedestal to talk about race in the media.
Absolutely. Particularly Asian Americans, I think that the best thing we could do—and I’m not saying we lack racist jokes—but we could be more satirical. I think that being satirical is much more effective and palatable. For me, I wanted to talk about and I think a lot about race in the movie. But I think because it has this structure of a fun, satisfying film, and it’s meant to be funny, it just goes down a lot easier.

Do you have any special memories from production itself?
I would say, honestly, everyday, it was probably the best experience ever. So, my parents were just visiting and they just left, my mother was incredible. She was my executive producer in the film. She was amazing. She would wake up everyday, like at 4 in the morning, and make me eggs and drive me to set. She was everything. And I had to thank her again last night. We were falling asleep and I told her how grateful I was. The whole thing was one of the most beautiful experiences of my life. I became the person I wanted to be and I was doing what I always dreamed of. It was every bit as wonderful as I thought it would be.

It was like summer camp. Everyday I would wake up and I was so excited to go. In the beginning, we have the script revised. We had a fire. Our cinematographer dropped out two days before production. All these crazy things happened. It echoed the film where we banded together to make it work.

What words of wisdom do you have for other aspiring filmmakers?
Just to keep going. You can’t even imagine the amounts of rejection you’ll encounter. You have to find something in yourself to keep going. Some filmmakers have the advantage to have, say—the Sundance labs or a producer—to say, “Yes! You’re good at this!” But even then, that runs dry. Ultimately, you’re the only person who can keep it going. There were lots of times that I thought that this wasn’t going to work out. Even now, everyday, I think I cry [laughter] because literally, figuratively I put everything I have into making this thing. I’ve had a hard time trying to get it out into the world. I’ve had to face so much rejection every step of the way. It’s finding that belief in yourself that what you’re doing is worthwhile and important. No one else will do it for you.