Help us find the family featured in this footage, circa 1939.

While most of the footage in the Memories to Light archive is brought to us by friends of CAAM or families looking to archive their home movies, we’ll occasionally receive footage from other sources. The San Francisco Media Archive, Premiere Pictures International, Inc, and StoryCorps staff have all generously donated footage to Memories to Light. These “orphan films” that we have in our archive lack the context or family detail that the other films do have—there aren’t any names, dates, or locations written on the reels, making it much harder for us to identify the subjects of the home movie.

One of the “orphan films” in our collection was brought to us by film preservationist Ron Merk. It features a Japanese American family living in San Francisco in 1939. Originally found on a reel of 16mm Kodachrome, Merk shared the footage with us, and we are now looking for the family featured in the video. The film begins with a panning shot of a large family, young and old, gathered in a living room, facing the camera and preparing to take a picture. The camera pans again and we see that there is much laughter and joy in this house. The film also features the family taking a walk together through the Elephant Towers on Treasure Island at the 1939-40 Golden Gate International Exposition, and there seems to be a large number of family members featured. Later, we see the family having Christmas dinner and opening presents together.  There is also a part of the film that shows the main family shaking hands with a long line of people. Throughout the home movie, the recorder pans back and forth across their family to include as many people in the frame as possible.

The film could have been misplaced or lost during the incarceration of Japanese Americans, as many people were displaced, losing their homes and many of their possessions.

“[The film]’s in perfect condition,” Merk wrote. “We look at the information that comes from the seller or donor. In this case, all we had was that this was a San Francisco-based Japanese family in 1939. We then looked at the film can for markings. There were none. The film, itself, offered only one clue—the year the film stock was made. On the edge of most film stocks are little symbols, and these told us the year was 1939. We also look for names or signs or little title cards in the film, that might help in identifying who is in the film. In this case, there were none. So, what we have is a mystery to solve. This is why we brought the film to CAAM, to see if there was some means of reaching out to the community to find the family whose descendants might want to be re-united with these memories. The film was shown last September 26th at a CAAM show and exhibit at the Asian Art Museum. We posted some photos and contact information in one of the galleries, but to date, we have not found the family.” 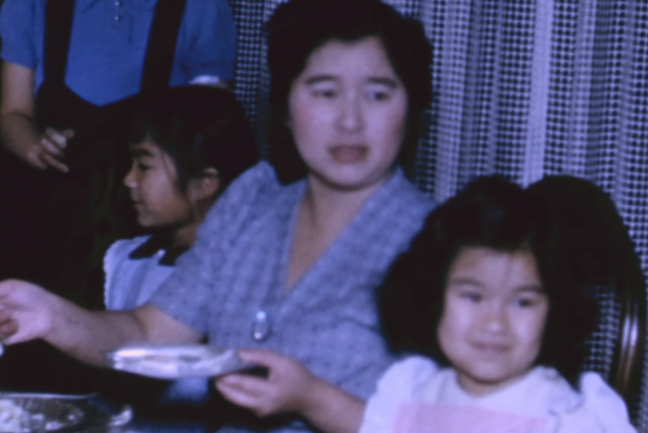 Families become separated from their footage in many different ways, whether it happens after the passing of a family member, or through a moving or garage sale, or if they are just thrown away. And that’s not all, according to Merk. “There’s the whole myth of saving them by digitizing them. People take their films to Costco or some transfer service, make DVDs and then dispose of the film….The films, if properly preserved in a temperature and humidity controlled vault, should last 100 years or more.  We have that much history with film, and that’s the basis of that assumption. So, if people want to ‘get rid of those old films’ because it’s too hard to project them, or they don’t want them any more, they need to make some attempt to get them to a professional archive and ask for help.” (Read the full Q&A with Ron Merk here).

What makes these home movies significant is not only that they are a visual representation of “life as it was,” but that their specific stories are moving and intimate. It’s our mission to reunite these families and their footage, as well as using each family’s stories to build a deeper understanding of an Asian American history.

If you or your family would like to digitize and archive your home movies, please fill out an application form here. If you have unidentified footage in your possession, let us know and we’d be happy to work with you to digitize and identify it. We’re always looking for more films to be added to the archive. 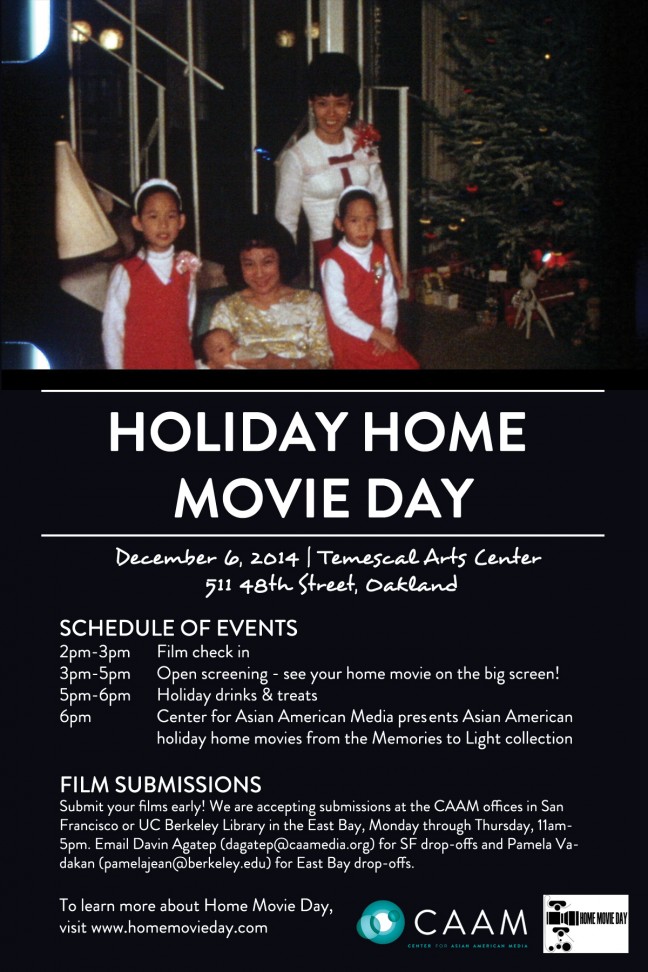