Gerry Balasta’s debut film THE MOUNTAIN THIEF uses a docu-fictional approach— rather than rely on professional actors, Balasta placed the task of dramatizing slum life into the hands of those who know it best: the actual residents of Patayas, one of the Philippines’ largest dumpsite “towns.” 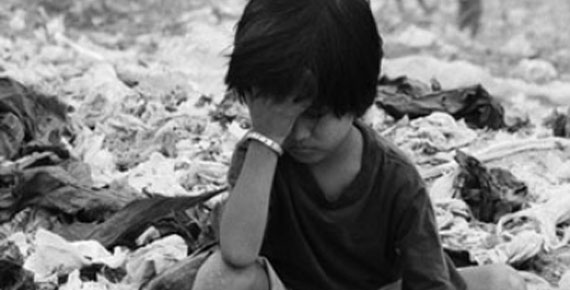 We asked director Gerry Balasta 5 questions about his film THE MOUNTAIN THIEF, which will World Premiere at the 28th SFIAAFF.

1. Can you introduce yourself and how you became a filmmaker?

My name is Gerry Balasta, I became a filmmaker because I wanted to tell stories. I had been practicing as an Occupational Therapist and while doing so, I had always been fascinated with the people that I work with—people and children with disabilities and how they cope with life. As I thought about it more, each and every person I meet and places I go to seem to have their own stories to tell. I felt compelled to tell these stories so I pursued filmmaking.

I think the medium of film is one of the most powerful tool to express oneself, to create and share ideas and even influence others. In my case, I had always been interested in the human interest stories and the human condition. With strong visual images and narrative, film is the perfect tool for my works.

2. How would you describe your filmmaking style and process?

For me everything starts with an “emotion” and I build off from that. It can be a feeling that I have for a human condition that I come across with or fondness for certain people or events. In the case of THE MOUNTAIN THIEF, I felt disturbed that people live off mountains of trash and at the same time, I appreciated that they ultimately love life and they hold on for hope so strongly. I then try to find a story with these seemingly opposite conditions.

For my filmmaking style, I have a strong fascination for structure and point of view. It is just amazing that in filmmaking all you have to do sometimes is change the angle of the camera or the lens, and it can represent a different point of view. I also love the creative possibilities that one can go in and out of time, fast forward to time or go back as far back as you want in history in order to move your narrative. I love using all these tools of storytelling and intend to use this for my next projects. With that note, I studied the works of Kurosawa, Tarantino, Innaritu and Meirelles before me as a reference to my filmmaking style.

3. What’s the story behind the story of THE MOUNTAIN THIEF?

It started with the opposite emotions that I felt, that of desperation and hope for the scavengers when I heard about these dumpsite towns and how they live on mountains of trash and at the same time, they are thankful that they are alive. I also used to work with a school for the blind as an Occupational Therapist in New York. I then pieced them together, with the premise that if a blind child lives on mountains of trash, what is his impression of his world? I then build characters of that on what each person’s reality is, and how they all view the mountains of trash and life. This is very reflective and universal like our own daily lives.

4. What were some of the challenges you faced in the making of the film?

There were a lot, starting with the shooting conditions. Shooting in mountains of trash was so difficult as the stench of the garbage pushes through your nose and can be unbearable at times. I think the brains adapt to it, after a few days of shooting, I didn’t have the same aversive reaction as the first day of the shoot.

Another challenge was the casting. It was very difficult to cast a blind child who can follow directions and act. Training the scavengers to act was also difficult, although we gave them salary, sometimes we’ll discover really good and natural actors. But after a while, because their living situations are so fragile, they have to leave and tend to their families and other survival related issues.

Getting a permission to shoot on location took a while as well. And security was an issue, as the town residents were inconvenienced when we were shooting and we got threats. We had to hire and beef up our security towards the end of the shoot.

5. What do you hope to achieve with this film? How are your goals as a filmmaker perhaps different than other directors?

This film emanated from a human condition and living conditions that are unknown to many. As I always believed in the power of film and storytelling, I hope to give other options for the scavengers who acted in this film apart from picking trash for the rest of their lives. I feel strongly that this is possible, as the film had already made a difference in the lives of two children, when we were able to raise money through the film for medical and surgical help.

I hope not only to bring awareness to the issue of extreme poverty but equally important, and a lesson that I learned during the process of making the film, is the lesson of hope, love and endurance that is present in what is possibly the worst living conditions in the world. If in the depths of this misery, they found love and hope,
there is no reason why all of us can’t find that as well.

My goal I think is different from other filmmakers as I would like to inspire change. Change by making a life breathe easier, by touching and making the lives of the actors a bit better, change by influencing how people think—that hope and love is enduring, no matter who you are, what you are up against and where you came from.
If I can inspire these changes, then I have met my goals as a filmmaker, as a storyteller.