Freida Lee Mock is an Oscar Award-winning documentary filmmaker (Maya Lin: A Strong Clear Vision), whose most recent work is Anita: Speaking Truth to Power. The documentary is about Anita Hill, a woman who was thrown into the national spotlight during the confirmation hearings for Supreme Court Justice Clarence Thomas; Hill was subpoenaed as part of allegations of workplace sexual harassment against Thomas.

As someone who came of age in 1991—I was in 8th grade when the hearings were widely televised—I remember understanding very little about what the media spectacle was about. It seemed like Hill herself was on trial. Despite her testimony, Thomas was confirmed as a Supreme Court Judge. The saga was an intersection of race, sex and politics.

The film was recently released in theaters, opens this weekend in San Francisco, and continues to play in Berkeley, New York and the LA area. The film opens up in five additional areas on April 4: Atlanta, Chicago, in Waltham and Boston, Massachusetts, Seattle and Washington, D.C. and in Tulsa on April 11. Check here for the full schedule. Mock will be present the Q&A in Laemmle Royal Theatre in LA this weekend, and the opening weekend in Washington, D.C. April 4. Hill will be at the Q&A next weekend on Friday at Waltham and Saturday in Boston. Hill is an attorney and professor at Brandeis University in Waltham, Massachusetts.

I chatted with Mock about what subjects inspire her as a filmmaker and the most unexpected things she learned from making this documentary. 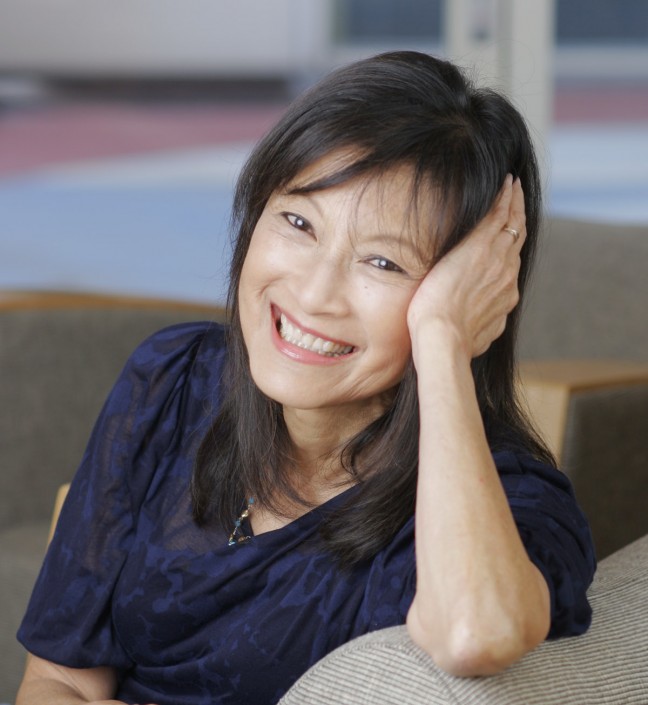 Can you tell us a little bit about your background and how you got into filmmaking? And as an Asian American woman, were you ever discouraged, or were you encouraged, to enter this field?

I wasn’t encouraged by my parents to go into the arts. As immigrants from China, they wanted me to become a doctor, or enter more traditional professions. So I wasn’t encouraged to be a filmmaker but they were really wonderful parents. I studied English and History at UC Berkeley, and I just fell into the field (of filmmaking). One day I just came up with the idea and said, ‘Hey, I want to become a documentary filmmaker.’ I  live in Los Angeles and I was lucky to start working in a really great company. I learned to make films by working in the field.

Was it your first profession?

I started teaching, but it was the most difficult job I ever had. I was teaching high school kids. It was really wonderfully challenging.

You’ve done a lot of documentaries that are portraits of individuals like Maya Lin, Anne Lamott, Tony Kushner, Ehren Watada, and now Anita Hill, just to name a few. What draws you to this type of storytelling?

The films all have very strong protagonists, you might say, but it’s also for me, a really great way to explore characters and themes in a very intimate framework with a real person who the audience can really identity with.

What inspired you to make a documentary about Anita Hill?

The opportunity to direct a film on Anita came up just before the 20th anniversary of the hearings, in 1991. I  felt that the 20th anniversary offered a chance, with distance and hindsight, to really look at who Anita is, what happened to her, and also look at the issue of sexual harassment—what it was like in 1991 and why it was such a sensational hearing on a very unknown idea of sexual harassment. And then to see today, where are we in terms of reforms that need to be done in terms of sexual harassment in the workplace, on campuses, and military sexual assaults. One out of five women, they say, will be raped on campus. This is a problem that has been going on for decades.

It’s an issue that really is finally being addressed. I think it all started in a sense with a dialogue that began in 1991 with Anita Hill’s graphic testimony before the Senate Judiciary Committee—a testimony that was televised throughout the nation and the world. It  put a spotlight on the scandalous situation of sexual harassment in the workplace. Anita Hill’s testimony brought the issue of sexual harassment out of shadows, so to speak. Before, if you asked your mother or your aunt or grandmother or grandfather what their experiences or knowledge about sexual harassment (in the workplace) were, it wasn’t talked about, it was a shameful experience. Sometimes, to protect your job, you put up with it. But after 1991 and the hearings, Anita is really responsible for advancing public discourse and advancing workplace rights for men and women since then. At least now, people know that’s there’s recourse. 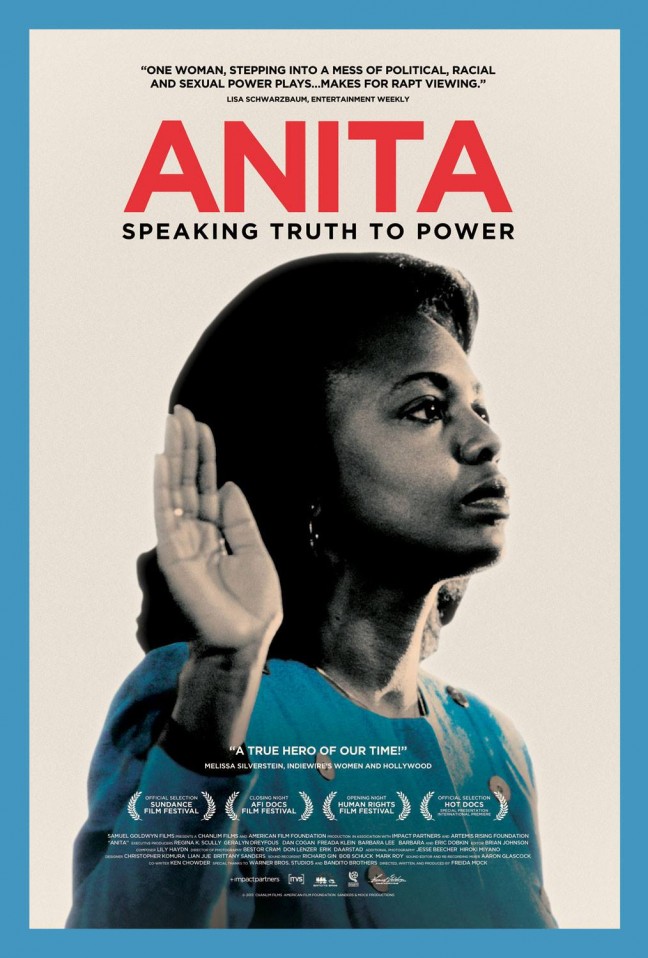 What are you hoping to achieve with the documentary in terms of who you want to reach and any dialogue that may happen after the film?

One of the hopes of the impact of the film is that it will provide dialogue about issues that were brought up, both about who Anita Hill is and about the issue that’s very relevant today to the lives of young women and men entering college, the workplace, or military. As you can see, she was very brave. Well, she had no choice, she was subpoenaed—but she conducted herself with such dignity and such clarity about what she had experienced. I hope the film not only inspires dialogue on these issues, but also helps people’s understand how they can make a difference. Particularly, I would hope it inspires the next generation, the young people, to be involved in seeking and protecting their rights.

And Anita wanted to participate in the film. With the 20th anniversary approaching, so many of the students she was teaching were born after the hearing and they are the beneficiaries of what started in 1991. We’ve made great strides, but there are still areas for reform. They are the next generation and are also the ones we rely on to advance the rights of all people.

Were there any moments that really stood out to you, making the film, or at any screenings?

After going home with Anita, to the farm where she as raised outside of Tulsa, OK, where her grandparents settled after being threatened with lynching in Arkansas, I realized it was a very personal family story as well—where her family came from, and how they worked hard, like any American family. It was a very large family—she was the last of 13 kids. It’s not only an American story, but a (story about a) quintessential African American family. Her grandfather was a slave—property, and then within one generation, he was a property owner. Her family experienced slavery, freedom, the Jim Crow era, and then they saw the benefits and hopes of the Civil Rights Movement of the 60s. And (Anita) is a beneficiary of that because she came of age when the Civil Rights Movement was happening and she could see the hope that that offered.

Anita’s family is so happy that their family story is told in the movie. I think in 1991 with the (Senate) hearings her family went through a very hard time to see the family criticized through the attack on their daughter during and after the hearings. And now, 20 plus years later, in this film, we see a fuller, true picture of her and her family’s story.

This interview has been edited for length and clarity. See the film’s trailer here.