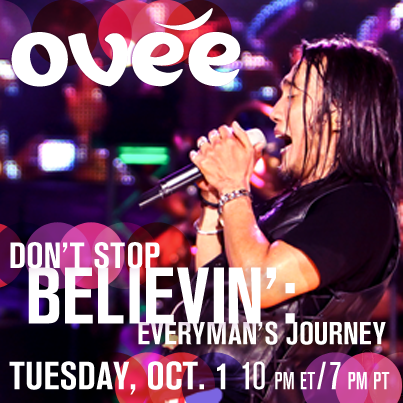 The documentary follows legendary rock band Journey as they undertake the daring venture to find someone to fill in the very big shoes as the band’s new lead vocalist.  Just when the band members were on a verge of giving up all hope, they find their new singer on YouTube of all places; Filipino singer-songwriter, Arnel Pineda. Watch the documentary to follow this discovery from the audition and the first show with the band, and ultimately when Journey shows off Pineda to the world on their “Revelation Tour “in the United States, and finally to the Philippines.

Read on as CAAM Public Media Director Sapana Sakya asks Director Ramona Diaz on her latest film, her own”journey” as a filmmaker, and what’s on the horizon!

DON’T STOP has become quite a commercially successful film, did you expect this to happen, how do you feel about it being so popular?

I thought it would happen because it’s Journey and because of the nature of the story.  But you never really know how things will hit the market place.   And the fact that it’s perceived as really popular is great.  I couldn’t ask for anything more. But, I also am not used to having such a popular film, I don’t usually make films that are so easily digestible. It’s different from my other films because that’s what the story happened to be. Arnel was successful as the new lead singer of Journey. Had he not been successful, it would’ve been a completely different film, and I guess a darker film.   I don’t know how popular it would have been then.

What kind of impact would you like this film to have? How has the documentary made an impact on Arnel Pineda’s life and on those around him?

I just want people to have a good time and be inspired.  I just came back from Morocco and screened the film a few times.   In most of the screenings, a majority of the audience did not know Journey.  It’s always interesting to show this film without cultural context, no cultural baggage, just pure story and music obviously! They’ll either like the music or not. And yet the story comes through, you know?  Arnel really is documentary gold. The camera loves him, and his story really transcends any cultural specificity.   They still feel a kinship with him, even when it was translated and subtitled from Tagalog to Moroccan Arabic, there’s still something there, a spark, a real kinship with Arnel.

As for the impact on Arnel – suddenly, he’s meeting people who have seen the film, and who like the music but who aren’t already “fans”. When we first screened it (the film) for the band before we premiered at Tribeca Film Festival, he was so nervous he couldn’t sit in the theater. His manager John Barruck said, “Arnel, you have to be in the theater because you have to get used to it!” And that he was going to have to see this with strangers and this was a chance to see it with friends.  So he sat there and he liked it, but it’s still hard for him to watch himself on the big screen. With Filipinos, there’s an extra special something. The kinship is tenfold, right? Something very emotional happens when I screen it for mostly Filipino, Filipino-American audiences. It’s very touching.

You have become quite prolific in the past few years, what’s your next project and do you think the success of DON’T STOP will lead the way to other more popular/ commercially viable films for you?

I don’t know if it will lead to more commercially viable films, if it does, that’s great.   It was such a feat to produce DON’T STOP.  It comes on the heels of my last film, THE LEARNING.   They  actually overlapped and so mentally it’s been a stressful few years. Right now, I’m doing a short that I can manage to do within a few months. I’m certainly open to doing more commercially viable work, I just haven’t had time to really think about what’s next. I have dream projects but I like keeping it close to the vest because I’m superstitious (laughs). I don’t like talking about my dream projects in public.

How has the way you approach documentary filmmaking changed since your early days with your film SPIRITS RISING? What has stayed the same?

I think my process and the way I think about film has remained the same . In terms of the stories I choose – I like great characters, I like big themes.  But how I go about shooting has changed. I think I’m more zen about it now. One of the reasons why I love making them (documentaries) is because it’s a constant surprise. I think all filmmaking is a surprise, but more so with documentaries. You have a few pages of an idea, right? Like Journey finds Arnel through the Internet…and then you go from there. You have no idea what’s going to happen, because it’s life unfolding in front of you. Even with  Imelda Marcos (who I filmed), an historical figure, everyday I had no idea what she was going to give me. That’s what I love about documentaries.

In the beginning it was all about control, what’s happening in front of the camera, what they are going to say, now I think I’m more relaxed. One of my film teachers actually told me that people will always give you what you need.  In those amazing moments when they do something so incredible and you want to rush to the camera and try to capture it, never rush because if they did it for you once, they’ll do it again because they want you to capture it.  And that’s so interesting because it’s counter-intuitive.  But I found he was right.   If you stay long enough, they’ll do it over and over again.

Is there another Filipino women’s issue film in your future?

Yes, actually. I’m writing it right now.  I’ve written (narrative) scripts before that have lost momentum.  But this one I’m actually gaining momentum for so I’m very excited. Also, I’m actually doing a film about maternity rights in the Philippines. It’s been funded by Chicken and Egg and Sundance and ITVS through the Diversity Development Fund. It’s called THE BILL, and it’s about maternity and reproductive health of women in the Philippines.

Many filmmakers seem to be branching out into narrative work as well, any plans for a narrative film in your near future?

(Laughs) Funny you should ask. When Imelda came out, close to ten years ago, people kept asking me that but it was the farthest thing from my mind because I felt I wasn’t ready to tackle fiction. I don’t know what it was, fear of the technical aspect? That’s one thing I learned. I’m more comfortable not knowing everything about the technical aspects of filmmaking. Because I know I can hire people who can do that. All I have to do is describe what I want and a great cinematographer will do it. So I don’t feel like I need to know it all now.

How did you first get acquainted with CAAM and how has the organization played a role in your filmmaking career?

Oh my goodness. I knew CAAM when it was still NAATA (National Asian American Telecommunications Association). NAATA, now CAAM has been pivotal in my filmmaking career. When I was producing my thesis film, they saw it and actually programmed it at the film festival (SFIAAFF), and right after that the late Janice Sakamoto, she was fantastic, asked me what I wanted to do next.  I told her just off the cuff “I want to make a film about Imelda Marcos” not knowing whether I’d have access to her, not knowing if it was even feasible. And it was Janice who said write a proposal, send it to us and we’ll see what we can do. And I actually got the first money for my first film, aside from my thesis film, from NAATA.   So without CAAM, I don’t know where I’d be. They’re really supportive and are a cornerstone of my work.

We have some very fond memories of you and your films especially around festival; can you tell us some of your memorable moments with CAAM?

I think it’s going back to SPIRITS RISING my thesis film.  It was so early in my career as an independent filmmaker. I had no idea about festivals, or what to do next, and they programmed it for an audience, outside my little cohort of graduate students and teachers. And showing it to an audience not related to me was so mind-blowing, and that was because of CAAM. That’s an indelible memory. That and the Closing Night screening of IMELDA was fantastic. I remember the theater was filled and it was a very interactive screening, because the audience was just so “in there” with Imelda, it was so incredible, and it was probably one of the best screenings of Imelda ever. I also think the Q&As are just different from other film festivals. You get a lot more questions about identity, and I really welcome those questions.

Here’s the trailer of “Don’t Stop Believin: Every Man’s Journey” 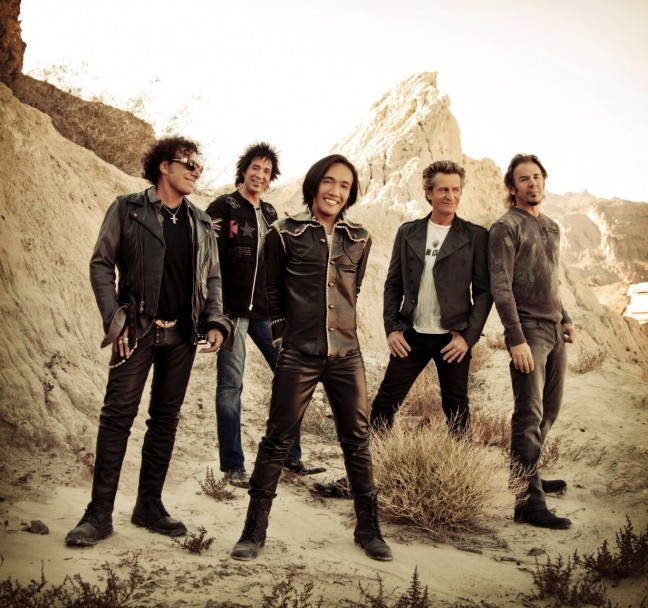