Passed away in her home in Bethesda, Maryland, on May 31, 2013. Born in a small village in southern China on September 15, 1946, Laura traveled to the U.S. when she was sevenmonths old, and grew up in Brooklyn, New York. After earning a masters degree in history from The George Washington University in 1971, Laura remained in the D.C. area for the rest of her life, where she became a strong advocate for Chinese and Asian-American rights. Laura served two terms as Executive Director of the Organization of Chinese Americans (OCA), fighting for immigration law reform and against anti-Asian violence, in addition to adding many new state and local OCA chapters around the country, and raising substantial financial contributions for OCA. Laura also served as a writer and editor for a number of pioneering reports by the U.S. Civil Rights Commission.  For two years, Laura served as the Chief Public Information Officer for the Office of Special Counsel of the U.S. Merit Systems Protection Board, and worked on Professor S.B. Woo’s campaigns for Lt. Governor and Governor of Delaware.

Laura loved her final working years at the Montgomery County, Maryland Department of Transportation, promoting public transportation. She received the Department’s Professional Employee of the Year Award. After retiring in 2006, Laura spent many hours teaching English to and preparing recent immigrants for the U.S. citizenship test.  Laura is survived by her husband Law Professor Peter Meyers, her son U.S. DOT Civil Rights Officer Aaron Meyers, her sister Betty Lee and brother Terry Chin, and by many friends and family members who will miss that rare person who was a powerful and tireless advocate for the causes in which she believed, and also a person who was loved by all who knew her. Memorial contributions may be made to the OCA National Headquarters, 1322 18th Street, N.W., Washington, D.C. 20036. 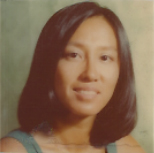 The Center for Asian American Media remembers Laura Chin,
who served on the board of NAATA (then CAAM) from 1983 to 1991.