This is a FREE EVENT but space is limited! Be sure to RSVP: mediafund@caamedia.org

CAAM is excited to announce the presenting producers and jurors for our 2nd annual READY, SET, PITCH! panel at CAAMFest 2013. Each project will be pitching for a $5,000 Research and Development award to be decided by the jury.

We have a great group of producers working in narrative, documentary and transmedia. Keep an eye out for each project’s Kickstarter or Indiegogo page that will go live during the festival.

In the meantime, read all about our producers and our illustrious Ready, Set, Pitch jury. You can check out all of the finalist’s pitches on our YouTube! 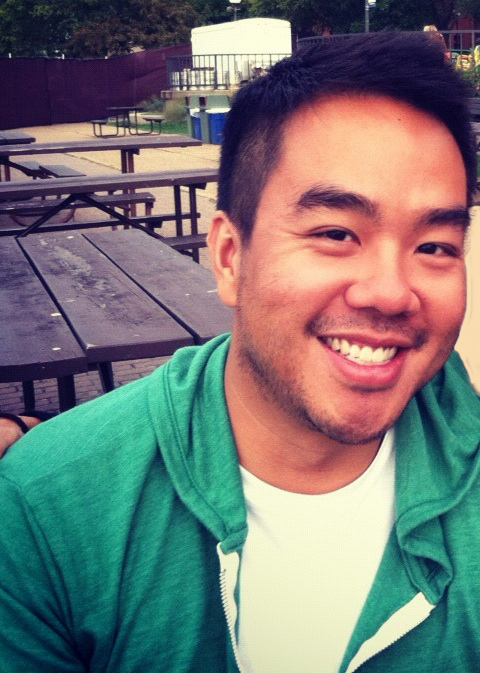 David Au is a writer, director, producer and editor who attended Los Angeles Film School in 2002 where he wrote and directed FRESH LIKE STRAWBERRIES which went on to play at film festivals and was featured on LOGO’s 2008 Click List and MNET’s 2011 Short Notice. He also directed THE BOXER which was featured on MNET’s 2011 Short Notice. David’s editing credits include two feature narrative films THE AMERICAN DREAM and AUGUST .  He recently edited a feature documentary BODY SEX WITH BETTY DODSON depicting the work of famous sexologist Betty Dodson in New York.

EAT WITH ME. In this foodie dramedy, the shy, middle-aged Emma flees her decaffeinated life to crash on her gay son’s couch, ultimately renewing the mother-son bond and their appetites for life. 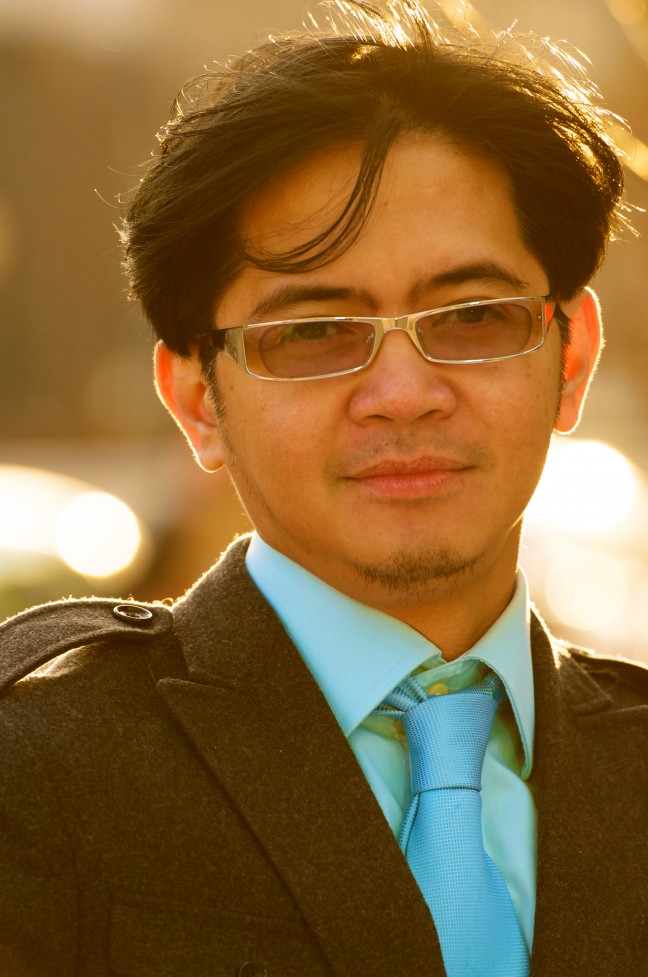 Gerry Balasta first starting working in film when he returned to the Philippines and instituted an acting workshop for the residents of the Philippine’s largest garbage-collecting town. Graduates of the workshop acted in his first feature film THE MOUNTAIN THIEF. The film was selected to screen at the prestigious 2008 IFP Narrative Rough Cut Labs in New York. In 2010, the MOUNTAIN THIEF won the SPECIAL JURY PRIZE at its World Premiere at the CAAMfest as well as the PRIX DU PUBLIC at CciIFF, Soreze, France and the GEORGE C. LIN EMERGING FILMMAKER AWARD in Washington D.C. In 2011 Gerry founded THE MOUNT HOPE PROJECT, a non-profit with the mission of using films and the arts to create a direct impact on lives. The organization is now sending six children of the actors from THE MOUNTAIN THIEF to school on scholarships. THE SOLAR CHAMPION continues Gerry work extending his advocacy efforts to energy poverty and renewable energy.

THE SOLAR CHAMPION is a film and transmedia project about the solar bulb invention and the 1.3 billion people who live with no access to electricity. 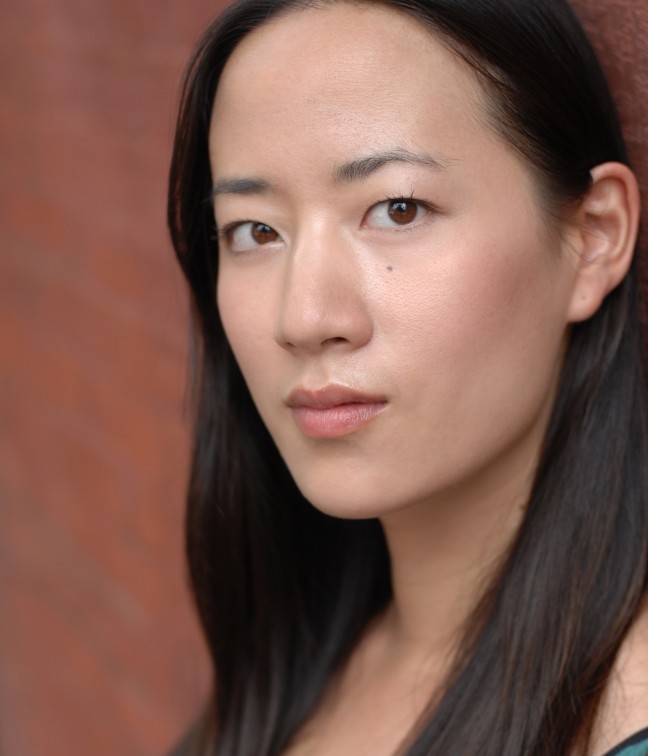 Joyce Wu grew up in the suburbs of Detroit. She wrote, directed and produced her first stage play at the age of 20. She went on to become a founding member and the literary manager of Mir Productions, an Off-Off Broadway theater company. After seeing her New York debut, Backstage hailed her as “a promising young playwright.” To support herself as a struggling artist, she worked a variety of odd jobs including a stint as a counter person in a chocolate shop. Along with having multiple film and television credits, she has appeared in numerous plays in theaters all over New York. She was awarded a Maurice Kanbar Institute fellowship and a scholarship from the Academy of Motion Picture Arts and Sciences to pursue her master’s degree in Film Production from New York University’s prestigious Graduate Film program.

THE REAL MIKADO. An out-of-work actress in New York runs out of money and moves back in with her parents in the suburbs of Detroit. Her hometown’s cash-strapped city council wants to shut down the community theater.  In order to try to save the theater, she attempts to direct a production of Gilbert & Sullivan’s opera “The Mikado.” 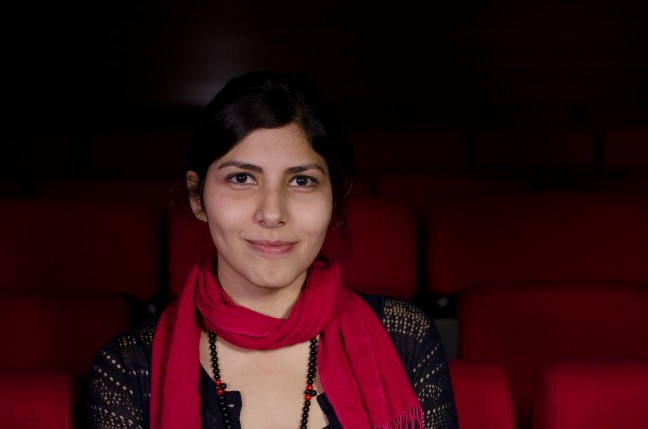 Sara Khaki was born and raised in Tehran, Iran. She graduated from the University of Maryland Baltimore County (UMBC) with her BFA in Film/Video, and the School of Visual Arts (SVA) with her MFA in Social Documentary Film, where she was a Social Documentary and an Alumni Scholarship award recipient. After graduating from SVA, Sara interned with Isotope Film Productions as an assistant editor on a feature length documentary about Elaine Stritch called ELAINE STRITCH: SO SHOOT ME. She also had the privilege of assisting Academy Award-winning filmmaker Barbara Kopple on her upcoming film THE NATION. She now holds the position of New Social Media and Production Associate at Firelight Media, working closely with the production team on their upcoming three part PBS documentary series THE PANTHERS: SEIZE THE TIME.

FACING THE MIRROR. Through the stories of an Iranian-American plastic surgeon and the survivors of war that he treats, FACING THE MIRROR presents a poetic meditation on unexpected events that shift the course of one’s life. 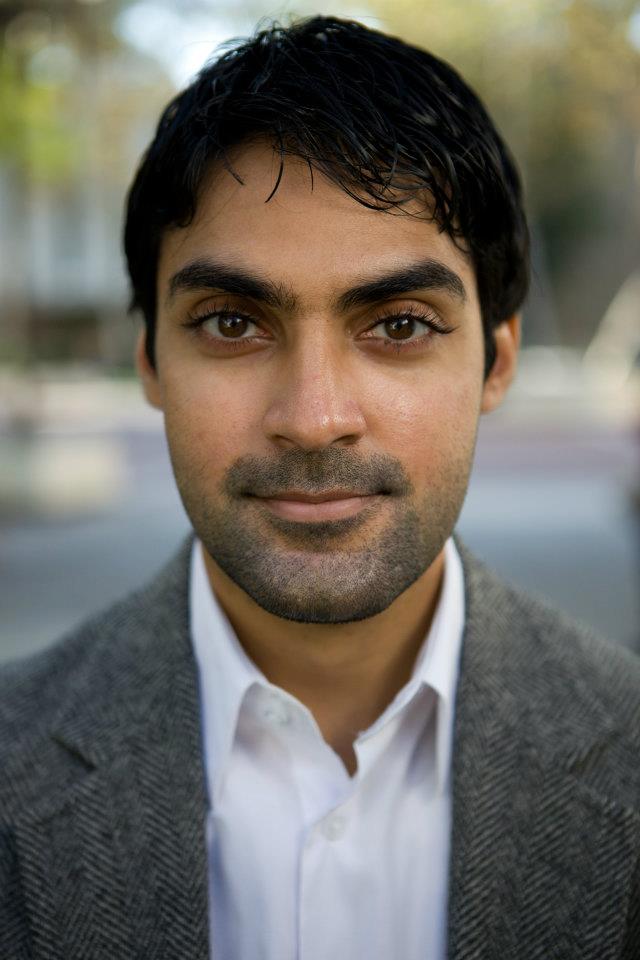 Faroukh Virani is currently pursuing an MFA in Film Production at USC’s School of Cinematic Arts. After graduating from NYU’s Tisch School of the Arts in 2004, he was involved in editing documentaries and original reality television. Growing up, his parents operated an Indian video rental store resulting in the style of Bombay cinema to greatly influence his work. The melodrama and spectacle of ‘Bollywood’ inspires Faroukh, and he hopes to contribute by exploring small-scale human dramas with Indian characters in diverse genres.

VIMANA. After the flight commander of an Indian deep space mission passes away, the second in command must find a way to reach the destination planet in the shadow of his former captain.

Lee Ann Kim is the founding executive director of Pacific Arts Movement (formerly San Diego Asian Film Foundation), presenters of the San Diego Asian Film Festival. A graduate from the University of Maryland, College Park with a degree in Journalism, Lee Ann worked in television and radio for more than 16 years. She has served on a media arts grant nominating committee for the Rockefeller Foundation, juried film festival grants for the National Endowment for the Arts, and served as a juror at the EBS International Documentary Festival in Seoul, South Korea. She also co-produced the animated film ETERNAL GAZE, which won Siggraph’s 2003 Grand Jury award.

Shaady Salehi is Executive Director of Active Voice, a San Francisco-based organization that tackles social issues through the creative use of film. With a decade of experience working at the intersection of media and social change, Shaady oversees Active Voice’s diverse portfolio of film campaigns and provides consultation to filmmakers and funders about using stories for social impact. She has spoken extensively at conferences and film festivals around the country, and has sat on review panels for San Francisco Film Society and the BAVC Producer’s Institute. She holds an MS in strategic communications from Columbia University and an MA in cultural anthropology from the University of California, Davis. 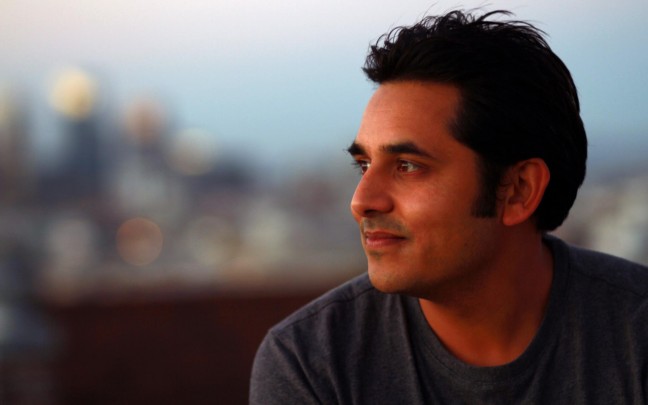 Jigar Mehta is the Director of Operations at Matter where he is looking to support entrepreneurs building a more informed, connected, and empowered society. His current project is 18 DAYS IN EGYPT, which is powered by GroupStream and supported by Tribeca Film Institute and Sundance. He has been honored to be a Knight Journalism Fellow and a video journalist at The New York Times. He is currently a board member with the South Asian Journalists Association. He holds a BS in mechanical engineering and a MJ in Journalism from the University of California, Berkeley. 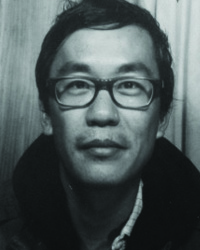 Chi-hui Yang is a film programmer, lecturer and writer based in New York. As a guest curator, Yang has presented film and video series at film festivals and events internationally, including the MoMA Documentary Fortnight, Robert Flaherty Film Seminar (“The Age of Migration”), Seattle International Film Festival, Washington D.C. International Film Festival and Barcelona Asian Film Festival. From 2000-2010 he was the Director and Programmer of the San Francisco International Asian American Film Festival, the largest showcase of its kind in the US. Yang is also the programmer of “Cinema Asian America,” a new On-Demand service offered by Comcast, teaches at Hunter College and Columbia University and currently is a Visiting Scholar at New York University’s Asian/Pacific/American Institute.