Check out these festival favorites that have been recently released on DVD! A Thousand Years of Good Prayer, Princess of Nebraska, Santa Mesa, and Sita Sings the Blues are now available for home viewing. 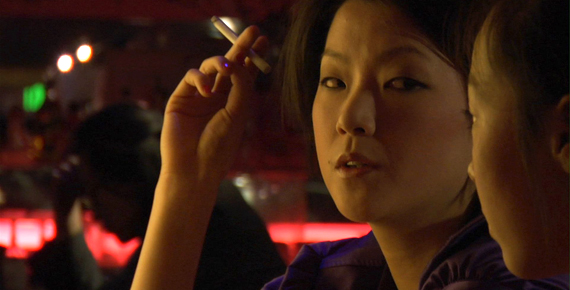 Check out these festival favorites that have been recently released on DVD!

A THOUSAND YEARS OF GOOD PRAYERS

Wayne Wang’s return to Asian American storytelling focuses on Beijing native Mr. Shi, who visits his estranged daughter, Yilan, in America. Language and emotional distances hamper Shi’s adjustment as both he and Yilan struggle to overcome their respective pasts. Quiet but complex, A Thousand Years finds Wang at his intimate best.

This kinetic and edgy companion film to Wang’s A THOUSAND YEARS OF GOOD PRAYERS, follows Sasha, a young, pregnant woman who arrives in the Bay Area for an abortion. As she wanders through San Francisco, she contemplates the value of love, friendship and her impending decision

Sita Sings the Blues is a musical, animated personal interpretation of the Indian epic the Ramayana. The aspect of the story focused on is the relationship between Sita and Rama, who are gods incarnated as human beings, and even they can’t make their marriage work. Purchase the dvd now at http://questioncopyright.com/sita.html.

n this striking feature debut by Ron Morales, a young Filipino American must return “home” after the death of a loved one. Unable to speak Tagalog and culturally isolated, he must face the aftermath of his mother’s death alone, until he befriends an older photographer and takes an interest in a mysterious and beautiful woman. Now available exclusively through amazon.

TAKE OUT – Out on DVD on September 1

Authentic, suspenseful, funny, and alive with surprising detail, Shih-Ching Tsou and Sean Baker¹s Take Out ³takes no false step as a scrupulous and socially conscious slice of life² (Nathan Lee, The New York Times), revealing an unseen world of illegal Chinese immigrants at work in New York City. This, raved the Village Voice, “is as exceptional as micro-budget cinema gets.” The DVD packed with extras such as commentary, interviews and deleted scenes will be released Sept. 1st by Kino Entertainment. It is available for purchase on Amazon.com and for rent on Netflix.com.

Wolfe Releasing announced the acquisition of Jennifer Phang’s HALF LIFE. The films will simultaneously be released on DVD with an “expansive” VOD campaign through Warner Brothers Digital Distribution. Look for this title in the near future!

It’s the end of the world as we (almost) know it in this apocalyptic family drama involving a sister and brother trying to cope in a near-future suburban California. Compared to everything from DONNIE DARKO to AMERICAN BEAUTY, this Sundance success marks the debut of a promising, truly independent artist.