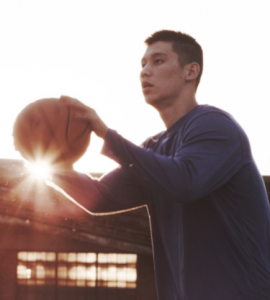 Get your tickets to Linsanity here

Directed by San Francisco native Evan Jackson Leong, “Linsanity” captures the man and the cultural phenomenon that took over the NBA nation in February of 2012: basketball sensation Jeremy Lin. Straight out of its World Premiere at Sundance Film Festival, “Linsanity” gives the audience courtside seats to Lin’s sudden rise, masterfully capturing the energy and frenzy that swept up this Palo Alto baller through a trove of home movies, jaw-dropping game footage, and intimate interviews with family members.

The evening continues with the Opening Night Gala reception at the Asian Art Museum with Director Leong in attendance. Coupled with culinary creations from some of the Bay Area’s most talented and innovative food purveyors, including Distillery 209, Dosa, Namu Gaji, Serpentine, and Socola Chocolates, the museum opens its doors with an exclusive viewing of China’s Terracotta Warriors

Watch the first minute of the film: