Continuing its legacy in innovative media experiences, CAAM is excited to announce
the dates of the next edition of its Asian and Asian American film and media showcase,
(renamed CAAMFEST) which will take place in the Bay Area March 14-24, 2013.

Highlighted films and special guests will be announced late January, and a full press
conference will be held on February 13, 2013 at the New People Cinema (746 Post
Street, San Francisco).

Characterized by its forward-looking programming and eye for innovation, 2012’s 11-
day festival brought an estimated 20,000 attendees. Through live events, multimedia
performances, and expanded ventures into the music and culinary worlds, the Festival
has embraced new forms of artistic expression with the spirit of curiosity and adventure.
Always pushing new ideas for creative ways to experience media, CAAM will continue to
stretch the concept and breadth of its Festival in 2013.

The annual festival is part of CAAM’s commitment to supporting emerging Asian
American talent, providing an outlet to showcase their work. It has long been a first-look
launching point for new films and media projects, having introduced many Americans
to the early work of numerous filmmakers who have gone on to great commercial and
critical success: Wayne Wang, Mira Nair, Ang Lee, Sandra Oh, Deepa Mehta, Justin Lin,
John Cho, and Gurinder Chadha, to name a few. 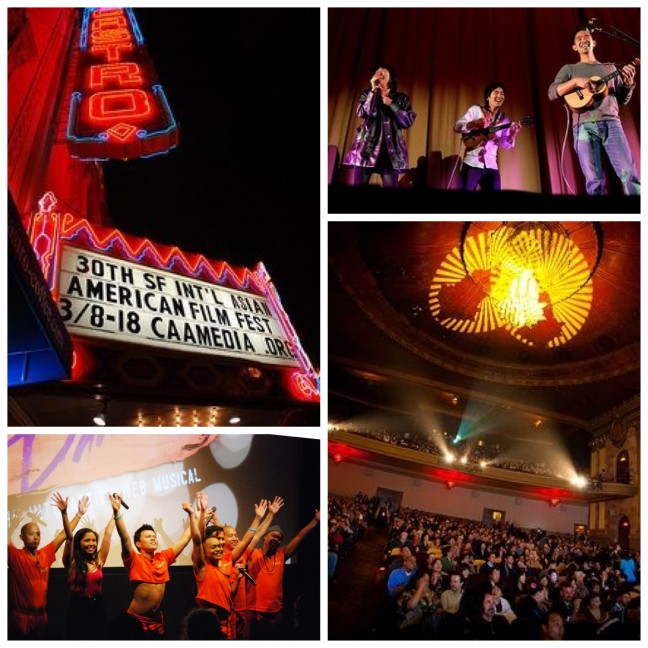 About CAAM:
CAAM (Center for Asian American Media) is a non-profit organization dedicated to presenting stories that
convey the richness and diversity of Asian American experiences to the broadest audience possible. CAAM
does this by funding, producing, distributing and exhibiting works in film, television and digital media. For
more information on CAAM, please visit www.caamedia.org.