Last night at the Ninth Street Independent Film Center, a crowd joined filmmaker Debbie Lum for an exclusive look at unreleased web content and discussion of her latest documentary “Seeking Asian Female“. This was co-produced as part of 9th street’s ‘Work It’ series!

Guests and CAAM members were treated to a reception featuring food from Saucy Dumplings & Farmer Brown and drinks from ITO EN and Chateau Ste Michelle before the event. The crew of Seeking Asian Female and CAAM staff was also there to mingle with guests.

Some highlights from the discussion with Director Debbie Lum:

“What’s common is these men have had bad experiences with women of their own race.”
“It wasn’t just Caucasian men, there were African American, Latino men…There even was an Asian American guy who had an Asian fetish.”
“When a real person started living with him (versus just e-mailing) things changed.”
“All men with Yellow Fever who were interviewed wanted a voice. They felt like it was important to who they were.”
“Look at her she’s cute! Even if she’s weird…it’s still OK!” (from the documentary)
Question: Do you have to be white to have “yellow fever”?

Some photos from the event! 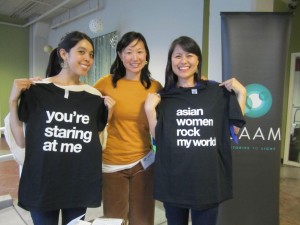 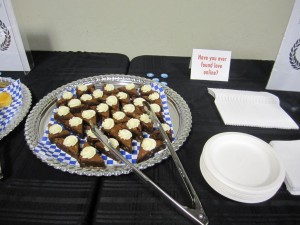 Director Debbie Lum shows off her t-shirts! The sign on the right says “Have you ever found love online?” 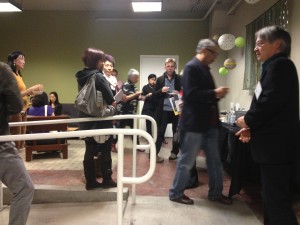 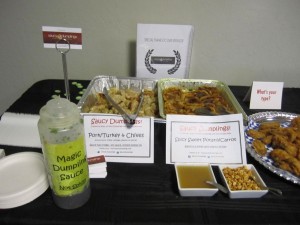 Guests and CAAM members arrive for the reception. Saucy Dumplings for all! 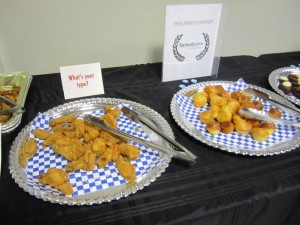 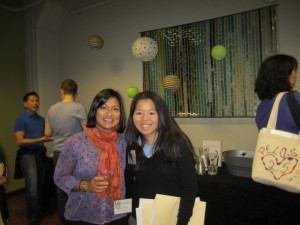 On the left, a sign reads “What’s your type” above chicken from Farmer Brown. On the right, CAAM staffers Sapana and Jen. 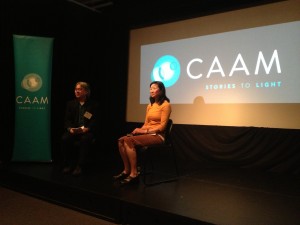 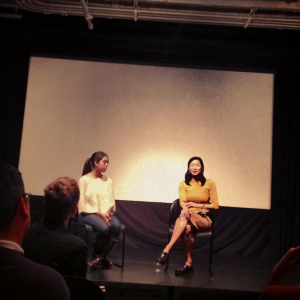 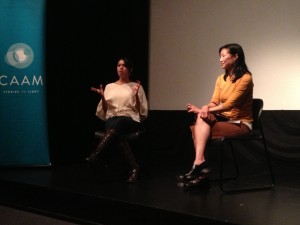 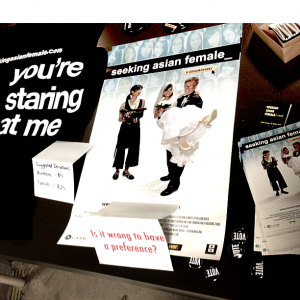 Thanks to all who attended!  Sign up for CAAM Connect for future events! Want to be a CAAM Member? Sign up here.

Check out the trailer for Seeking Asian Female below! Stay tuned for a PBS broadcast and visit www.seekingasianfemale.com for updates.