Patrick Wang’s new film IN THE FAMILY is an outstanding, original American masterpiece, opening across the country this month, and at the Metreon in San Francisco on April 27th, 2012. (It will play for 3 days, and if it does well, will be extended.) Set in Martin, Tennessee, the film explores the meaning of family and relationship, and finds that the path to wholeness lies in overcoming adversariality and kindling connection.

That it does this through a gay protagonist makes it more than a film – it is a remarkable lens on current social issues that makes it clear: only through the heart, and through understanding, can we resolve our differences. The film has won a slew of awards, including the Emerging Filmmaker and Best Narrative Award at the 30th San Francisco International Asian American Film Festival (SFIAAFF), the “Cannes of the Asian American Film circuit.” It was also a NYTimes Critics’ Pick”. 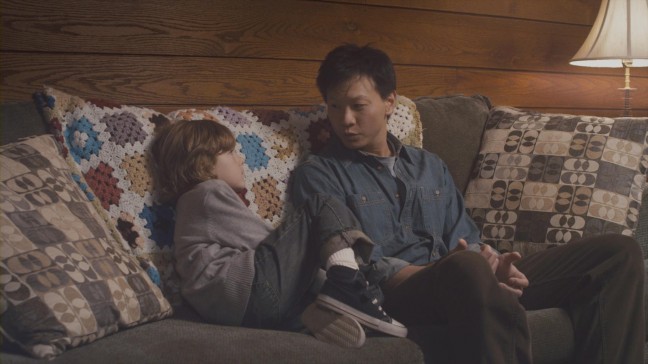 In a nutshell, the exquisitely paced, nearly 3-hour long film showcases a two-daddy family with a young son; there is a tragedy in which one partner dies, and a custody battle ensues over their son, Cody. I saw the film at this year’s SFIAAFF, and spoke with director/writer/actor Patrick Wang. He had a lot to say about his own artistic journey, and about “Daddy Love”.

His film gives ample opportunity for the audience to connect with memories of their own families and fathers, and process them in the container of the loss, rift, adversarial escalation and reconciling de-escalation of the film. As Wang said, the performance of the actors is just one piece of what happens – the rest comes from the “generosity” of the audience to put themselves into the space, “next to these people”. “That’s what deepens the connection to the characters. It feels like a real luxury (to have) three hours to think about our families, and our losses. In a lot of people’s lives, these things don’t get addressed for years – for decades.”

IN THE FAMILY is a very therapeutic film. The director talks about people who deal with loss “elegantly, and keep moving forward…it’s never about them…In the same way, the film has a lot of ache, but it moves forward, with hope and companionship.” He also emphasizes that while the film deals with a gay relationship, “it’s not a message piece – it’s a portrait, on a range of feelings, on a range of topics.”

His experience as a creative individual speaks volumes as well. He developed a film he absolutely loved, and then for six months, had to face a chorus of voices discontented with the length – a process he considered strengthening. “This is why a lot of new things don’t come into the world. Because there is a lot of fear. It’s always difficult – the new and different things are never blessed upon sight. (Laughs) They always have a different and very unique path. But it’s beautiful, that uniqueness…It’s worth it to give people this experience in a theater.”

Wang says, “I don’t care so much for movies that, as honest as they are, show us how broken we are and the terrible things we do to each other. I like things that show us a little hope and some organizing principle or some way forward.”

Audience members will be glad that he stuck to his vision – and be glad for “new things in the world.”

Here is an excerpt of my interview with Patrick Wang, a rising director to watch.

RC: Patrick, you went to MIT where you majored in Economics and had a concentration in Music and Theater Arts. How did you get from the sciences to the arts?

PW: There’s a lot of creativity in the sciences, and there is a lot of analysis in the arts. They’re not all that separate – it’s only been a couple of centuries since the renaissance. I think they’re very related. The skills I used at MIT, I find I use in filmmaking, too. But the journey is a series of accidents. When I was in college, I found my way to some of the small theater companies in Boston. I started volunteering, watching plays – and I kind of fell in love with the theater. I started a theater company out of school, and that’s where I learned to direct. That taught me a lot of the skills for making films. I learned to work with actors, I learned about design – from very generous designers that would sit you down, this new director who didn’t have any background in visual arts, and they would just talk you through what they see, and what their work is, what it entails. I think it was through their generosity I learned a lot about what allowed me to make this movie.

RC: What went into your decision to go into the arts?

PW: I don’t know, I think it was curiosity, it was different…To start a theater company, you see things and wonder, “Why is it done this way?” And as you go through it and do it yourself, sometimes you learn a little of why it’s done that way (laughs) and then sometimes you realize that an outsider’s perspective brings something new and that works. So I’ve always had a lot of fun coming into something as an outsider, learning a lot very quickly. I find that that’s just the most exciting environment. And so I did that with theater, and I feel like that was the case with film, too. I didn’t grow up wanting to make films, or even knowing that was an option, or even watching a lot of films. I wasn’t until later that you discover this art form, and you wonder what it will be like to jump in. There’s a risk – and I love risk.

RC: I also really loved the “Daddy Love” element of this film. It’s kind of rare to see that, in the media. You usually see men portrayed very differently (as tough guys, buffoons, larger-than-life superheroes, or even cruelly aggressive). Tell me about where that comes from.

PW: Thank you. I also feel it’s kind of rare in films. We have a lot of things about mothers and other kinds of relationships, but fathers get ignored a little bit. There’s a wonderful Argentine Director, Adolfo Aristarain, who I think makes wonderful family portraits. He focuses a lot on father-son relationships. When I was 15, I was an exchange student to Argentina, and I think that experience really woke up something within me, my perspective of family. I had such a loving family there, that expressed themselves so differently than my family here. I loved them in these different, wonderful ways… 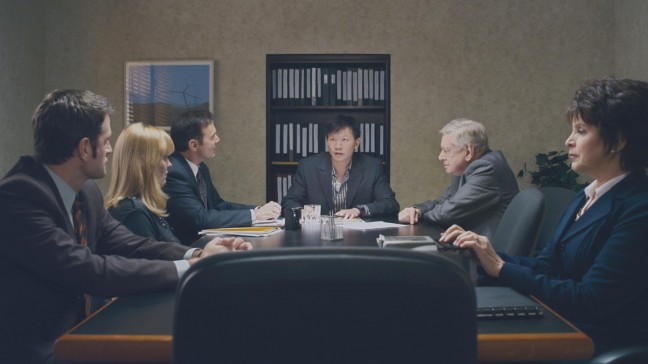 RC: What way did they express themselves differently?

PW: You know – they’re very Italian – in Argentina (laughs)! A lot is said very emphatically – whereas with my family I grew up with in Texas, there weren’t as many words, it wasn’t as demonstrative, but they were there in the acts, they were there in the support, that was unconditional. So there were different forms of expressing love, and I think that having both these wonderful families, both these wonderful fathers – in having this family in Argentina where I realized it’s just how you treat people – gives you that feeling of family. I think that underlies a lot of what I see in the film. Both of these wonderful fathers that work…with great integrity, great love, were my foundation for the father-son relationship in the movie.

RC: I’m sorry to hear about your father passing away a few years ago.

PW: That was actually one of the motivations for making the film. I had already written the script, but my father was diagnosed with late-stage cancer, and was given a couple months to live. It was a wake up call, as unfortunately these situations often are, for me, my brother and sister. We looked at our lives thinking “what is it for?” You never know how much time you have left. I wanted to do something meaningful. I didn’t know what that was right away, but I had this script, and I have the ability to make it – what am I waiting for? (My father) was a big part of motivating that, he was very supportive. I loved talking to him about it, hearing him say the names of the characters in my movie. Unfortunately, he passed away just a couple weeks after we finished shooting, so he never got to see the film, but we got to talk about it. What was wonderful about it was that we had a relationship that was very much at peace. It’s not like there was a lot of things that were unsaid. We had a good relationship. We were very lucky. In the end, he had much more than three months. He had 18 months. It felt like a luxury, in many ways. We made wonderful stuff of a painful situation.

RC: Thank you for sharing all of that. You went the entire film without mentioning the word “gay”. Tell me about that choice.

PW: Yes, that’s true. I had started noticing that, in the writing, that that word did not come up. I had finished writing at that point, and I thought “this is interesting.”…I liked that. There are some people who don’t use those words, day-to-day. They use them at some point in their lives, but in the scenes, in the moments that we’re with them, it didn’t make sense for them to come up. And it didn’t make sense for them to sit down and talk about their identity with anyone, and to use any real political terms in their lives. That’s not to say that’s true of all people in this situation every day of their lives, all people in this place but in these scenes for these particular people, it felt right. It felt honest to how they spoke and how they thought of themselves and sometimes how they didn’t think of themselves. I liked that – I think it makes the characters a little bit more full, and you use your imagination a little more about them, rather than someone coming and saying “I am this”. 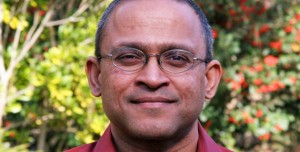 Ravi Chandra, M.D. is a psychiatrist and writer in San Francisco. You can find more of his writing and spoken word performances at www.RaviChandraMD.com. His blog for Psychology Today, The Pacific Heart, is here http://www.psychologytoday.com/blog/the-pacific-heart. Follow him on Twitter at https://twitter.com/going2peace