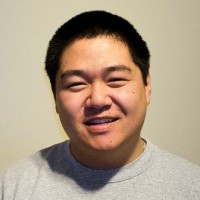 If there is one thing that draws me to Asian Americana, it is the inspiring and depth defying awe of the history of narratives that something like the film festival has been able to encapsulate. As a student who spends most of his time reading theory and history (and procrastinating), I’d like to thank every filmmaker for all their creative capacities and for sharing that in a medium that has been known to be influential and moving.

Through emerging us in their narratives, whether it be in fiction or documentary, they are sharing with us their dreams. As a student delegate, I’ve been given the honor to reach into the unconsciousness of the Asian American experience, and it has reminded me how important these dreams are.

In the Family is a good example of why festivals like the SFIAAFF are the way the way they are. Directed by Patrick Wang (it was actually rejected by 30 or some festivals), the film attempts to approximate reality and grapple with questions of race, sexuality and class in ways only films can do. His exploration of the domestic, love, and the expectations and assumptions that color the experiences of a man that has lost it all, and struggling to get it back is beautiful in cinematic technique and narrative. It has remained the film I think back on the most throughout the entire festival.

Through being a student delegate, I could meet Patrick. As a person who has gone through many occupations, his experience in theatre and artistic expression articulated a film in a new way for me. As a group we shared a discussion about his film, and from that talk, I extrapolated and reified for myself that Asian American films are American films. Our stories are uniquely Asian American, stories of diaspora and struggle, culture and identity, but these themes can be shared and related to by people of all color.

There is no line dividing us and them, and that is truly inspiring.

The last screening for In The Family is March 17 8pm at Pacific Film Archive Theater.