I get comfortable. Too comfortable. I am connected to colleagues and friends, feeling effective at my job and in my social life. Just like most Asian Americans and other Americans, I get overjoyed, buoyant, ebullient when Jeremy Lin makes his mark on the court and on the world stage. I catch the Linsanity. I literally felt about 3 inches taller. But then ESPN happens, and Ben and Jerry’s happens, and it takes me back, back to a place where I once felt alone and angry about a world that seems so out of touch with good sense and respect, a world that often seems unconsciously ignorant, or consciously and malevolently racist. I morph into an Angry Asian Man – but since Phil Yu owns that trademark, and I’m now a psychiatrist, I morph into what my friend calls “reasonably and analytically offended South Asian man… Nope. Doesn’t have the same ring to it.”

It’s the stinging realization that despite the progress we’ve made, and the fact that there is a lot more media sensitivity than there was even just a few years ago – we still have a long way to go. I get a reminder with every comment on my blog post at Psychology Today. On Facebook, I had an initial reaction about a Jeremy Lin meme by poet Bao Phi and Huỳnh Quế-Lâm that declared “Hey girl/guy/gender non-conforming, I’m getting tired of these microaggressions, wherein whites fail to realize the power they have to define racial realities for people of color and deny their own prejudice.” I thought to myself – “wait, I define my reality. No one else can tell me what my reality is.” 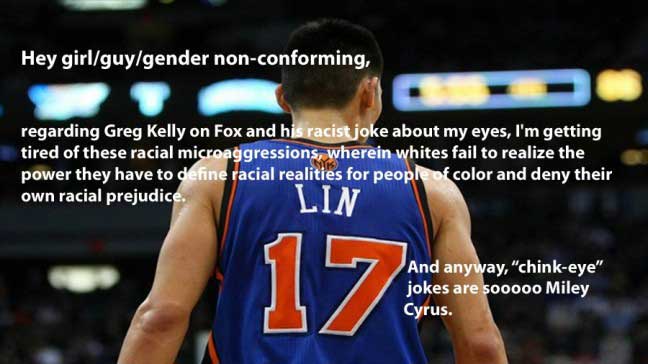 Guess what? Reality is a co-creation. And some individuals and institutions have enormous power to perpetuate delusion, ignorance and racism. And the result is that communities of color have a far greater share of unemployment, disease, war, death and suffering. So we’re not done yet. Not by a long shot.

SFIAAFF has been home for me and many of us in the Asian American community for 30 years. CAAM’s mission is to showcase the stories of the Asian and Asian American communities and to be an institution that not only combats ignorance but also is a force for enlightenment. I am deeply grateful to what every person at CAAM has done over the years – bringing consciousness to big and small screens and helping to create community and dialogue.

Not to mention, making it all fun!

I look forward to seeing you all at SFIAAFF 30. Let’s have a great CAAMily Reunion!

Ravi Chandra, M.D. is a psychiatrist and writer in San Francisco. You can find more of his writing and spoken word performances at www.RaviChandramd.com. Follow him on Twitter @going2peace.