PSYCHOLOGY OF A MURDER 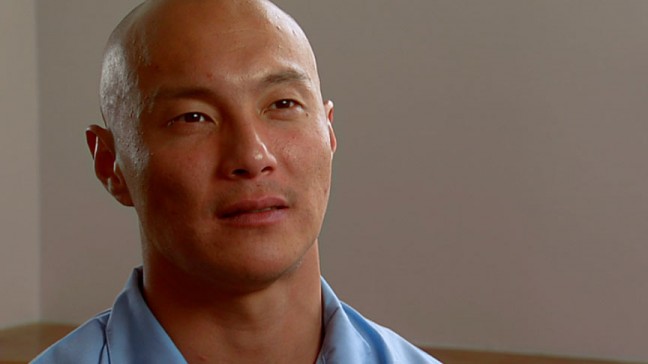 A promising 19-year old college student shoots and kills his sister’s fiancé – at her behest. What delivered this family to that moment? Director Iris Shim explores this in her excellent documentary, HOUSE OF SUH, now released on DVD. As she told me in an interview last March, when I first saw her film at the San Francisco International Asian American Film Festival, “intelligent people know how to solve problems without shooting somebody.” But Andrew Suh did shoot Robert O’Dubaine on September 25, 1993, and he is now serving a 100 year prison sentence for it. His sister is also in prison.

Shim first met Andrew Suh in the 6th year of his sentence. A friend of hers had developed a pen-pal relationship with him through a church group, and they both went to visit him. He was “engaging, articulate, charismatic – we wondered how this person got into this situation.” They became friends – he was almost an “older brother” to her at times. As she began filming the documentary and doing more interviews (including his relatives and O’Dubaine’s brother), she began to take a more objective stance towards him. She still emphasizes, though, that this is “Andrew’s story.” 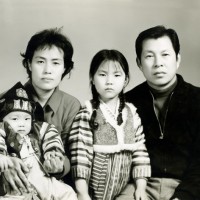 Most tragic in this story was how emotional wounds lay deeply buried in the psyches of all the family members. These unexamined, unhealed wounds came out in volatile moments that forever affected their lives, and ultimately, led to tragic outcomes. The beloved oldest son of the Suh’s fell from a roof at age 9 in Korea, leading to his death. The father angrily demanded his 40-something year old wife to bear him a son to compensate for the loss, leading to Andrew’s birth with the use of experimental fertility drugs. Andrew even had a birthmark in the same position as the dead son. His older sister Catherine was displaced and despised by her father. The parents seemed unaware of the burdens they placed on her, even asking her as a 10-year old to translate their wishes to have a neighbor raise them if they should die. She did so, in shock, tears and fear. Probably for many reasons, Catherine began acting out, and drew further ire and extraordinary abuse from her father, even a death threat. Andrew was given special status, but also a heavy burden, particularly after his father died of cancer. His mother depended on him for many things, and had a way of demanding his emotional allegiance. When she dies, his allegiance shifts to his sister, a far more unstable source of nurturance.

Yet he pushed himself to do well in High School, becoming a leader and standing out as quite a memorable character. One of the few Korean Americans in his private school, he carried not only the burdens of being a child of immigrants and an orphan, but stoic, masculine coping skills that served only to keep up a façade of being a “tough guy.” “Drink a beer, don’t say anything. That’s how I was taught to deal with things,” says Andrew in the film. 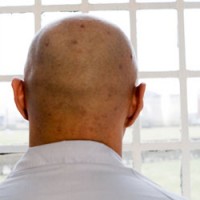 What becomes urgently important for his identity is his standing as the last surviving male of the Suh line. This is particularly weighty given his immigrant, minority status. The most important priority is defending the family honor, his mother’s honor. Andrew kills Robert, yes, at the behest of his sister; but also because he feels he must avenge his mother’s death. The destruction of his family, the death of his mother – all put Andrew in “survival brain” or “fight or flight mode”. If he doesn’t kill, then he will in some way die. His mother will die again. He saw no other option than to shoot O’Dubaine. He justifies his actions with the thought that he is acting out a moral code.

Andrew certainly deserved a long sentence for what he did. Still, I’m disappointed that our legal system didn’t do a better job of understanding his psychology and perhaps mitigating his sentence. His case is currently being appealed, but only because it is possible that his judge had ties to the victim’s family, thus leading to potential bias.

LESSONS FROM THIS DOCUMENTARY

I take many lessons from this documentary. First, the importance of early childhood relationships and trauma in shaping our trajectories. Second, the power of concepts such as “family”, “tribe” or “nation” to ego-identities. An ego that is insecure and sees threats everywhere is liable to be volatile. Third, the importance of cultural and religious prohibitions against murder – they serve as affirmations to our better angels and ballast against our worst. Even as Andrew quotes the Bible’s “Eye for an Eye” – I wondered how he would reconcile that with “Thou shalt not kill.” Certainly, he still shows little if any remorse for what he did, perhaps because he feels so many losses too, too deeply.

I would have to say that within the Suh family and Andrew himself, there was a profound lack of the feminine principle of relatedness. Director Iris Shim gives us ample opportunity to relate to Andrew’s wounded life. She draws his family’s genealogy using the lines, squares and circles we’re all familiar with. In a nice artistic stroke, all the other interviewees in the film are identified with similar lines. Perhaps she’s suggesting that yes, we are all connected – to our families and to each other. In desperation and solitude, this is what Andrew forgot. Or tragically, never knew.

Ravi Chandra, M.D. is a psychiatrist and writer in San Francisco.He invites you to check out his new, occasional blog, The Pacific Heart http://www.psychologytoday.com/blog/the-pacific-heart , at Psychology Today, and consider adding him to your newsfeed.