Short films are particularly sakura blossoms. I’m reminiscing now about one of my favorite shorts of SFIAAFF, one that exemplifies the festival’s best artistic aims. 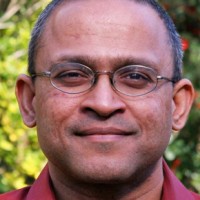 Sakura blossoms bloom for but a short while; we welcome and appreciate them, and savor their transience. The film festival is the same way, our sakura of the silver screen. Short films are particularly sakura blossoms. I’m reminiscing now about one of my favorite shorts of SFIAAFF, one that exemplifies the festival’s best artistic aims. Yu Gu’s A MOTH IN SPRING brought together childhood memories, a glimpse into the life of Gu’s father, also an artist, as well as documenting overpowering and paranoid control of an authoritarian government. The film premiered at Hot Docs 2010 in Toronto, the biggest documentary festival in North America, and was seen in the LIVING LIFE LARGE collection of shorts at SFIAAFF 2011. It was Gu’s thesis film for USC’s School of Cinematic Arts.

Gu first set out to make a narrative short in China based on her family’s experience in 1989 around the time of the democracy movement. Her father, Gu Xiong, was a mixed media/installation artist in Chongqing at the time (where Yu Gu was born; they later immigrated to Vancouver). He went to Beijing to participate in an exhibition that had political undertones. That exhibit was shut down by the government in the months leading up to the June 4th student protests.

Gu started filming, but she was quickly shut down by China’s Cultural Police who thought her film was specifically about the Tiananmen incident. She showed them the script, but they didn’t relent. She, her family and her crew were forced to leave China the next day, and sign an agreement that they would never try to make this film in China. Luckily, they were allowed to keep the footage they’d already shot. 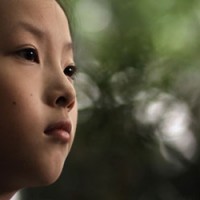 That footage still remains, hauntingly, in the midst of the documentation of what happened during the filming, as well as interviews with her parents and footage of her father’s exhibition in 1989. In a poignant scene, the father hands a moth cocoon to his young daughter before he goes off to Beijing. Such a tender moment, a father giving a symbol of transformation and life to his daughter, who will later also become an artist and give life to her father’s story. The government can’t wipe out this transmission of caring, this chrysalis of humanity. So many still wait for that cocoon to open.

Gu says it was clear that “the country hadn’t changed. People are still trying to express themselves.” I wish Gu and her family the best of luck in their artistic endeavors, which bring stories, and truth, to light.

Ravi Chandra, M.D. is a psychiatrist and writer in San Francisco. He invites you to check out his new, occasional blog, The Pacific Heart , at Psychology Today, and consider adding him to your newsfeed.