When we first heard of Comcast's bid to acquire NBC Universal, we were concerned that this could spell out into less opportunity for diverse programming and representation. 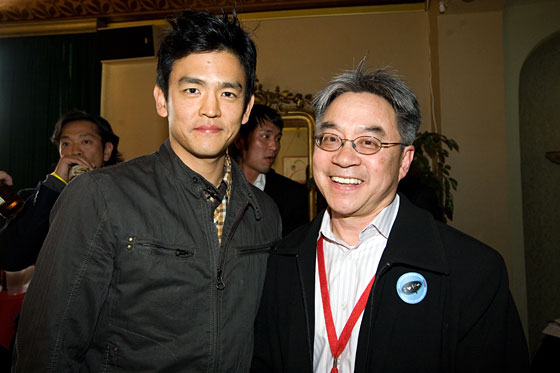 When we first heard of Comcast’s bid to acquire NBC Universal, we were concerned that this could spell out into less opportunity for diverse programming and representation.

The Congressional Asian Pacific American Caucus, CAAM, and several other media organizations devoted to the creation of programming for under served communities, participated in negotiations for the FCC approval of the acquisition.

As a result, Comcast has recognized and committed to the increased investment in minority content creation.

“Through a memorandum of understanding negotiated with Asian American leaders and community representatives, Comcast has made diversity a priority and a commitment. They have demonstrated as well the recognition that providing high quality content made by and about Asian Americans is also good business. We are proud to be working with them to realize this goal.”

Currently, CAAM is the recipient of Comcast support for original content for its new Cinema Asian America video-on-demand service.

Each month, Cinema Asian America highlights various themes that explore a range of topics and experiences and exemplify the diversity of the Asian American community.

CAAM also applauds the efforts of the Congressional Asian Pacific American Caucus, the FCC and in particular Commissioner Clyburn for working with Comcast to initiate programs that advance greater diversity in media.

CAAM is looking forward to new opportunities and the diverse audiences that can be reached with Comcast’s support.