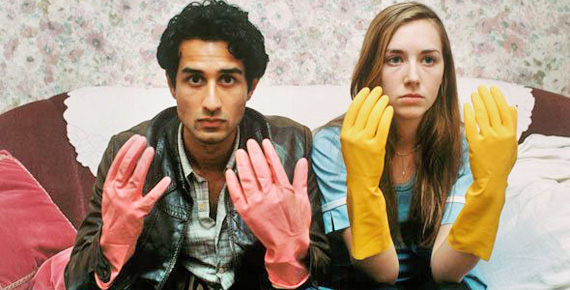 The Center for Asian American Media is proud to co-present five films at 3rd i’s 8th annual San Francisco International South Asian Film Festival, Bollywood and Beyond. From art-house classics to documentary films, from innovative and experimental visions to next-level Bollywood: 3rd i is committed to promoting diverse images of South Asians through independent film. Our 2010 festival showcases films from India, Bangladesh, Pakistan, Sri Lanka, Tibet, UK and USA. Celebrate South Asian cinema with CAAM and 3rd i and foster a better understanding of South Asian culture through film!

I HATE LUV STORYS – BOLLYWOOD AT THE CASTRO
SF PREMIER
Punit Malhotra, India, 2010, 135mins
Saturday, November 6, 9:30pm
Castro Theater
A sexy romantic parody with a smart script and a hot, young cast! Simran (Sonam Kapoor) is in love with love itself, but J (Imraan Khan) is a naysayer. How this unlikely pair becomes likely.

JOURNEY FROM ZANSKAR
Frederick Marx, Tibet/USA, 2009, 90 mins (Director Frederick Marx in person)
Wednesday, November 3, 7:20pm
VIZ Cinema
Oscar-winning filmmaker Frederick Marx follows a group of monks and children across the breath-taking and dangerous Himalayas as they journey from Zanskar, one of the most isolated places on earth, to a Buddhist school in Manali (India). From the producers of Hoop Dreams. Preceded by short -Kunjo.

For more information, check out the 3rd i website at www.thirdi.org/festival/.

Join CAAM, 3rd i and filmmakers from the Bay Area, New York, Canada and Calcutta for a non-stop dance party in the heart of the Mission district to kick off the SFISAFF!

DJ Rav-E spins! While being a lover of many types of music, Rav-E is naturally drawn towards Bhangra, the folk music of his motherland Punjab. He possess the ability to mix up hip hop, R&B, and house music on the fly, but cannot deny his true infatuation with the rich dhol driven and tumbi infused beats of Bhangra. Along with mixing it up on the decks, Rav-E also is an exceptional talent on the dhol and has opened for artists such as Ziggy Marley and Michael Franti with the Non-Stop Bhangra Collective live set. He has also had the opportunity to share the stage on the decks with some of the biggest names in bhangra such as Bikram Singh, RDB, Dr. Zeus, Bobby Friction, and Juggy D as well.