Join America’s premier celebration of new cinema from Germany, Austria and Switzerland on a spirited adventure with 30+ films! 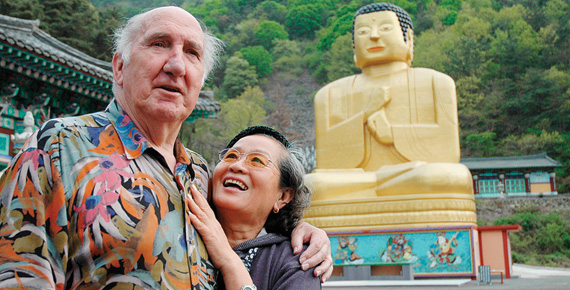 The Berlin & Beyond Film Festival is America’s premier celebration of new cinema from Germany, Austria and Switzerland. Join them on a spirited adventure with 30+ films at San Francisco’s legendary 1,400-seat Castro Theatre October 22-28, 2010, along with an Encore Day at San Jose’s Camera 12 Cinemas on October 30th. Presented by the Goethe-Institut San Francisco.

CAAM presents the Korean-German documentary, HOME FROM HOME(Endstation der Sehnsüchte) on Thursday, October 28th at 2:30pm at San Francisco’s Castro Theatre and on Saturday, October 30th at 2:30pm at San Jose’s Camera 12. Director Sung-Hyung Cho will be onstage for post-film Q&A at both screenings. Film will be presented with English subtitles.

From the director of FULL METAL VILLAGE (Wacken), picture this: A German village in Korea – with garden gnomes in the land of smiles! Three women return to South Korea after spending over thirty years in Germany. Together with their German husbands, they live in the “German Village,” a quirky tourist attraction replete with red tiled roofs, Bockwurst and Pumpernickel. However, the wounds of the wives are deeper: They once went to Germany as nurses, and now have come back home with suitcases filled with “open bills.” But it’s only when they get to Korea that they first realize: Germany is more than just a foreign country which they left behind. Now they miss Germany and they realize that it was home for them, too. Director Sung-Hyung Cho plumbs the depths of this balancing act between two cultures with humor and sensitivity, while questioning what “home” really means and whether one can ever really find it again.

For more information and to order advance tickets, visit the festival’s official website at www.berlinbeyond.com

Watch our Facebook page on Thursday, October 21 for a chance to win free tickets to one of the HOME FROM HOME screenings.