CAAM proudly co-sponsors a screening of the documentary 1428 at the Chinatown YMCA on October 13. 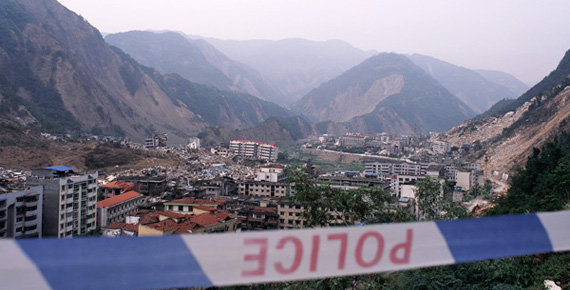 CAAM proudly co-sponsors a screening of the documentary 1428 at the Chinatown YMCA on October 13. The film recounts the Great Sichuan Earthquake of 2008, and will be followed by a discussion by filmmaker Du Haibin.

The Great Sichuan Earthquake rocked China on May 12, 2008 at 14:28 in the afternoon, leaving more than 69,000 people dead and 15 million displaced. Ten days later, celebrated filmmaker Du Haibin arrived in Beichuan, the hardest-hit town, and began filming this remarkable documentary, capturing the stunned reactions of the villagers, the horrific damage to homes and livelihoods, and the torments that official media coverage overlooked.

Using a poetic, elliptical narrative structure, Du Haibin delivers a vision of human devastation that is “fascinating, beautifully crafted” (Ronnie Scheib, Variety). “Without judgment but with a deep compassion for their subjects, the filmmakers of 1428 bring us a myriad of individual stories of absurdity, confusion, and grief ”(Cherise Fong, CNN). 1428 has won a number of awards, including “Best Documentary” at the 2009 Venice International Film Festival.

Du Haibin has made numerous documentaries, including Umbrella and Beautiful Men, and two feature films. He studied painting and photography at the Beijing Central Academy of Arts and film at the Beijing Film Academy.