This month, CAAM is offering the following Asian American films on Comcast on Demand. The films are free for Comcast on Demand subscribers. Check them out during the month of May by going to:

Farah Goes Bang by Meera Menon (93 min)
Farah Goes Bang tells the story of Farah Mahtab, a woman in her twenties who tries to lose her virginity while on the road campaigning for presidential candidate John Kerry in 2004, to hysterical and heartrending results. FARAH updates the classic American tradition of the Western, telling a new trail story–whose subjects are both cowgirls and Indians, both heroines and outlaws–in a diverse, powerful, and hilarious female voice. 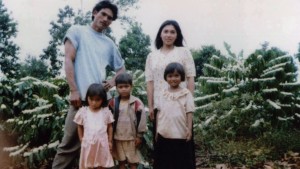 This is My Home Now by Mariah Dunn Kramer (26 min)
This is My Home Now documents the lives of four Montagnard youths whose families have come to America in the past decade from Asia. They live in two worlds—that of their parents and grandparents, who lived in the highlands of Viet Nam but fled from government persecution for their Christian religion and desire for autonomy—and one of constant learning and adaptation to be Americans in North Carolina.

Harana by Benito Bautista (104 min)
After his father’s death, classically trained musician Florante Aguilar returns to the Philippines after 12 years. While there, he is re-introduced to the music of harana, a tradition where Filipino men would sing under the window to declare their love for a particular woman – a serenade. Florante travels to provinces and meets some of the surviving harana musicians. From there, they help a young man serenade his object of affection which grows into a resurgence of the long l ost art. The men start performing in prestigious concert halls and record the first authentic harana album in 50 years. Harana captures a tender side of the Philippines that is rarely seen.

Jeepney by Esy Casey and Sarah Friedland (60 min)
The  artistic and vibrant modes of public transportation known as the jeepney represent a totem of tradition in the Philippines. Director Esy Casey goes beyond the exterior of the decorated ex-WWII military vehicles and follows the lives of three people who share a connection to the jeepney: Gerry, a witty driver who has deep affection for tradition; Lhudz, whose remarkable artwork appears on the vehicles; and Manny, who grew up near a US military base and watched the evolution of the jeepney.

Sukiyaki with Love by Akiko Izumitani (4 min)
A cheating husband who thinks of marriage as a nightmare comes home to a lovely wife who teaches him the true meaning of horror.

Summer Pasture by Lynn True and Nelson Walker (86 min)
Filmed in the high grasslands of eastern Tibet, Summer Pasture is an intimate glimpse into the life of a young nomad couple and their infant daughter. Locho and his wife Yama live in Dzachukha, nicknamed Wu-Zui (5-Most) for being the highest, coldest, poorest, largest, and most remote county in China’s Sichuan Province. They depend on their herd of yaks for survival, much as their ancestors have for generations. But in recent years, Dzachukha has undergone rapid development, and Locho and Yama are finding their traditional way of life increasingly difficult to maintain.

What Remains by Sarita Khurana (14 min)
A woman returns to her childhood home only to encounter her unsettling past.