Thailand’s official submission to the 81st Academy Awards, LOVE OF SIAM, is now available on DVD. 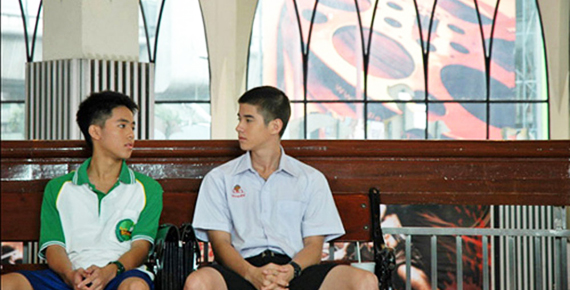 A groundbreaking teen love story, LOVE OF SIAM is a moving gay romance that took Thailand by storm. Mew and Tong are childhood neighbors who become good friends after Tong protects Mew from bullies. Tragedy strikes when Tong’s sister disappears, however, and soon Tong’s grief-stricken family moves away. Years later, the two boys are reunited in Siam Square, a trendy teenage hangout in Bangkok where Mew often performs with a popular boy band. Rekindling their affections after all these years, the two must decide if their feelings for one another are as friends, or something more.

• Original Theatrical Trailer
• Trailers from Other Films by Strand Releasing