My head is swimming. The festival moved down south this weekend to downtown San Jose and talk about an entirely different experience from San Francisco. 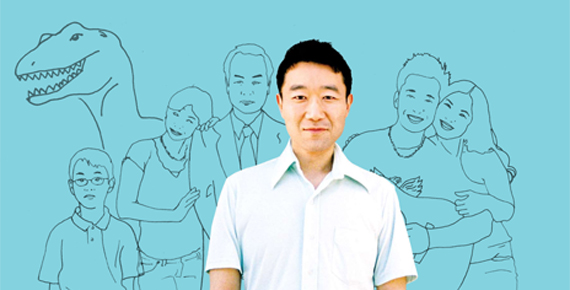 My head is swimming. The festival moved down south this weekend to downtown San Jose and talk about an entirely different experience from San Francisco. The festival is lighter and the space is smaller, but I’ve run into more directors and had more fascinating conversations than I had the opportunity to do through the whole week in San Francisco.

The first night was WHITE ON RICE, a family comedy about a Japanese-American family in the United States. With all the heaviness that has permeated the festival, this film gave a sigh of comedic relief. What I found was most fascinating about this film was that it was written by an American Mormon Missionary who learned Japanese while living in Australia. Who would have thought, right? But unlike many American directors who have tackled Japanese culture, he pinned it down for the win and played on that knowledge to give it a comedic kick.

Saturday, Van and I were treated to THE EQUATION OF LOVE AND DEATH and CHILDREN OF INVENTION. Love and Death was a phenomenal thriller that pushed genres and literally kept you at the edge of your seat each moment. The lead actress, Xing Zuo, was mesmerizing, I made a note to go and check out other things that she has been in. She plays the character of Su perfectly, juxtaposing her tough woman taxi driver act with the tortured lovesick girl buried just beneath the surface. Her goal is to find her lost lover and every person who gets in her cab is shown a magazine filled with pictures of him, just in case they have seen him. I don’t want to give any of it away since the suspense lies completely in the fact that you are constantly in the dark, but still one step ahead of any of the characters.

CHILDREN OF INVENTION (winner of the Special Jury prize) like many of the films at the festival, deals with abandoned children. Set in Massachusetts, a single Chinese-American mother and her two children lose their home to foreclosure when their mother loses thousands in a multi-level marketing scheme. Their father, who has relocated to Hong Kong, is significantly deficient in his child support payments. When the mother again gets entangled in a second make money quick pyramid scheme, her children are left to fend for themselves. Based on much of the director’s real experiences, it’s a powerful portrayal of what many of us are experiencing in this bad economy and the struggles of one Asian-American family.

Today I saw the collection of shorts MIXTAPE 4: MSG, which was a trip to say the least. While experimental work is usually not my thing, I did enjoy the imagination and courage of these films to go where most films would tread away from. That’s exactly what shorts are meant to do.

MOSQUE IN MORGANTOWN was my final film of the festival (insert sadness here) and what a way to go out. As the documentary competition winner, I set the bar high for this one and it did not let me down. The filmmaker, Brittney Hucklebee did a phenomenal job tackling a tough and controversial subject. Asra Nomani is known for her dedication to bring equality to the sexes in Islam, and leaders are known for being against it. It was interesting to see both sides of the story. Hucklebee played these sides equally, giving opportunity for the audience to draw their own conclusions. I could easily see where they were both coming from and how they both are extremists in their own right. I agree that women (or men for that matter) should never be beaten for any reason whatsoever. I also strongly believe that women are entitled to the same rights as men regardless of how childbearing capabilities separates us. But I could see where the Islamic leaders were coming from in their principles. They believe the Koran to be the ultimate truth and a woman’s place is explicitly dictated and that’s something I can respect.

But at the same time, I didn’t agree with how Nomati went about it. There was one moment in the film where one of the more progressive leaders was having a discussion with Nomati and her supporters about the issue. I felt like she almost had a all or nothing stance on the issue, much like the leaders but in the other direction. Neither was willing to budge. But the progressive leader seemed willing to take baby steps. He wanted to work on a more subtle integration of women’s rights and I believe that would have worked. By calling attention to it by calling news stations and writing reports, it felt like the leaders only dug their heels in harder. Sometimes a lot of noise needs to be made to make a change, but I almost wonder if a quiet movement, one mosque at a time, would accomplish more to come up with independent solutions that appease both.

What I never understood is the issue of the men being too attracted to the women for them to be in the front of the Mosque. Why do you have to isolate them on a balcony with a wall that blocks their view? Why not put them in the front but on the sides or in the back? It still would be separated but at least then they would be allowed to worship in the same space and feel apart of the community. I don’t know as much about Islam as I would like to and I tend to be one who compromises instead of confronts, so maybe it’s just not something that I personally am able to understand.

It’s so sad to think that the festival is over now. I can’t even begin to express how amazing this whole experience was and how much I feel like I’ve grown in just this short time. I’m so inspired to make films now; I can barely contain it. Especially after seeing THE SPEED OF LIFE, which I ended up seeing twice and probably would have gone a third time if it showed again. Something in it resonated with me and I know it’s a film that I’m going to carry with me for a long time. I only hope my films can evoke the amount of emotion that Ed Radtke was able to achieve in that film. Meeting him also made it seem so reasonable, like filmmaking is not some magic goal that only a couple of people can aspire to. If you are driven and passionate and believe in your work, you can have it made.

Thank you to everyone at CAAM for such an incredible festival!! And to my fellow delegates, you guys rock. It’s been amazing to get to know you and go through this experience with you. This has been almost beyond what words can properly describe.