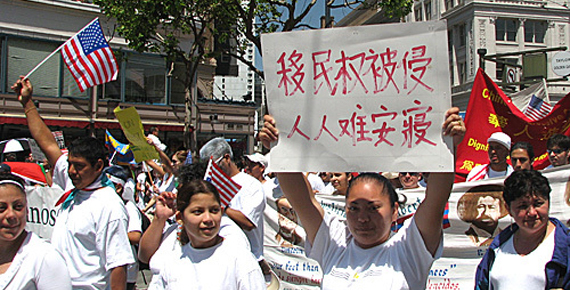 New America Media invites, and is now accepting, submissions of outstanding ethnic media coverage published in 2008. Recognizing journalistic excellence, NAM invites news organizations (print, online, radio and television) serving California’s ethnic minority and newcomer communities, as well as individuals whose work is published or aired by these media outlets, to submit entries published between January 1, 2008 and December 31, 2008. Entries may be in the language of the publication, such as English, Spanish, Chinese, Korean, Vietnamese, Japanese, Arabic or other relevant languages. While NAM will try to ensure quality translations of the articles to English as needed, submissions are encouraged to include their own translations.

Submissions forms for both awards ceremonies can be downloaded by clicking here.
All entries must be postmarked by January 19, 2009.
Please note that there will be separate ceremonies, and separate awards forms, for Northern California and Southern/Central California.

About New America Media
New America Media is the nation’s first and largest collaboration of and advocate for ethnic, community, minority, and bilingual media sources. A multi-channel, multi-media news and communications agency, the NAM coalition is a response to the 51 million or more ethnic adults who connect to their home countries, America, and each other through 3000-plus ethnic media—the fastest-growing sector of American journalism. Headquartered in San Francisco with offices in Los Angeles, Fresno, New York, and Washington, D.C., NAM is dedicated to bringing traditionally marginalized voices—those of ethnic minorities, immigrants, youth, and elders—into the national media-powered discourse. Holding those voices as our central tenet, NAM’s goal is to build an inclusive journalism and communications for our increasingly diverse and fragmented global community in the U.S. and overseas.