Since November 4th I’ve been feeling a mixture of relief and post-election blues — not just for the way that people voted, but for the whole process finally being over. This election season has been so long and bizarre that I had to see it through the filter of satire, with daily doses of Jon Stewart and Stephen Colbert, and more recently the Saturday Night Live sketches which essentially wrote themselves. 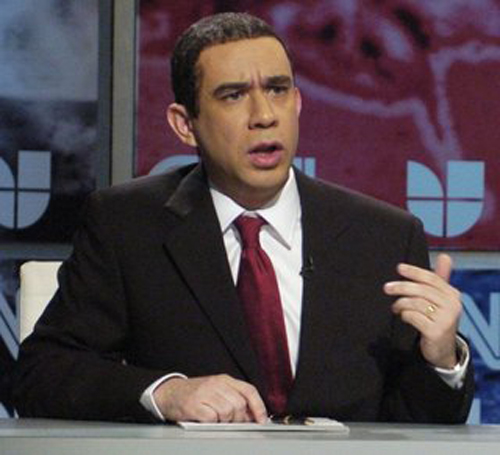 Fred Armisen playing Barack Obama for Saturday Night Live. With a part-Japanese father, Armisen was probably the most prominent Asian American to appear on TV screens during the 2008 election.

Since November 4th I’ve been feeling a mixture of relief and post-election blues — not just for the way that people voted, but for the whole process finally being over. This election season has been so long and bizarre that I had to see it through the filter of satire, with daily doses of Jon Stewart and Stephen Colbert, and more recently the Saturday Night Live sketches which essentially wrote themselves. So it was even more meaningful to me to watch Barack Obama make his acceptance speech last Tuesday night. It felt like the time of satire, irony and absurdity had ended and it was all right to feel emotionally invested in the political process again.

One thing that has been both poignant and funny to me has been the image of Asian Americans in the 2008 election. Where was it? For an election where race and racism were so dramatically foregrounded, Asian Americans were more noticeable for their absence. Of course, there were Asian Americans involved in the process, either working for the campaigns (like Chris Lu, now executive director of Obama’s transition team) or related to the candidates (like Obama’s half-sister Maya Soetoro-Ng and her husband Konrad Ng). And at least in California there were news stories about the possibility of Asian Americans being an important swing vote in close elections

But on a national level, Asian Americans seemed to be missing from the discourse on race. For all the outrage over Reverend Jeremiah Wright’s YouTube sermons, no one remembered John McCain’s use of the word “gooks” during his 2000 presidential bid, and even the coverage or the lack of coverage was limited to places like The Huffington Post and Asian American blogs. Moreover, both campaigns seemed to tread very carefully around the subject of Asians in general. In the Republican Convention, McCain recounted his torture in a Vietnamese prison camp without using the word “Vietnamese,” as if consciously avoiding any hint of the racist slur. Even McCain’s adopted Bengladeshi daughter Bridget was as invisible as his wife Cindy was weirdly omnipresent. In the same vein, the Obama campaign played up his Hawaiian and Indonesian upbringing when reaching out to the Asian American community, but didn’t want to risk making him seem too foreign to the American public at large. His half-hour television special included the stories of white, black and Latino families who represented the diversity of America today.

I did see Asian Americans appear in two interesting and diametrically opposed contexts — a political ad and a Saturday Night Live sketch. In the SNL sketch, MSNBC’s liberal commentator Keith Olbermann (played by Ben Affleck) compares himself to Japanese Americans interned during World War II. (The reference begins around 5 minutes into the sketch.)

I think I find this sketch funnier each time I view it because the parallel is so obviously excessive and bizarre: real-life footage of the internment intercut with photos of a cat named Miss Precious Perfect. The sketch makes fun of the liberal’s overplaying of the victimization card, and reminds me of the humorist Sarah Vowell’s exasperation about too many public figures comparing themselves to Rosa Parks.

In contrast, the campaign against California’s Proposition 8 (which amended the state constitution to ban same-sex marriage) brought up the Japanese American internment as a serious reminder of legal forms of discrimination in the past. One commercial began with footage of the internment.

The surprising victory of Proposition 8 (and subsequent criticisms of the “no on 8” campaign) has made me wonder whether the iconic image of Asian American discrimination has lost its effectiveness as a rhetorical strategy. Do these black-and-white images of Japanese Americans seem too distant or archaic to have a real impact? Has it become too easy to think of discrimination as a blot on our past, not a present-day reality?

I don’t know what to make of the fact that the most widespread images of Asian Americans I have seen recently have been of the Japanese American internment, where Asian Americans are frozen in a haunted past. Maybe I should look to Fred Armisen’s performance as Barack Obama as more representative of Asian Americans in the 2008 election: it’s right there, even though we might not be able to see it.