This year, CAAM is pleased to honor the legendary Cecilia Chiang (The Mandarin), celebrated entrepreneur George Chen (China Live, Eight Tables by George Chen) and innovative, locavore chef Brandon Jew (Mister Jiu’s). Each honoree represents a distinct style and generation of Chinese cuisine, with approaches as diverse and complex as the culture itself. Our 2016 honorees find inspiration in the unsung narratives of Chinese cuisine, and their contributions transcend the porous border between nations, personal memory and popular culture. In concert with a new generation of Asian American food celebrities, fusion cookbooks, and a turn towards traditional Asian ingredients, they are revolutionizing our gastronomic preferences. 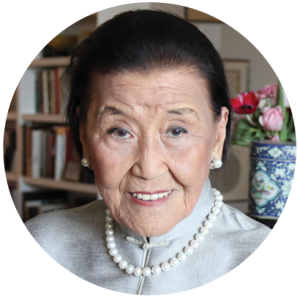 Cecilia Sun Yun Chiang is a San Francisco culinary legend, credited for popularizing Chinese cuisine in the way that Julia Child did for French cooking. Chiang’s accidental foray into the restaurant business with her iconic restaurant, the Mandarin in 1960, turned American perceptions of Chinese cooking on its head. An extensive menu featuring then unknown dishes like Peking duck, sizzling rice soup and shredded abalone with bean sprouts brought the complex flavors of the Szechwan and Hunan provinces to a star-studded clientele, with regulars like Jackie Onassis, James Beard and Wolfgang Puck. No longer relegated to the takeout realm, Chiang’s vision ushered in a new way of thinking about and eating Chinese food that has forever altered America’s palate. Cecilia Chiang is 96 years old and currently resides in San Francisco, where she is an active philanthropist. Cecilia is the author of the cookbooks The Mandarin Way and The Seventh Daughter. 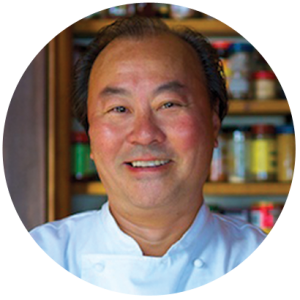 George Chen has been a serial entrepreneur for more than 35 years. Having worked in several of the top restaurants in Los Angeles and the Bay Area, Mr. Chen was always intrigued by the vision of bridging food and culture between the East and West. With extensive research and development, he opened his first restaurant Betelnut in 1995, introducing different Asian cuisines in the form of “Street Food”. The James Beard Awards nominated Betelnut in 1995 for the Best New Restaurant in America. After the success of Betelnut, George launched the multi-unit LongLife Noodle Company, which was named one of the “Five Hottest Concepts” in the U.S. by ChainLeader and Restaurant Hospitality magazine. In 1997, George saw the Second Coming of Shanghai as an international center for culture and the arts and developed Shanghai 1930 Restaurant. Shanghai 1930 was recognized as the best Chinese in the Bay Area and awarded full *** by the San Francisco Chronicle. Other restaurants Mr. Chen has created and owned include: Xanadu Restor~Asian Cuisine, Dragonfly Café & Restaurant and BeauCoup-Grand Bar Salon on top of Nob Hill in San Francisco. All his restaurants received top reviews and accolades from the press and media. George’s Shanghai-based restaurant projects include Shikumen Bistro, The Strip and Roosevelt Prime Steakhouse, which is rated as the best Steakhouse in Shanghai by several major publications. Aside from his restaurant developments/management, Mr. Chen has established China Eastwind – Fengyide Fine Wines & Spirits in Shanghai China. This is a full service importer/distributor/retailer of fine international wines doing business as Roosevelt Private Cellars & Wine Vault. His current project China Live and Eight Tables by George Chen in San Francisco will change the perception of Chinese cuisine in the West and is destined to be Chen’s legacy project. Prior to George’s hospitality career, he spent over ten years as a senior executive at Wall Street investment firms, Merrill Lynch, Lehman Brothers and Drexel Burnham Lambert. Concurrently Mr. Chen is also the Founder/CEO of e-Ha Company, Limited (e-Ha.cn, e-Ha.com). e-Ha (Electronic-Hospitality Arts) is a SaaS cloud-based mobile and e-Commerce company based in the Shanghai, China and Cupertino, California. Mr. Chen is a graduate of the University of California at Berkeley with degrees in Neurobiology and Psychology. 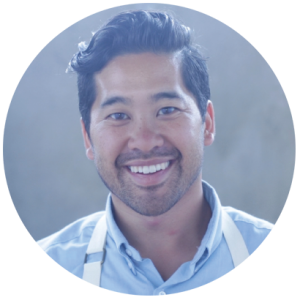 Brandon Jew’s childhood was flavored by trips to San Francisco’s Chinatown markets and time spent in the kitchen with his Chinese grandmother. This formative introduction to food had a lasting influence on Jew. After graduating from college, Jew decided to fully immerse himself in the gastronomic world and spent the next ten months traveling in Northern Italy, where he cut his teeth at the Ristorante la Pernice e la Gallina in Bologna. Jew’s time in Italy exposed him to a cultural pride and culinary integrity that echoed his own upbringing.

Upon his return to San Francisco, Jew stepped into a number of celebrated kitchens, including Zuni Café, Quince and the Museum of Modern Art in Shanghai to name a few. In 2010, Jew signed on as opening chef of Bar Agricole, where he wowed diners with his fresh combinations of authentic, seasonal Californian flavors and his masterful technique. Since leaving Bar Agricole in 2013, he has been teaching a ‘Chinese Classics Reinvented’ class at the San Francisco Cooking School, traveling to experience some of the best restaurants in the world and planning the opening of Mister Jiu’s. He is also featured on season two of the PBS show Mind of a Chef, Vice Munchies and the BBC show Ching’s Chinese New Year.