Soojin Chung recently produced ESCAPE FROM TOMORROW which premiered at the Sundance Film Festival in 2013 generating buzz throughout the industry. The LA Times called it “one of the most provocative movies ever seen” and Variety said, “Its cult status will remain immortal.” Chung’s feature film follow-up will be HUNGRY FOR LOVE. Previously, Chung produced numerous award winning short films that have screened at festivals worldwide such as THE 8TH SAMURAI and PORTRAIT FOR LEONORE as well as worked as an editor on eight major feature films including Park Chan-Wook’s Venice winner LADY VENGEANCE. After graduating from the American Film Institute, Chung participated in the IFP Trans Atlantic Partners Program, Film Independent’s Project Involve and Berlin Talent Campus (Tokyo).

Actress/Writer Michelle Krusiec is best known for her starring role opposite Joan Chen in the romantic comedy Saving Face, directed by Alice Wu. The role garnered her a Best Actress nomination for the Chinese Language Oscar, also known as the Golden Horse. On stage, Michelle starred in the Broadway international tour of David Henry Hwang’s play Chinglish(Berkeley Rep/South Coast Rep/Hong Kong Arts festival). Michelle, a UCLA Professional Program alum in Screenwriting, is currently adapting her solo show Made in Taiwan into a full length feature and half hour pilot Made in Taiwan premiered at the 2002 HBO Aspen Comedy Arts Festival, the 2003 LA Women’s Theatre Festival, the 2005 New York Asian American Theatre Festival, and the 2010 New York International Fringe Festival and Fringe Encores. Michelle’s numerous film and TV credits can be found at www.MichelleKrusiec.com along with info regarding the launch of season 2 of her web series Nice Girls Crew.

Kiyong Kim was born in Korea and grew up in Los Angeles before going to art school in Boston. He studied Illustration at the Massachusetts College of Art, and took creative writing classes at Emerson College where he first discovered what a script was. After graduating, he moved back to Los Angeles and focused on writing and directing. His first script, “Brobot”, placed 4th in the Slamdance Screenwriting Competition. Since then, he’s written and directed short films that have won contests, played at festivals, and have been licensed for distribution. Kiyong decided to focus on television writing, and was chosen for the 2010-2011 Nickelodeon Writing Fellowship, and the 2012-2013 NBC Writers on the Verge program. He’s one of those writers that like to write at coffee shops. Once, he thought the girls next to him were the most ridiculous LA stereotypes ever, then he sipped his latte and went back to work on his screenplay.

Soham Mehta is an award-winning filmmaker who strives to make work that provides avenues for different communities to better understand each other. FATAKRA, Mehta’s graduate thesis film, was awarded the Student Academy Award, the Directors Guild of America Student Award, and over a dozen jury and audience awards while playing at over seventy-five film festivals worldwide. Other short films directed by Mehta include SURVIVORS, RELEASED, and REVENGE OF THE DESIS. Mehta also cowrote the feature film WHERE’S THE PARTY, YAAR? starring Kal Penn. Mehta comes to film from an extensive background in theater. He founded Shunya, a theater troupe dedicated to providing a voice to the South Asian American experience. Born in India, Mehta’s family immigrated to Texas when he was just four years old. He received both his undergraduate degree in theater and his MFA in film from the University of Texas at Austin. He currently lives in Los Angeles and is developing two feature films: RUN THE TIDE (written by Rajiv Shah) and RELEASED (co-written with Charles Bowe).

A. Moon is an experimental film and video maker who is interested in female subjectivity, compromised identities, and problems of knowing. Inspired by the goals and methods of the cinematic avant-garde, political modernism, and feminist filmmaking of the 1970s, her work attempts to subvert generic conventions and express the experiences of those rarely granted mainstream cinematic representation. Her work has screened in eight countries on three continents, and she has been the recipient of awards from the Princess Grace Foundation, the Maryland State Arts Council, and numerous film festivals. Her recent work focuses on hybrid or transcultural identities and the commonalities between people who’ve experienced different sorts of dislocation. She also continues to use analog optical printing techniques to explore and expand the meaning of already existing stories and images.

Kourtney Kang is a writer and Co-Executive Producer on Fresh Off the Boat. Previously she was an Executive Producer on How I Met Your Mother where she earned the distinction as being the only writer, besides the creators, who wrote on all 208 episodes. Her nine years at How I Met Your Mother also earned her an Emmy Nomination for best comedy series. She has also sold features to Fox and HBO Picturehouse. Before that she was an executive at NBC in comedy development, an agent assistant at icm, and Michael Chiklis’s assistant on Daddio.

Dennis Lee was born and raised in Chicago and after graduating from the University of Chicago, attended Columbia University’s M.F.A. Film Program. His thesis short film, JESUS HENRY CHRIST, received numerous awards, including the Academy of Motion Picture Arts and Sciences Student Academy Award, Silver. After graduation, Dennis moved to Los Angeles when he was selected as an ABC/Disney Television Directing Fellow, shadowing such TV shows as ALIAS and GREY’S ANATOMY. Dennis made his feature film debut with FIREFLIES IN THE GARDEN, a semi-autobiographical drama, which he wrote and directed. FIREFLIES made its world premiere at the Berlin Film Festival, 2008. Dennis made his second feature film with JESUS HENRY CHRIST based on his award winning short film, the quirky family comedy stars Michael Sheen and Toni Collette, and executive produced by Julia Roberts. The film had its world premiere at the 2011 Tribeca Film Festival. While writing several feature scripts, Dennis is currently in production for BIRDS IN FALL, a script he adapted from the award winning novel by Brad Kessler.

Sophia Lin is an independent producer based in New York. She produced Craig Zobel’s COMPLIANCE, which premiered at Sundance 2012 and was released by Magnolia Pictures. She also produced TAKE SHELTER, written and directed by Jeff Nichols, starring Michael Shannon and Jessica Chastain. After premiering at Sundance 2011, TAKE SHELTER won the Grand Prize at the Cannes Film Festival Critics Week and was nominated for five Independent Spirit Awards. Sophia was selected for the inaugural class of the Sundance Institute’s Creative Producer Initiative in 2008. In 2011, she was named one of Variety’s 10 Producers to Watch, and won the Piaget Producers Award at the 2012 Independent Spirit Awards. Most recently, she served as Executive Producer of Peter Sattler’s debut film, CAMP X-RAY, starring Kristen Stewart and Payman Maadi, to be released by IFC Films. Her next project is the classically-rooted horror film THE BEACH HOUSE, written and to be directed by Jeff Brown. Sophia is currently in post-production with Craig Zobel’s third film, Z FOR ZACHARIAH, starring Margot Robbie, Chiwetel Ejiofor and Chris Pine. 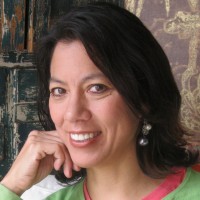 Named by Variety as one of America’s 50 most influential comedians, Sandra Tsing Loh’s work ranges from off-Broadway solo shows to radio commentaries on NPR’s “Morning Edition” and on Ira Glass’ “This American Life.” Her weekly “Loh Life” and syndicated “Loh Down on Science” are broadcast on KPCC. A contributing editor for The Atlantic Monthly, her new book THE MADWOMAN IN THE VOLVO: MY YEAR OF RAGING HORMONES, based on her Best American Essay 2012 on menopause, will be published by W.W. Norton in May, 2014. Her five previous books include the New York Times Notable book MOTHER ON FIRE. 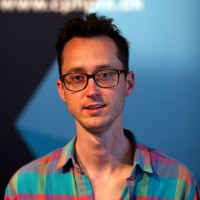 Matt Porterfield (b. 1977) has written and directed three feature films, Hamilton (2006), Putty Hill (2011), and I Used To Be Darker (2013), all produced in the Baltimore neighborhood where he was raised. In 2011, Matt won Maryland’s Janet & Walter Sondheim Prize with Days Are Golden Afterparty, a photo and video installation at the Baltimore Museum of Art. The following year, he was a featured artist in the Whitney Biennial, a Creative Capital grantee, and the recipient of a Wexner Center Artists Residency. His work is in the permanent collection of the Museum of Modern Art and the Harvard Film Archive and has screened at the Walker Art Center,Cinémathèque Française, Northwest Film Forum and festivals such as Sundance, the Berlinale, and SXSW. Matt teaches screenwriting, theory and production at Johns Hopkins University.

Furthering CAAM’s work to nurture Asian American media professionals and advance the field of Asian American media, the 2014 CAAM Fellowship Program will connect talented and dedicated individuals with leading professionals in the field. The CAAM Fellowship Program is unique in its field-wide approach seeking to develop the talents and skills of a range of media professions including filmmakers, actors, programmers, and executives.

Participating fellows will have access to the leading Asian American talent in film, television and digital media. Each fellowship will be individually tailored to best fit the needs of the fellows and advisors. Fellowships will range from fully integrated collaborations to regular feedback on current projects to an ongoing dialogue about professional development. Furthermore, fellows will have the opportunity to connect with the larger community of Asian American media professionals at CAAM’s annual film festival CAAMFest and a CAAM Fellowship Program retreat hosted by CAAM for all participating advisors and fellows.

The CAAM Fellowship Program is made possible with special support provided by the Corporation for Public Broadcasting (CPB) and the Comcast Foundation.

Southwest Airlines is a proud sponsor of CAAM’s Fellowship Program.