Breathin’: The Eddy Zheng Story premieres nationally on May 23, 2017 on World Channel! Check local listings. Breathin’ will stream online for free from May 24-August 22, 2017.

The School to Prison to Deportation Pipeline, Stanford University, May 17, 2016

Arrested at 16 and tried as an adult for kidnapping and robbery, Eddy Zheng served over 20 years in California prisons and jails. Ben Wang’s BREATHIN’: THE EDDY ZHENG STORY paints an intimate portrait of Eddy — the prisoner, the immigrant, the son, the activist — on his journey to freedom, rehabilitation and redemption.

BREATHIN’ moves with a deep, critical love, unafraid in confronting the hard truths of Eddy’s crime, the harsh realities of mass incarceration and the intertwined emotional hardships experienced by all involved. The film finds Eddy at many crossroads — in and out of parole hearings, organizing in the community, othered and at risk of deportation — his resilience and astounding compassion resounding throughout. In chronicling Eddy’s decades-long struggle for freedom, the film interrogates the complexities and hypocrisies of crime and punishment in the United States, raising the greater question: For whom are prisons for?

Director’s Statement: “I first met Eddy Zheng in 2003. I was studying Asian American Studies at UC Davis, and he was nearing his 18th year of incarceration. Eddy had recently spent 11 months in solitary confinement as a result of campaigning for Ethnic Studies to be incorporated into the prison college curriculum at San Quentin State Prison. I was struck by his tenacious commitment to educational and cultural empowerment, despite arduous circumstances such as solitary confinement, parole denials, and immigration detention. His motto, “breathin’,” expresses his philosophy of letting go of the past and focusing on the present moment—appreciating each breath. In making this film, I have gained more insight into Eddy’s philosophies, his crime and its lasting impact, his prison experience during this era of mass incarceration, and his struggles to reconcile with his family and victims. Thirteen years after I first met Eddy in a crowded prison visiting room, I am thrilled to premiere BREATHIN’: THE EDDY ZHENG STORY in 2016.”

Deann has over twenty years experience working in development, production and distribution of independent documentaries. She is Producer, Director, and Writer for the Emmy Award-nominated documentary,First Person Plural (Sundance, 2000) and the award-winning film, In the Matter of Cha Jung Hee (PBS, 2010); Executive Producer for Spencer Nakasako’s Kelly Loves Tony (PBS, 1998) and AKA Don Bonus (PBS, 1996, Emmy Award); and Executive Producer for On Coal River (Silverdocs, 2010) by Francine Cavanaugh and Adams Wood. She served as Co-Producer for Special Circumstances (PBS, 2009) by Marianne Teleki which follows Chilean exile, Hector Salgado, as he attempts to reconcile with former interrogators and torturers in Chile. She was the former director of the Center for Asian American Media (CAAM) where she supervised the development, distribution and broadcast of new films for public television and worked with Congress to support minority representation in public media. A Sundance Institute Fellow and a recipient of a Rockefeller Film/Video Fellowship, Deann is the Director, Producer and Writer of the new feature-length documentary, Geographies of Kinship – The Korean Adoption Story.

Christine is a writer, producer, and film curator. She served as the Festival Managing Director at the Center for Asian American Media, where she created the Student Delegate Program and wrote the Comcast-commissioned series Nice Girls Crew. She teaches film in the Ethnic Studies Department at UC Berkeley, and has curated programs for Oddball Film and Archive, the San Jose Museum of Art, and Ladyfest. She now works as a screenwriter and editorial director in Los Angeles.

Ken is a documentary producer and editor based in the SF bay area. He has edited 25 feature length documentaries, attempting to move, provoke, and educate people about war and peace, human rights, artists’ lives, American history, and contemporary social issues. A partial list of films he has edited include: A Fierce Green Fire (Sundance), Regret To Inform (Oscar & Emmy nominee, Peabody and Sundance winner), To Save A Life (HBO), Have You Heard From Johannesburg (Emmy, best series), The Good War and Those Who Refused To Fight It (PBS Special), Orozco: Man of Fire (PBS’ American Masters), Ralph Ellison: An American Journey (PBS’ American Masters, Sundance), Store Wars (PBS Special), School Colors (Columbia-DuPont winner), Bolinao 52 (regional Emmy winner), Ancestors in the Americas (PBS Special), and Speaking in Tongues (PBS).

Tina is a documentary editor recently relocated to the San Francisco Bay Area.  Her credits include the feature documentary “Fed Up” which premiered at Sundance and was theatrically released in 2014.  She edited and co-produced “Seeking Asian Female” which premiered at SXSW in 2012 and was broadcasted by PBS as part of the “Independent Lens” showcase in 2013.  Her recent credits include the documentaries “Off the Menu: Asian America” which aired on PBS in 2015 and “Out Run.”

R.J. is an award-winning filmmaker who explores and engages multiple diasporas, communities of color, and class. Lozada has worked in varying capacities from film festival programming, producing documentaries, radio segments, and photo editorials. Lozada recently obtained his MFA in Documentary Film and Video from Stanford University, and is currently in post-production for his first feature-length documentary entitled, “Passing Grounds.” The film explores America’s legacy of violence through the sites of death at the hands of law enforcement in 2014. 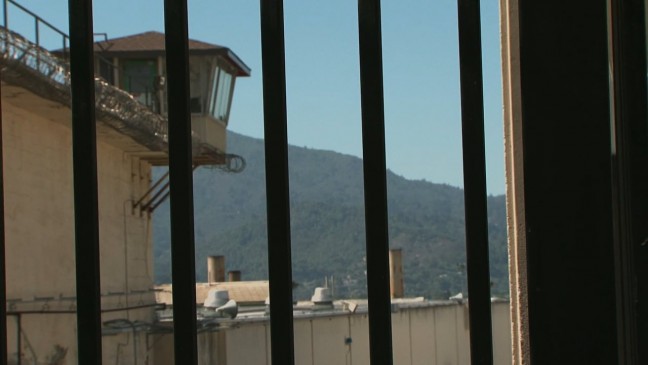 This program is funded by the Center for Asian American Media, with support from the Corporation for Public Broadcasting.