Check out some highlights of this year's festival! And make sure to scroll down to find out the winners of the CAAMFest Awards.

Thank you to everyone who came out to Fort Mason or watched from the comfort of home! You helped make CAAMFest 2021 a bright spot for our community this spring. From our Opening Weekend at the drive-in to our virtual Closing Night party with H.P. Mendoza–and all the live events and on-demand programs in between–CAAMFest 2021 was 11 days of memorable Asian American storytelling. Take a look back at some of the highlights and keep reading to find out the winners of the CAAMFest 2021 awards. 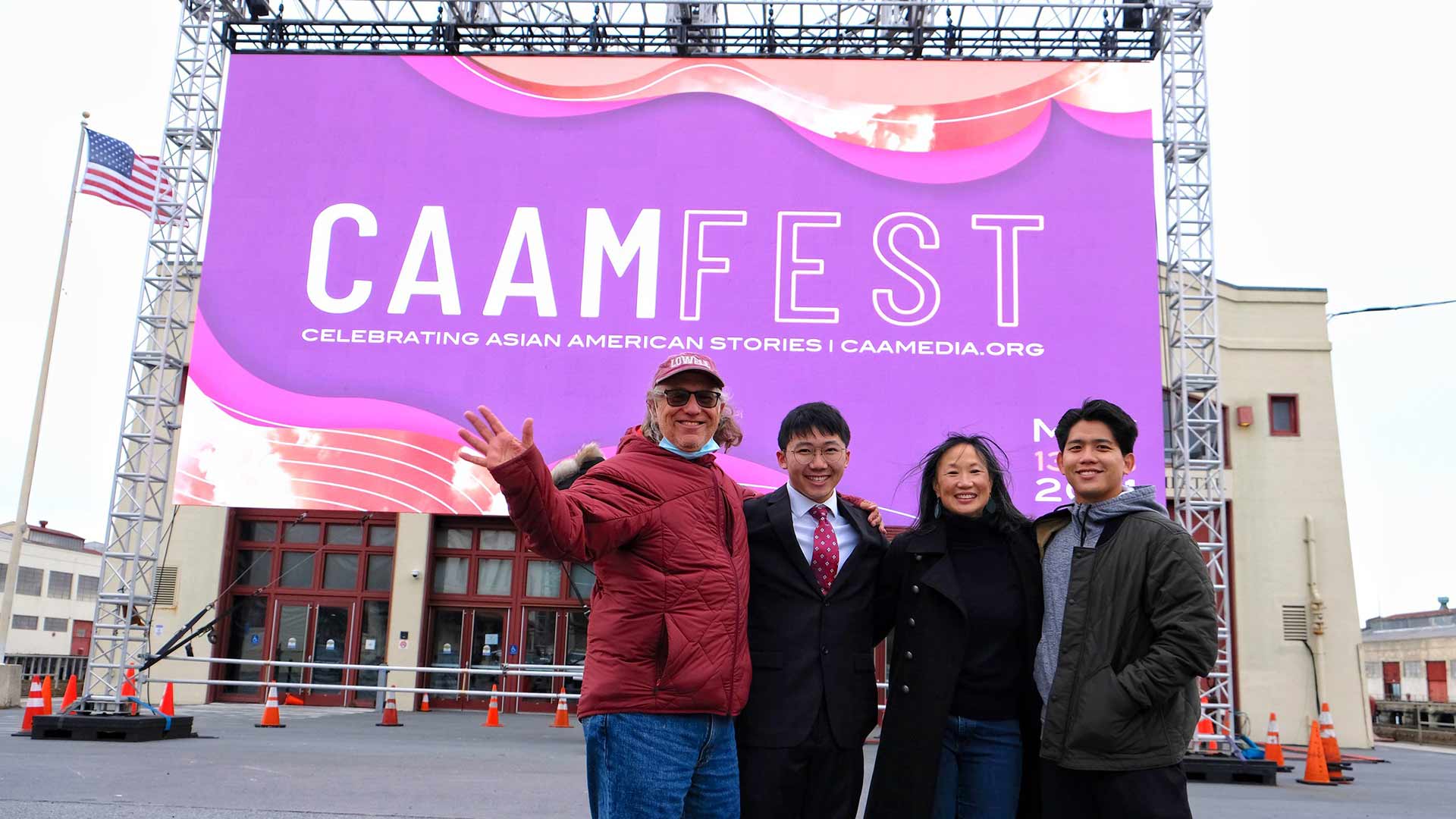 Opening Night of CAAMFest brought Try Harder! director Debbie Lum and several of the Lowell High School graduates featured in the documentary out to Fort Mason Flix for two screenings of the film, which was shot right in San Francisco.

“CAAMFest39 was incredibly emotional for me,” says Masashi Niwano, CAAM’s Festival and Exhibitions Director. “Seeing so many of our creative community together again at the Drive In and virtual felt amazing. I’m forever inspired by their artistry, enthusiasm and passion for community. Next up, CAAMFest40!” 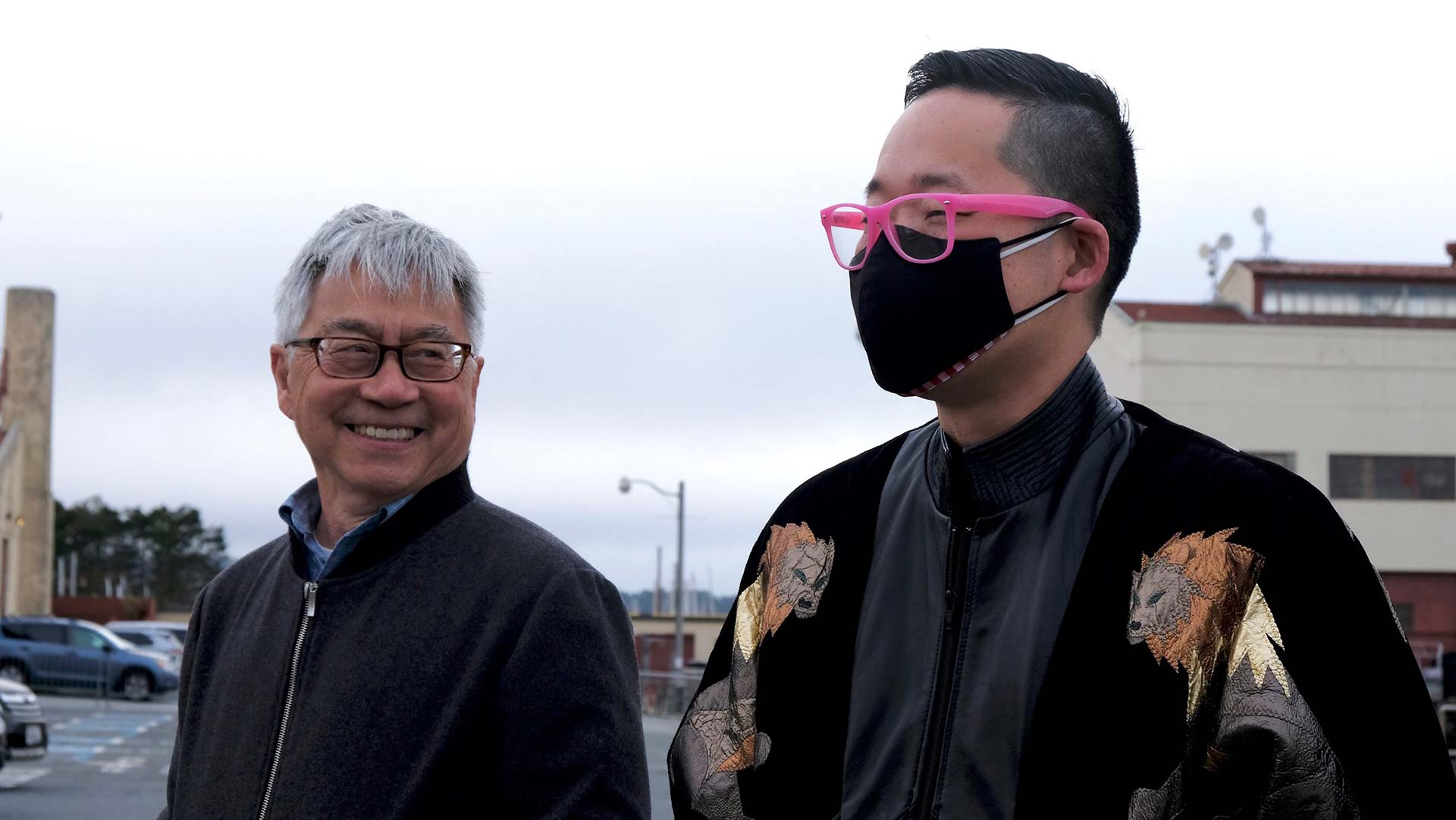 The momentum continued the next night, with a star-studded Celebration of Filipino American Stories, featuring the debut of The Fabulous Filipino Brothers, directed by and starring Dante Basco. 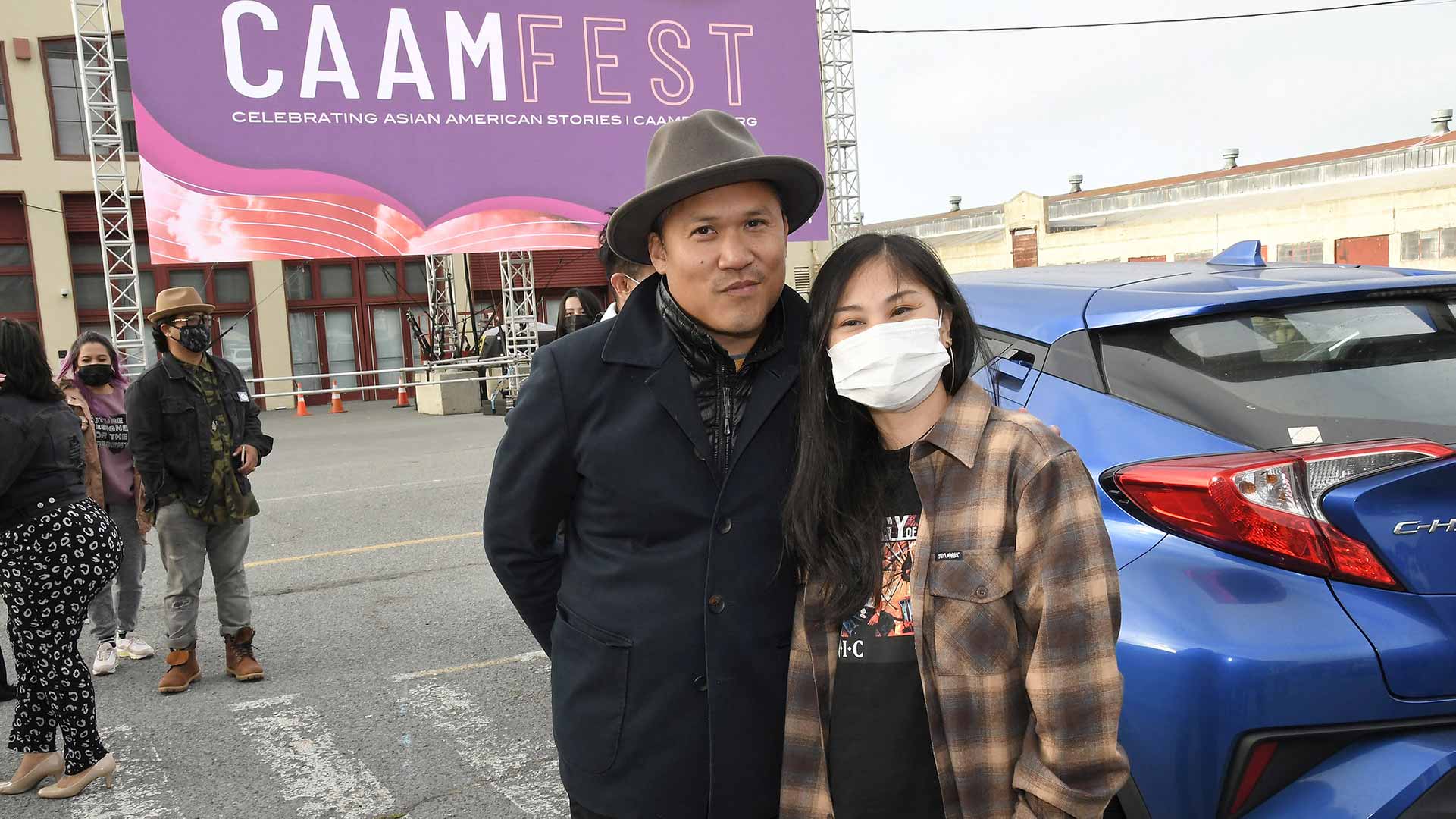 Opening the evening was a performance of “Gold” by Ruby Ibarra and Ella Jay Basco.

“Participating at the CAAMFest Drive-Night experience was amazing!” says CAAM Marketing Coordinator Rachel Wong. “Drive-In Day 2: Filipino American Night was a lot of fun! I had a blast the entire night! Being able to meet actors/directors and music artists such as Dante Basco, Ruby Ibarra, AJ Rafael, Ella Jay Basco, and more was a privilege and awesome opportunity!” 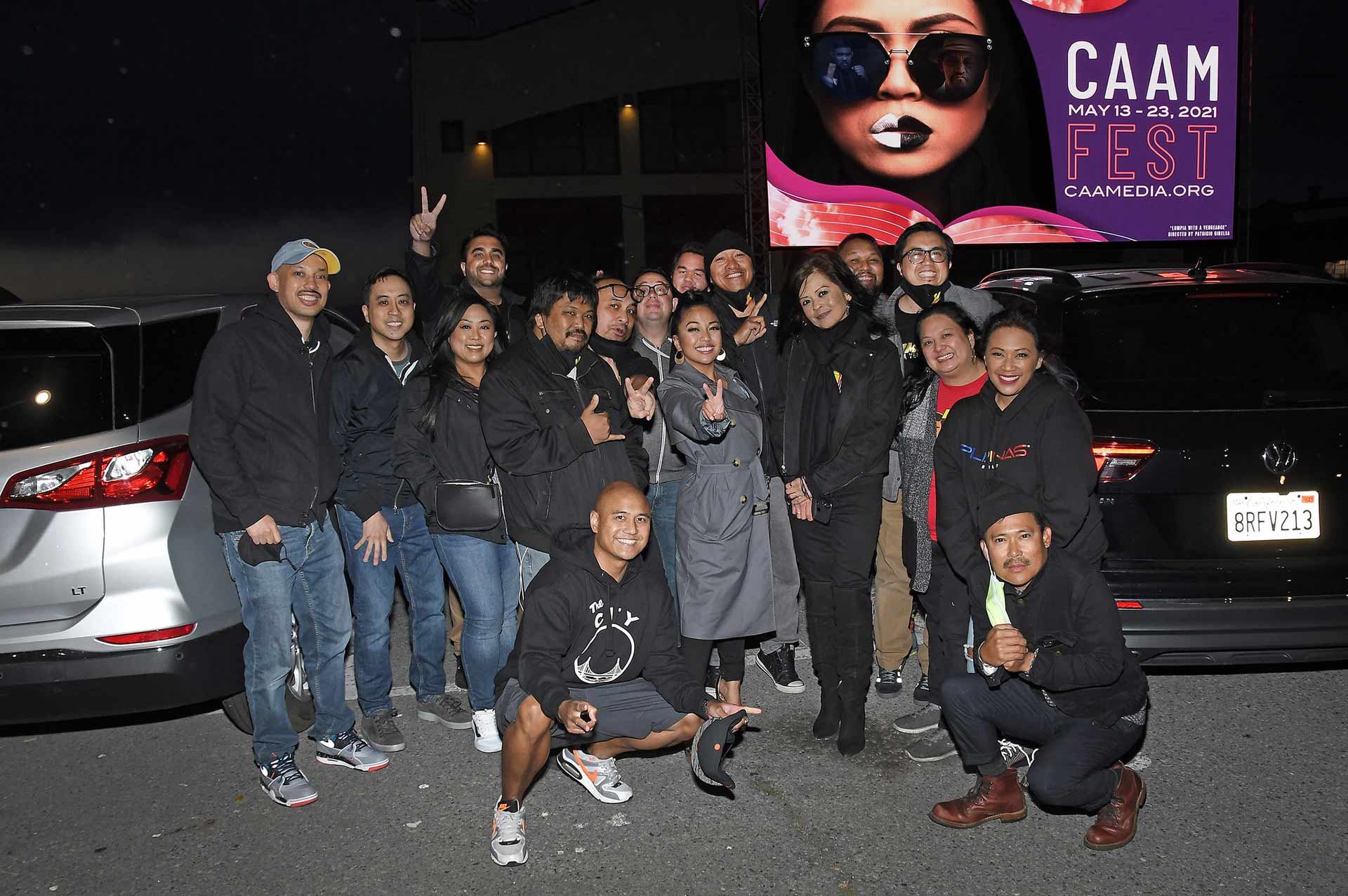 Rounding out the program was a screening of Patricio Ginelsa’s Lumpia With a Vengeance.

And for the final night at the drive-in, we presented the Hong Kong Cinema Showcase featuring the iconic Wong Kar-Wai film Happy Together, along with the U.S. premiere of Adam Wong’s The Way We Keep Dancing.

Spotlight on Margaret Cho, featuring the San Francisco native’s horror short Koreatown Ghost Story and a live Q&A with the comic, actress, and producer along with her co-producers Minsun Park and Teddy Tennenbaum. 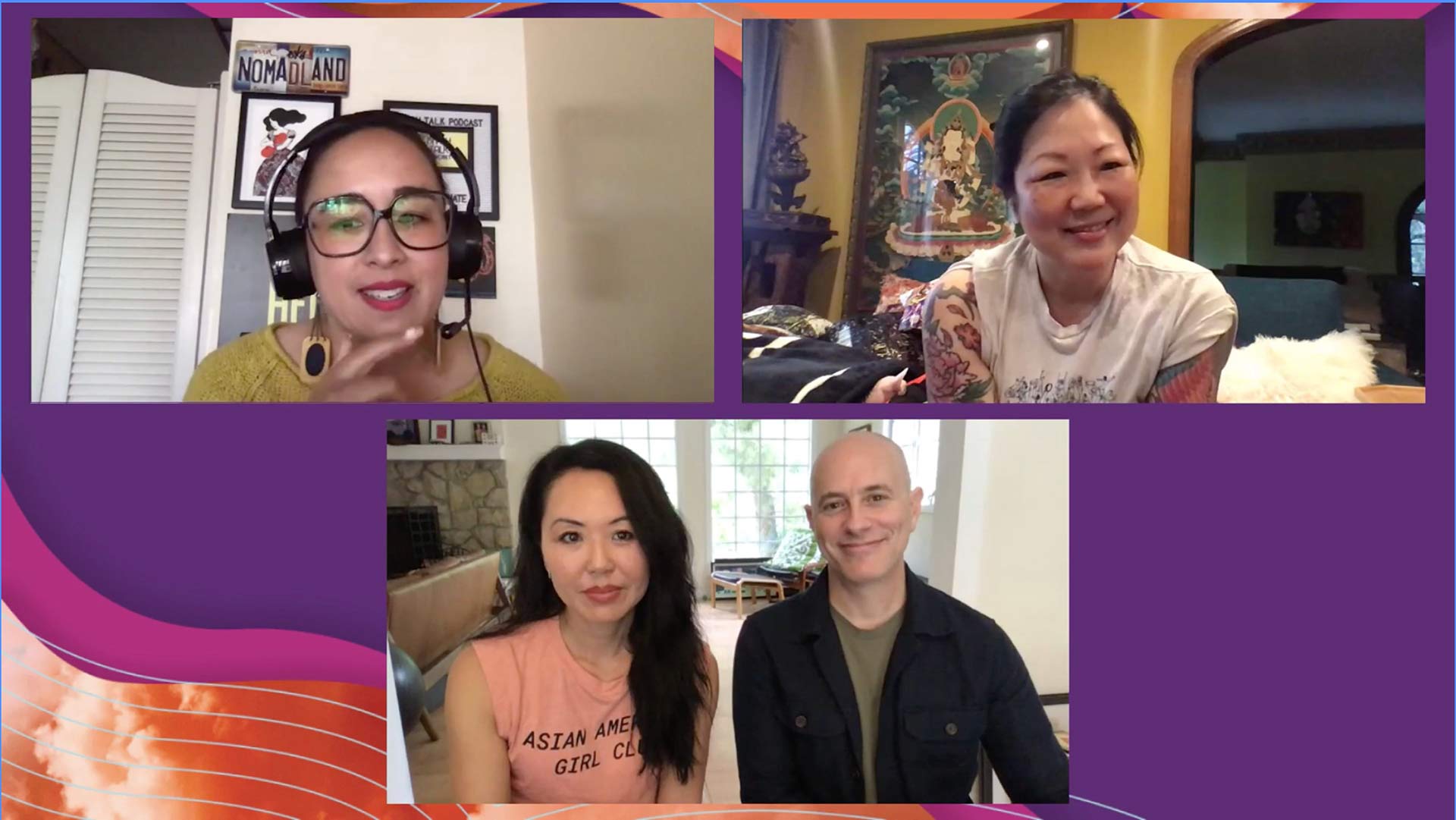 Our family-friendly programming included local musician Dan Lee’s tribute to Korean music and mythology, The Good, The Bad, and The Dokkaebi: 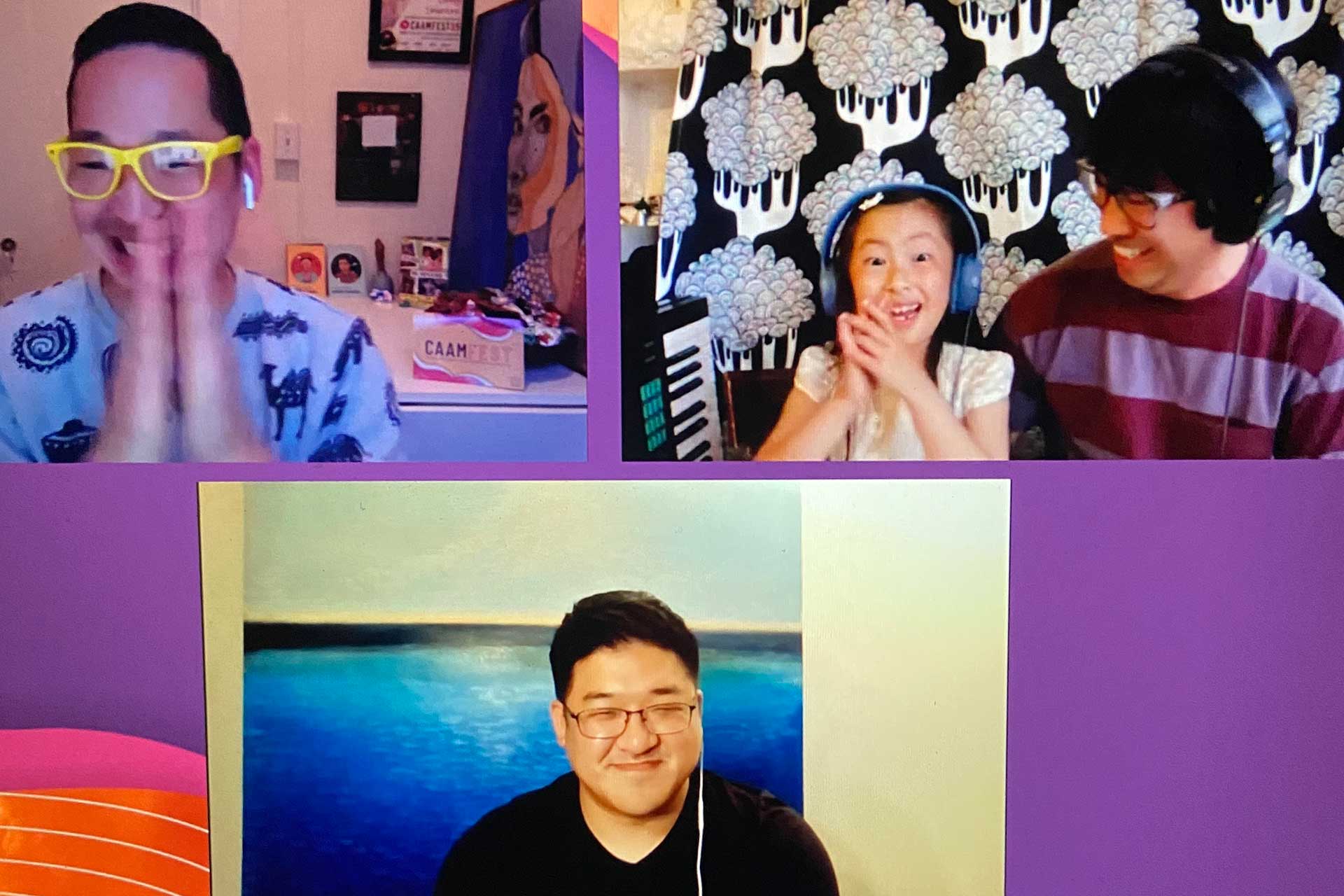 As Masashi said, it’s not a CAAMFest without H.P. Mendoza… and a lot of people agree.

“Closing Night was an absolute bop!” says CAAM Development Associate Jonathan Hsieh. “H.P. Mendoza’s presentation of his newest album, Folx, was a great example of collective creativity, with many tributes to friends, collaborations with other artists, and entertaining visuals to go with his funky beats, layered harmonies and nostalgic lyrics. It was a fun night oozing with creativity, joy, and community!”

“After what has been an extremely tough and challenging year, H.P..’s incredibly energetic new album and the amazing performances he curated, give me a lot of hope and optimism for the future of Asian and Asian American representation in arts, media, and America as a whole,” says CAAM Membership and Donor Relations Manager Jen Chu. 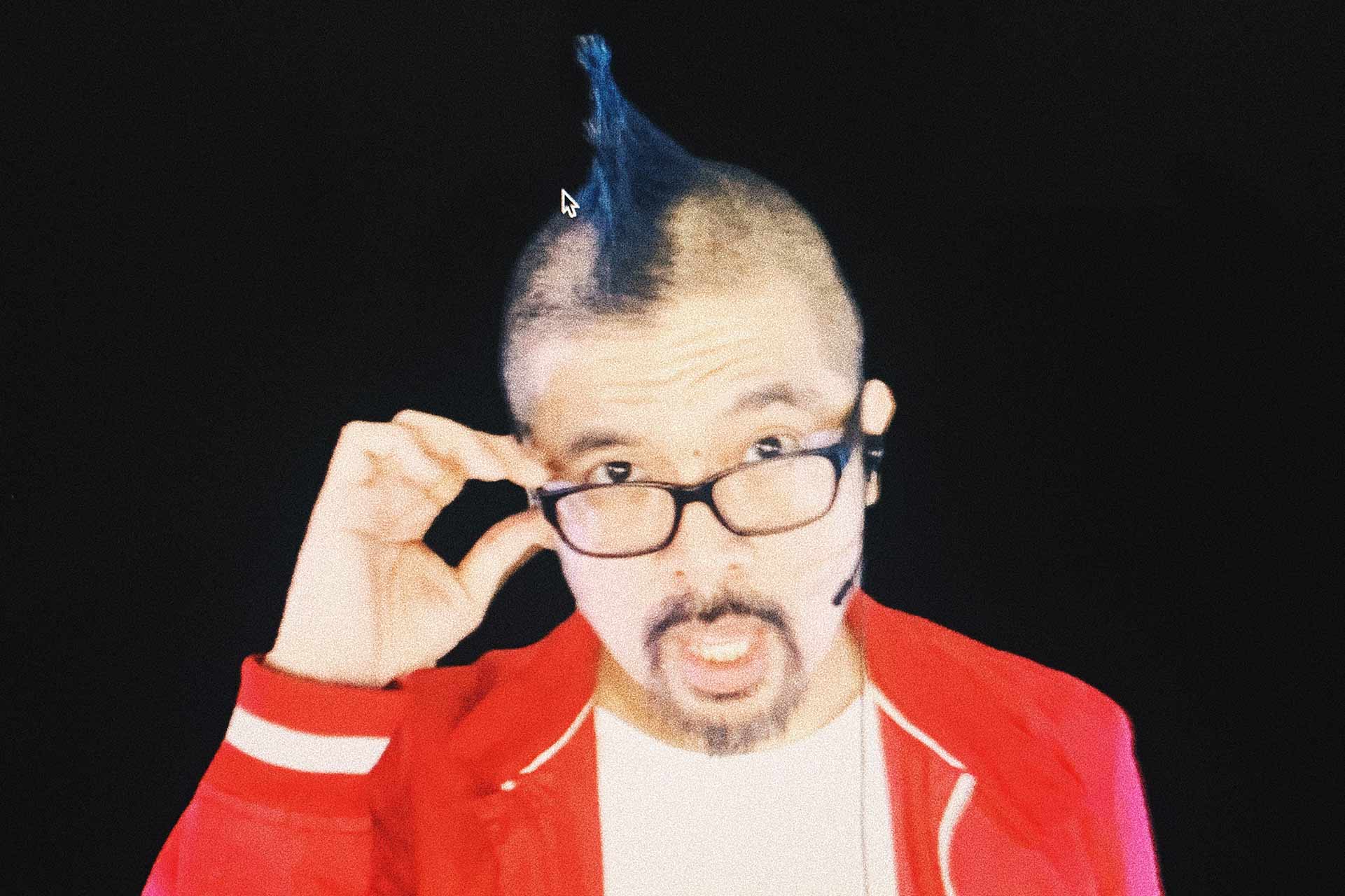 And finally, after the close of the festival, the winners of this year’s awards were announced. Here they are…

Winner: Inbetween Girl, Dir. Mei Makino
Jury Statement: We the jury have selected a film that is technically outstanding with stellar direction, acting and editing. Beyond that, what resonated with us is the overwhelming amount of heart from the script to the screen. We are thrilled to announce the winner of the Best Narrative Film award goes to Inbetween Girl by Director Mei Makino.

Jury Mention: See You Then, Dir. Mari Walker
Jury Statement: We the jury would like to give an Honorable Mention to an important film that celebrates a story from an often under-represented community. With a wonderful script and powerful performances, we are taken on an emotional rollercoaster and enjoyed every moment. Our Honorable Mention goes to See You Then by Director Mari Walker.

Winner: Who Is Lun*na Menoh?, Dir. Jeff Mizushima
Jury Statement: Being meta can be cliche nowadays. As boundaries of fact and fiction become more blurred in the Documentary Renaissance that we are currently living in, this film tests said boundaries, veering in left turns that may seem disingenuous, but in the end, is both a commentary and love letter to an artist who navigates and challenges the absurdity of the modern art scene, and always on her own terms. The jury is honored to announce the documentary award to Who Is Lun*na Menoh?

Jury Mention: Manzanar, Diverted: When Water Becomes Dust, Dir. Ann Kaneko
Jury Statement: We are passionate about acknowledging a powerful documentary that explores vital topics including the devastating impact of climate change, water and land rights and intersectionality between the Asian American and Indigenous communities. Skillfully directed by Ann Kaneko, Manzanar, Diverted: When Water Becomes Dust is an impressive film that equally entertains and educates.

Winner: F1-100, Dir. Emory Chao Johnson
Jury Statement: The first winner uses the visual medium to its fullest – bringing together art, animation, archival video to draw viewers into the world of the protagonist, to experience the raw emotion of being trans & trans-national – the feeling of being suspended in time and being invisible. Congratulations Emory Chao Johnson on your evocative and impactful short film F1-100.  We are thrilled by your ability to tell the story of H and their experience through your singular, raw and authentic perspective.  We are impressed by the urgency of your voice and we look forward to what comes next.

Winner: 83 and Alone, Dirs. Alina Peng and Charles Zhang
Jury Statement: We also want to present the Loni Ding Award to 83 & Alone, by filmmakers Alina Peng and Charles Zhang. The Award recognizes the importance of social justice advocacy through documentaries, and 83 & Alone exemplifies just that: this doc short thoughtfully explores a community made empty because of severe water shortage in Bhutan. Beautifully shot and artfully told, 83 & Alone captures the urgency and dire situation that we all must face when our environment is changed to the point of no return.

AUDIENCE AWARDS: The CAAMFest Audience Awards give valued members of our audience the honor of selecting their favorite films of the Festival.

Thanks to Our Supporters!

About Hong Kong Economic and Trade Office
Established in 1986, the Hong Kong Economic and Trade Office in San Francisco seeks to strengthen and broaden Hong Kong’s economic relations with 19 western states. The office also dedicates efforts to foster cultural exchanges between Hong Kong and the western states. Hong Kong is a dynamic and diverse cultural metropolis. The office is proud to be a presenting sponsor of CAAMFest 2021 and the Celebration of Hong Kong Cinema at FORT MASON FLIX.

About U.S. Bank
U.S. Bank is the fifth-largest commercial bank in the United States. The Minneapolis-based bank blends its relationship teams, branches and ATM network with digital tools that allow customers to bank when, where and how they prefer. U.S. Bank is committed to serving its millions of retail, business, wealth management, payment, commercial, corporate, and investment customers across the country and around the world as a trusted and responsible financial partner.