The Fellowship Program is a year-long career and project development opportunity for Asian American documentary film producers and directors as well as editors and cinematographers who are looking to make the transition to producing and directing. CAAM’s Fellowship Program goal is to create the space for a fulfilling relationship between veteran and emerging media makers and incorporate opportunities to participate in film festivals, documentary markets and other appropriate professional development events. Fellows will also learn the art of the pitch and have the opportunity to pitch their works in progress at a CAAM-organized Ready, Set, Pitch! event. CAAMFest will also be a time when fellows and mentors have the opportunity to deepen their skills in the field and connect with the larger film industry.

CAAM’s vision has always been to support a community of media makers to nurture careers and creativity in the field of documentary film. Our new program goal is to expand our reach and to serve makers from a diversity of backgrounds, identities and geographies, especially those that are currently underrepresented. The CAAM Fellowship Program is generously supported by the John D. and Catherine T. MacArthur Foundation. We also welcome our latest funder to the program: the Public Broadcasting Service, better known as PBS. 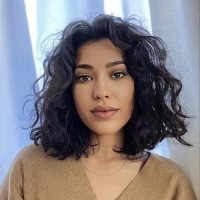 Bree Nieves is an emerging independent documentary filmmaker and narrative director. She works across narrative, doc, and experimental modes of filmmaking to address themes such as race, class, familial relationships, southern culture, and the asian and black diaspora in the United States.  She has worked as an Associate Producer for Soledad O’Brien Productions and is currently a Digital Production Coordinator for the Instagram Native POV American Documentary series Otherly. She is also a 2021 The Sauce, CAAM + NOVAC, Asian American Filmmakers in the South Fellow and a 2021 Unlock Her Potential Mentee.  Her narrative short Niceville will have its online release in Spring of 2021. She continues to work on a number of short and long form films concerning racialized misperceptions of the body, faith, and ritual. Bree will be working with mentor Stephen Maing. 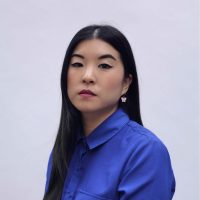 So Yun Um is a Korean American Filmmaker and Digital Content Producer born and based in Los Angeles. She explores the intimate stories of marginalized people through her poetic visual language and poignant editing style. Currently, she is working on her first documentary feature film, Liquor Store Dreams, which is about second generation Korean American children of liquor store owners. Her work has screened at Palm Springs Shortfest, LA Asian Film Festival, San Diego Film Festival. She has created work for Teen Vogue, Snapchat, and more. So has also programmed films for AFI FEST, Los Angeles Asian Pacific Film Festival, & LA Film Fest. She is an alumnus of the Visual Communication’s Armed with a Camera Fellowship, finalist for Hedgebrook Documentary Film Lab, and recipient of the Sundance Uprise Grant and LACE: Lightning Fund. She is a proud member of Brown Girls Doc Mafia and the Asian American Documentary Network. So will be working with mentor Nanfu Wang. 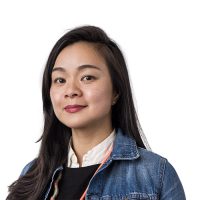 Elizabeth Ai is a Los Angeles based Emmy award-winning producer. She writes, directs, and produces independent narratives and branded content for companies like National Geographic, ESPN, and VICE. She produced documentary features; Dirty Hands: The Art & Crimes of David Choe (2008), on the titled artist after his prison release and before his meteoric rise and A Woman’s Work: The NFL’S Cheerleader Problem (2019), which examines wage theft and exploitation of the only visible NFL women. She produced Saigon Electric (2011), a narrative feature set in Vietnam’s world of breakdancing. At VICE, she created the original pilot for Bong Appétit (2014), which got picked up for series on Viceland. She’s currently directing and producing two feature documentaries and has a slate of narratives in development. She’s a fellow of Berlin Talent Campus, Film Independent, Sundance, and Tribeca. Her film projects are supported by California Humanities, Firelight Media, ITVS, and Knight Foundation. Elizabeth will be working with mentor Geeta Gandbhir.