Applications for the 2020 CAAM Fellowship are now open!

We are thrilled to announce our 2020 CAAM Fellowship Mentors: Ramona S. Diaz, Senain Kheshgi, Grace Lee, and PJ Raval, plus Uber-Mentor Jean Tsien. Click below to read more about our amazing Mentors. 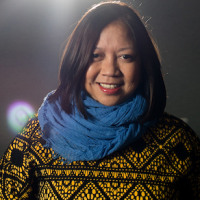 RAMONA S. DIAZ  is an award-winning Asian American filmmaker whose films have screened at Sundance, the Berlinale, Tribeca, the Viennale, IDFA, and many other top- tier film festivals. All of Ramona’s feature-length films—IMELDA (2004), THE LEARNING (2011), DON’T STOP BELIEVIN’: EVERYMAN’S JOURNEY (2012) and her latest film, MOTHERLAND (2017)—have been broadcast on PBS, on either the POV or Independent Lens series.  MOTHERLAND won an award at the 2017 Sundance Film Festival and had its international premiere at the 67th Berlin International Film Festival. It was nominated for an Independent Spirit Award for Best Documentary, a Peabody Award, and a Gaward Urian Award from the Filipino Film Critics. Ramona was awarded a prestigious Guggenheim Fellowship, was inducted into the Academy of Motion Picture Arts & Sciences (AMPAS) in 2016, and received a Women at Sundance Fellowship and a Chicken & Egg Pictures Breakthrough Filmmaker Award in 2017. She is a current recipient of a United States Artist Fellowship. Ramona is a graduate of Emerson College and holds an MA from Stanford University. 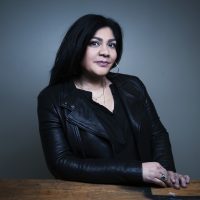 SENAIN KHESHGI is a Peabody Award-winning filmmaker, Senain has directed several feature and short films, including the three-time Emmy-nominated feature documentary THE DIPLOMAT (ESPN), and the award-winning PROJECT KASHMIR (PBS/Independent Lens). She created, wrote and directed the comedic docu-web series DIVAS OF KARACHI (PBS) and directed virtual reality films with Here Be Dragons (formerly Vrse) for Facebook, Johnson & Johnson, and Save the Children. She was commissioned by the Annenberg Center for Photography to make a VR film in Havana, Cuba as part of the Pacific Standard Time exhibition. Her films have premiered at Tribeca Film Festival, International Documentary Festival Amsterdam (IDFA), The Human Rights Watch Film Festival (NY and London) as well as other film festivals around the world. Senain has served on panels and juries at Sundance, Hot Docs, Sheffield Doc/Fest, ITVS, and Film Independent. She is a former board member of the International Documentary Association and a member of the Academy of Motion Picture Arts and Sciences. 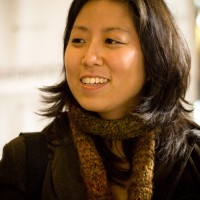 GRACE LEE is an independent producer, director and writer working in both narrative and non-fiction film. She directed the Peabody Award-winning documentary AMERICAN REVOLUTIONARY: THE EVOLUTION OF GRACE LEE BOGGS, which The Hollywood Reporter called ”an entertainingly revealing portrait of the power of a single individual to effect change.” The film won six audience awards before its broadcast on the PBS documentary series POV. Her previous documentary THE GRACE LEE PROJECT won multiple awards, broadcast on the Sundance Channel. Other credits include the Emmy-nominated MAKERS: WOMEN IN POLITICS and OFF THE MENU: ASIAN AMERICA, both for PBS; JANEANE FROM DES MOINES, set during the 2012 presidential campaign, which premiered at the 2012 Toronto Film Festival as well as AMERICAN ZOMBIE, a personal horror film, which premiered at Slamdance. She has been a Sundance Institute Fellow, a 2017 Chicken & Egg Breakthrough Award winner, an envoy of the American Film Showcase, and is co-founder of the Asian American Documentary Network (A-Doc). She is currently a producer/director on a five-part landmark PBS series THE ASIAN AMERICANS as well as AND SHE COULD BE NEXT, about women of color transforming politics and civic engagement. 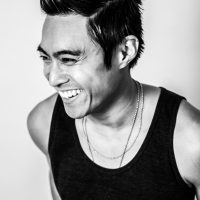 PJ RAVAL is an award‐winning filmmaker whose work explores the overlooked subcultures and identities within the already marginalized LGBTQ+ community.  Named one of Out Magazine’s “Out 100”, PJ’s credits include TRINIDAD: TRANSGENDER FRONTIER (Showtime) and BEFORE YOU KNOW IT, which follows the lives of three gay senior men, described by indieWIRE as “a crucial new addition to the LGBT doc canon.” PJ recently completed CALL HER GANDA which follows the events surrounding Jennifer Laude, a trans woman who was discovered dead in a motel room in Olongapo City, Philippines with the prime suspect being a US Marine. CALL HER GANDA released theatrically Fall 2018, winning over a dozen Best Documentary and Audience Awards and recently broadcast premiered on POV on PBS to millions of viewers. An accomplished cinematographer, PJ shot the Academy Award‐nominated Best Documentary TROUBLE THE WATER and is a 2015 Guggenheim Fellow, 2016 Firelight Media Fellow, 2017 Robert Giard Fellow, and a member of the Academy of Motion Pictures Arts and Sciences and the Producers Guild of America. 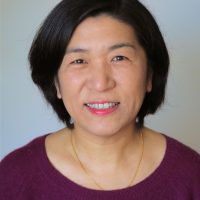 Jean was born in Taiwan and lives in New York. She has 35 years of experience as an editor, producer, and consultant. Her credits include: the 2001 Academy Award nominee, SCOTTSBORO: AN AMERICAN TRAGEDY; three Peabody Award-winning films: MALCOLM X: MAKE IT PLAIN, TRAVIS AND SOLAR MAMAS; SOMETHING WITHIN ME, DIXIE CHICKS: SHUT UP & SING and MISS SHARON JONES! – all shortlisted for the Academy Award for Best Documentary Feature. Jean executive produced and edited THE ROAD TO FAME, PLEASE REMEMBER ME, AND PLASTIC CHINA, winner of the 54th Golden Horse Award for Best Editing. She also executive produced PEOPLE’S REPUBLIC OF DESIRE, Grand Jury Award winner at the 2018 SXSW Film Festival; DAZE OF JUSTICE; THE STORM MAKERS for POV/PBS; THE OSLO DIARIES (2018 Sundance Film Festival); and co-executive produced CALL HER GANDA and BLOWIN’ UP, both premiered at the 2018 Tribeca Film Festival. As a strong believer in mentorship, Jean advised the Sundance Institute Edit and Story Lab, CNEX Chinese Documentary Forum, IFP Lab, Hot Docs Blue Ice Lab, Dare to Dream Asia, IDFAcademy, Chicken & Egg Accelerator Lab, Hot Docs Cross Currents Lab, and the Camden/TFI workshop.

Please visit Submittable to apply. The deadline for the 2020 CAAM Fellowship application is Monday, November 18, 2019. Contact mediafund [at] caamedia [dot] org with any questions.