CAAMFest’s pivotal move to May brings power in unity in more ways than one – a deeper connection between our annual festival with our critical work in public media and the building of a collective community across state and border lines.

We’re excited to announce that CAAMFest is moving from March to May, with an additional four days of programming. This year, CAAMFest celebrates its 36th year and takes place across the Bay Area from May 10-24, 2018 to coincide with Asian Pacific American Heritage Month and additional public programming sponsored by CAAM.

As a leader in Asian American storytelling, CAAM comes together with the rest of the country to celebrate Asian Pacific American Heritage Month. CAAMFest’s pivotal move to May brings power in unity in more ways than one – a deeper connection between our annual festival and the critical work in public media and the building of a collective community across state and border lines. “We are excited to be moving CAAMFest to Asian Pacific American Heritage Month – a time in which civic, cultural and corporate entities celebrate Asian American and Pacific Islander legacies and communities,” says CAAM’s Executive Director, Stephen Gong.

Joining the national celebration and aligning CAAMFest with public broadcast work and community engagement efforts, CAAM increases the reach and impact of Asian American stories nationally while highlighting the San Francisco Bay Area as the cultural heart and destination of Asian America. “We’ve come such a long way since our inception in the 1980s, our dedication to the advancement of Asian American media has grown in strength and breadth,” Gong said. “Moving to May will be quite the milestone.”

One such broadcast includes The Chinese Exclusion Act from Emmy award-winning documentarians Ric Burns and Li-Shin Yu, which debuts as a special presentation of the lauded PBS television series AMERICAN EXPERIENCE on Tuesday, May 29 2018 at 8:00 PM ET. The film is co-produced by Steeplechase Films and CAAM and narrated by actor Hoon Lee.

Our full line-up will be shared at our launch party on April 11, 2018, and online starting April 12. 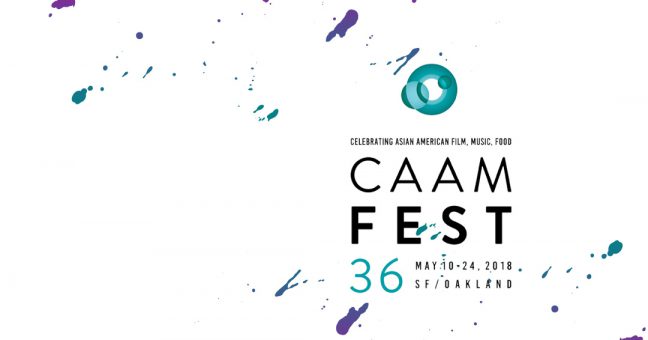 CAAM (Center for Asian American Media) is a nonprofit organization dedicated to presenting stories that convey the richness and diversity of Asian American experiences to the broadest audience possible. CAAM does this by funding, producing, distributing and exhibiting works in film, television and digital media.