The director of "Punching at the Sun" and "Chee and T" says "make the work true to yourself and undeniable."

Award-winning filmmaker Tanuj Chopra is a seasoned pro when it comes to the festival circuit. His debut film, Punching at the Sun, premiered at Sundance and screened at the San Francisco International Film Festival, the precursor to CAAMFest. Since then, CAAM has gone on to screen his films Grass and Chee and T. CAAM also co-produced his web series, Nice Girls Crew.

Check out Tanuj’s tips on submitting to film festivals: 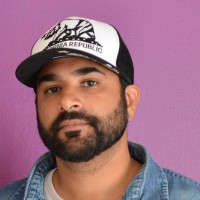 Tanuj Chopra’s first feature film Punching at the Sun about teens coming of age in a post-9/11 Queens NY premiered at the 2006 Sundance Film Festival while he was still in film school. Since then, Chopra has continued make his mark on cinema with Grass (2016) and Chee and T (2016).