In this exclusive clip from THE CHINESE EXCLUSION ACT documentary, CAAM Board Member and Community Advocate David Lei shares how the Chinese dragon is a great metaphor for America's democracy and diversity.

In this exclusive clip from THE CHINESE EXCLUSION ACT documentary by Ric Burns and Li-Shin Yu, CAAM Board Member and Community Advocate David Lei shares how the Chinese dragon is the perfect metaphor for America’s democracy and diversity.

Help us reach our sub-goal of raising $6,250 by this Sunday, August 21st by donating online and sharing the campaign page (CAAMedia.org/CEA) with your friends, family and networks on social media. Click here for sample copy that you can use to share the campaign on Facebook and Twitter. 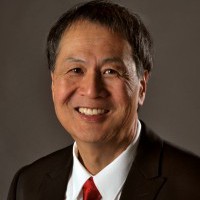 About David Lei
CAAM Board Member and Community Advocate David Lei worked as social worker in San Francisco’s Chinatown with at-risk youths before starting his business in 1981 specializing in exporting consumer products to Mexico. He sold his business in 2003 and retired at the end of 2005. David has a passion for building communities, social changes/improvements, youth education and the arts so he actively participates with following non profit organizations: The Chinese Performing Arts Foundation, Asian Art Museum, The Chinese American Community Fund, Chung Ngai Dance Troupe, Academy of Chinese Performing Arts, World Arts West – San Francisco Ethnic Dance Festival, the Bancroft Library and Center for Asian American Media.  David has been married since 1974 with one grown daughter. He attended public schools in San Francisco and graduated from U.C. Berkeley with a degree in Business Administration.