After two straight weeks of GOP and Democratic convention mania, there are few moments that seem to really have resonated virally with the public. One that stands out is at the DNC—the heart-breaking and direct speech by Khizr Khan, father of Captain Humayun Khan, who died in Iraq in 2004 trying to protect his men from a suicide bomber.

In the much-shared speech, Khan addresses GOP Presidential Candidate Donald Trump directly: “Donald Trump, I ask you, have you even read the United States Constitution. I will gladly lend you my copy. In this document, look for the words, liberty and equal protection of law.” Khan punctuated his speech by pulling a copy of the constitution out of his pocket.

Khan, a Gold Star parent, Pakistani immigrant, and Muslim, was one of the most visible examples of Asian American voices on the political stage.

It’s not just on the Democratic side either (though Politico notes that Khan is not a registered Democrat). Louisiana Governor Bobby Jindal may have dropped out of the Presidential race after just five months last year, but he was the first Indian American to run for office—and though critical of Trump, he has endorsed the GOP nominee.

These are just some of the Asian American players in the current political sphere. Beyond electoral politics, Asian Americans have also been key players as politically-engaged community members, including the late Detroit-based activist, Grace Lee Boggs. 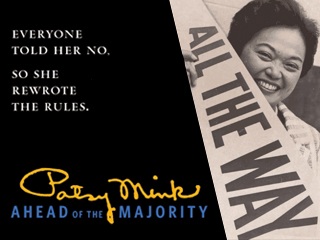 In this moving tribute to Patsy Takemoto Mink—the first Asian American and woman of color in the United States Congress—you learn not only about the barriers that Mink broke in her political career, but that she was a fierce leftist, speaking out against Nixon and the Vietnam War, pushing Title IX Legislation through, and fighting to protect Welfare rights for the poor, a battle she ultimately lost. This film has a real backbone of pride leaves you feeling uplifted and positive about the possibilities of the electoral system. Mink even ran for President in 1972, making her one of the first women to run. 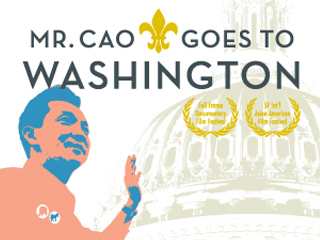 A fascinating look at Louisiana GOP Congressman Joseph Cao, who became the first Vietnamese American elected to congress. Cao won for Louisiana’s 2nd District, the first time a GOP candidate won in that district since 1891, due to a bribery scandal that the long-time incumbent found himself mired in just before the election. During Cao’s short-lived time in Congress, he stood out as being the only member of the Republican party to vote for Obama’s Health Care plan. The film portrays Cao as a naïve family man who makes a major move to national politics, but more than that, explores his role as an Asian American political leader representing a mostly Black district. Cao’s tenure in Washington may have been ultimately pretty short, but the film riffs nicely on the Frank Capra 1939 narrative (Mr. Smith Goes to Washington) about a small-town man facing the corruptions of national politics. Cao is a good example of what Asian American Republicans can contribute to the party. 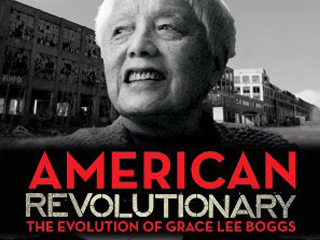 Grace Lee spent over ten years capturing the life and times of Asian American activist and former Black Power Movement leader Grace Lee Boggs, and the result in an intimate view of one of the most significant Asian American heroes of our times. This film not only puts Grace Lee Boggs’ life into context, but showcases her resilience and joyous personality, especially in her beloved Detroit. This film seems especially relevant in this time when Asian Americans are asking themselves how they can support movements like Black Lives Matter. This documentary inspires viewers to be fearless, but most importantly to put love and community at the center of your life’s actions. This one should be required viewing for the nation on Wednesday November 9th, no matter what happens.

These films are now available on Comcast on Demand throughout the month of August, brought to you by the Center for Asian American Media.