The filmmakers behind PBS Online Film Festival’s “Home is a Hotel” highlights a low-income family living in one of the country's most expensive cities.

Home is a Hotel, a short documentary about a mom and daughter living in San Francisco’s Chinatown, won the Loni Ding Award for Social Justice Documentary at CAAMFest 2016. It has been selected as CAAM’s entry to the 2016 PBS Online Film Festival. The film, directed by Kevin D. Wong and Todd Sills, is now streaming on PBS until July 29.

Watch and vote for Home is a Hotel at the PBS Online Film Festival now through July 29. Vote online or tag #HomeisaHotel and #PBSolff on Twitter and Facebook. The public can vote daily on all platforms. PBS will announce the Audience Award winner will be announced on August 1, 2016.

Below, the filmmakers reflect on making the doc and share a few behind-the-scenes moments and photos.

It’s hard to say when we first heard about SROs. Both of our families are originally from San Francisco, and SROs have always have been part of the landscape. More recently, Kevin worked on a documentary a few years back about Filipino WWII veterans—some of whom live in SROs—so they’ve always been on our radar to varying degrees.

Initially, we really had a lot of the same notions that many outsiders have about who lives in them. It was only after embarking on this project that we spent time in these buildings and with their residents that we really got a grasp of the breadth and diversity of the residents of these communities.

The spark for the film was really our wonderful producer Sasha Hauswald. Sasha was working at the Mayor’s Office for Housing at the time and looking into the issues surrounding SROs when she approached us about the project. What compelled us to keep working regardless of the obstacles was a sense that a story was being overlooked. The world knows about the tech boom and the newly-minted millionaires, but less so about San Francisco’s working poor. Cities historically, and San Francisco especially, have been places where outsiders can find a community and opportunities to make a better life. When you look at the fact that housing options for low-income people are quickly disappearing it raises a lot of questions. Will there be a place for them in San Francisco 20 years from now? Who gets to call this city home? By telling their stories, we hoped to create a culture of empowerment from within and a sense of empathy from without. If, ultimately, the film could help manifest the political will and resources to protect and rehabilitate SRO housing stock, we would consider the film a success. 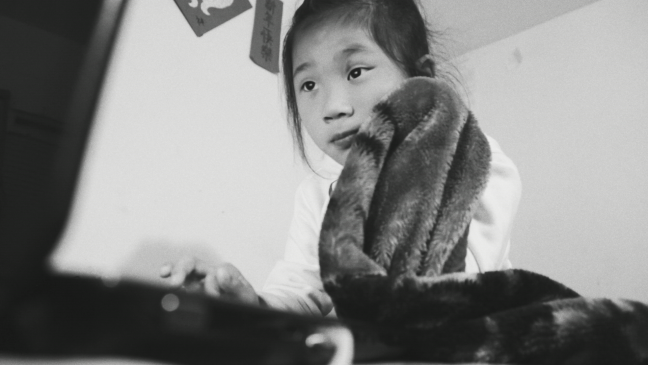 Deciding to do the film was one thing, finding participants turned out to be a whole different story. We reached out and met a lot of people with inspiring, tragic, funny and compelling stories but for one reason or another either they weren’t a right fit for the project or they didn’t want to be on camera. During this time, our producer Sasha was reaching out through her contacts in the city’s housing community to various organizations that serve people living in SROs, one of which was the Chinatown Community Development Center. Through Chinatown CDC we met Tina Cheung, who already had a relationship with Huan Di and her family. And once we met Huan Di, we knew we had a film.

Once we got started though, one thing that ended up being more of a challenge than we anticipated was language. Editing in a foreign language is not easy and Huan Di speaks both Cantonese and Toisanese, and we really struggled to find a translator who knew both. In the end, Tina Cheung at Chinatown CDC was an invaluable resource. She sat down with us and went through everything, several hours of footage, and translated everything line by line so that we could edit. That said, there was an element of magic to the language barrier as well. We had our cameraman Rowan Brooks follow Huan Di around filming and the tight quarters meant that there really only was room for him, so he was totally on his own and he had no idea what anyone was saying when he was shooting. It wasn’t until after we got the translations back that we discovered the conflict in the kitchen scene with the man. Would the man have been as open in that moment if he knew Rowan could understand him? Doubtful. Ultimately, trying to make a documentary film in a foreign language with little funding is quixotic enterprise at best—you just have to charge ahead and hope for the best.

Knowing the challenges, we still would have chosen to follow Huan Di and Jessica. It is that very lack of English fluency that can add to the marginalization of that community and underscores the need to share their story.

One thing that I don’t think many people didn’t fully consider and was surprising to us once we got to know Huan Di was how deeply she and Jessica missed their life back in China. Huan Di helped her sister run a convenience store and they had a very nice apartment across from the park where Jessica used to be able to ride her bike. It was too much to get into with the scope of the short film, but Huan Di made a lot of sacrifices and really gave up a lot of comfort and security to come here. When we asked her why they left she told us that, as comfortable as their life might have been, it’s very hard to improve your situation in China, so if she wanted Jessica to have more opportunities, coming to the states was the best option.

Another thing that is often not appreciated is that SRO life is very chaotic. It’s not uncommon for the buildings to have a lot of deferred maintenance. Everything you own is crammed into this tiny room. There are many more people living in a space than for which it was designed. As a result, friction is inevitable. But in crafting the piece, we didn’t want those visuals to overwhelm Huan Di and Jessica’s story. Editing required an awareness of balance to communicate the grittiness of the place while also bringing a sense of dignity to the subjects. There was no budget for a colorist and so we were just kind of trying things and when we stumbled onto the black and white it immediately just felt right. Beyond the beauty of the deep blacks and stark contrasts, we also wanted the viewer to know that they were not experiencing a piece of unbiased journalism, but something closer to perhaps an essay. Creating something in black and white felt like an effective shorthand to let the audience know that. 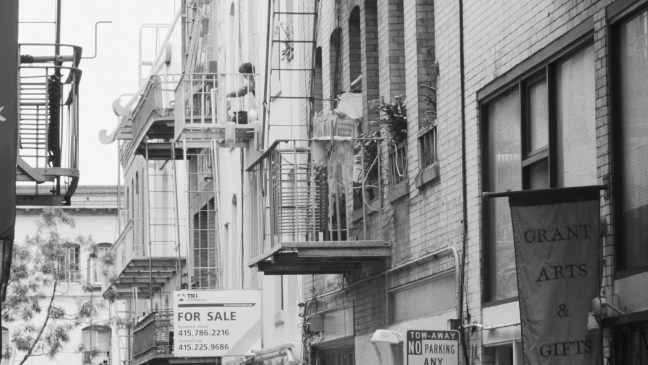 Hopefully some of that intent comes across in the film. We would love the viewers to feel that SROs are essential to maintaining San Francisco’s vitality and diversity. We hope the film would dispel common misperceptions of SRO residents by telling their stories of perseverance as they navigate San Francisco’s housing crisis. Hopefully the viewers would carry these considerations forward as they pivot towards thoughts on their own communities. There have always been singles and elders who choose to live in SROs because of the proximity to services but, with the housing crisis in San Francisco, we are seeing more and more families living in SROs and for longer periods of time. So a family of recent immigrants that might have lived in an SRO for 6 months and then found jobs and a 1 bedroom apartment they could afford are staying because they can’t afford anything else in the city.

We’re working on a feature length version of this film following residents of SROs in a couple of different neighborhoods to try and bring some more attention to the issue and people can sign up for our mailing list to get more updates and information on that. Housing is a complex issue, especially in San Francisco, but as much as market forces shape the environment of the city, the voices of citizens and pressure on city hall does too; it’s important that people remember that they have a say in this.  Beyond that and making sure to vote when housing issues are on the ballot, you can take action in your community by supporting various community groups that serve these communities (here is a full list of organizations by neighborhood and you can follow the progress of the feature documentary here).