"Good Luck Soup," "Mele Murals" and "Wisdom Gone Wild" have received the Spring 2016 CAAM Documentary Fund Awards.
For 36 years, the Center for Asian American Media has curated, created and supported extraordinary documentaries and independent filmmakers through stories intended for public broadcast and public media. We have awarded nearly $5 million to over 300 projects by and about Asian Americans.

“The ability to tell these stories and to have this space is increasingly important in today’s social and cultural landscape that is shifting so rapidly, and where we’re seeing so much contention,” said CAAM Executive Director Stephen Gong. “We thank the Corporation for Public Broadcasting for giving us the support. We’re thrilled to support these three outstanding projects and filmmakers.”

The Documentary Fund Awards is run by the Media Fund Department at CAAM. Funding is made possible with support from the Corporation for Public Broadcasting.

by Matthew Hashiguchi (director and producer) 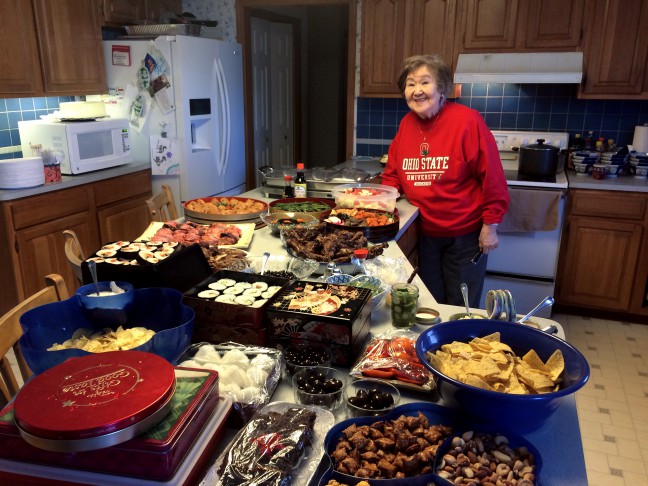 “I don’t want to be Japanese!” filmmaker Matthew Hashiguchi recalls yelling at his father. Growing up Japanese American in a predominantly white Irish-Catholic neighborhood in Cleveland, Ohio, Matthew wondered what made him different, why he stood out. Years later he set out to document his family’s experiences of being Japanese in America before, during, and after World War II. Good Luck Soup explores several generations assimilating into a new culture while preserving their own. Grandmother Eva takes the narrative reins. With great charm and openness, the family takes us on a warm, honest, and sometimes shocking journey of prejudice and triumph. Beginning with the family’s arrival in the early 1900s, we encounter the infamous Japanese internment camps during the war, a post-war welcome extended by Cleveland, and the different views and challenges each succeeding generation faces. Good Luck Soup is eaten on New Year’s to bring hope and luck for the year. By partaking in this Good Luck Soup, we hope to continue to grow towards acceptance. 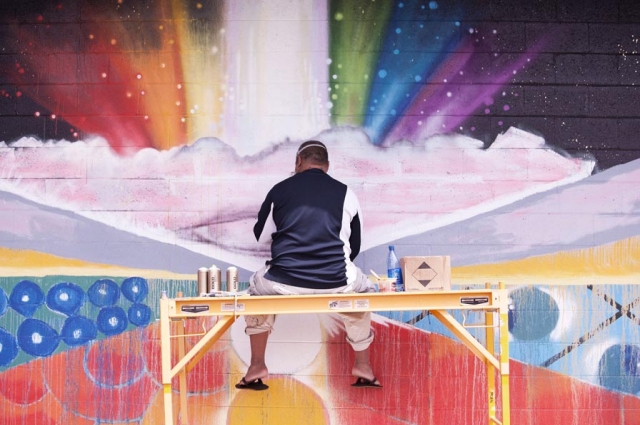 Mele Murals is a documentary on the transformative power of modern graffiti art and ancient Hawaiian culture for a new generation of Native Hawaiians.

Set against the resurgence of Hawaiian language and culture of the past 20 years, Estria and Prime tell how their street art has taken them on personal journeys to discover their history, identity and responsibilities as Hawaiian people. Estria, who left Hawai’i to study art on the mainland, made a name for himself as a street artist and returned to reconnect with his Hawaiian roots. Prime, who grew up in the projects and became one of the first kings of the Honolulu graffiti scene, left a life of hustling and drugs after the birth of his first child and returned to graffiti writing when he realized it was a way to help youth.

Through the personal stories of these two renowned Hawaiian graffiti artists and their joint quest to uphold Hawaiian culture through mural-making, Mele Murals shows how public art rooted in underground graffiti combines with Native Hawaiian traditions and contemporary life to impact the students, the rural Hawaiian town of Waimea, and most of all the artists.

At 93, Rose Noda Tajiri is a time traveler, a history keeper and a chronicler of Japanese American experience. Her non-chronological access to key historical events is cued through daily encounters and reminiscences. Listening to the metaphors in Rose’s conversations, her daughter Rea learns to identify her mother’s hopes and fears. Rea recognizes that her mother’s capacity to express wisdom is undiminished by dementia.

Both mother and daughter find meaning, connection and a vibrant relationship based on play and humor. Rea learns the language of the elders, bringing joy to her mother and overcoming years of misunderstanding between herself and Rose. This reciprocity is reflected in Rea’s caregiving as well – she is able to change approaches to her mother’s care and create a nurturing environment. We ask the viewer to re-conceptualize how we engage with our elders and their changes in cognition, temporality and language.

Wisdom Gone Wild describes the evolution of a relationship between parent and child across decades, through three assisted living facilities; continuing to Rose’s final moments in hospice. The film shows us that elders in dementia can teach us lessons learned through a lifetime. At this moment when so many families are struggling with dementia/Alzheimers — this film generates dialogue across generations about caregiving, elder advocacy and family health.