Calling all comic book fans – this is it! Greg Pak will be joining us this weekend for CAAMFest San Jose. Along with Greg, we’re bringing out some local talent with Gene Luen Yang, Thien Pham and Jason Shiga. These celebrated artists are redefining and expanding Asian American representation in the comic book world, paving the way for the next generation of API creatives.

Kicking off the event, Thien and Jason set up for an exclusive CAAMFest Artist’s Alley in the Camera 3 lobby. Browse their artwork for sale and make sure you get something signed! Then join Gene in welcoming Greg to the CAAMFest stage.  Witness these two heavyweights in conversation as they journey through Pak’s remarkable career and talk about their successes and struggles in the industry.

We’ve introduced you to Greg Pak, now get to know Gene, Thien and Jason. 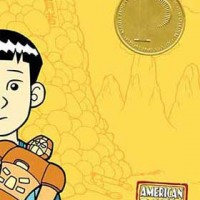 Comic book artist and graphic novel author Gene Luen Yang was born and raised in the Bay Area. Known for his 2006 graphic novel AMERICAN BORN CHINESE, Yang is recognized for his exploration of Chinese/Chinese American identity. His work has been published by First Second Books, Marvel Comics and Dark Horse Comics, to name a few, and has been nominated twice for a National Book Award. He has also won the American Library Association’s Printz Award and an Eisner Award for Best Graphic Album, as well as the L.A. Times Book Prize. His personal works include the 2013 two-volume work BOXERS & SAINTS and his latest book, THE SHADOW HERO, published in 2014. He is currently a creative writing teacher with Hamline University’s MFA in Writing for Children and Young Adults. 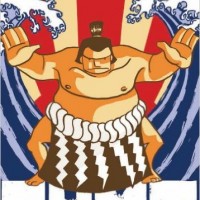 Thien Pham lives in Oakland, CA and works as a high school educator and visual artist. Pham is known for his food-review comic strip I LIKE EATING and SUMO, a poetic graphic novel about the triumphs and struggles of a beginning sumo wrestler. His work has been featured on KQED Education and in the East Bay Express. Pham also illustrated Gene Yang’s graphic novel LEVEL UP.

Jason Shiga is an artist from Oakland, CA. For more than 15 years, Shiga has created various works from comics to graphic novels, often following a choose-your-own-adventure format with a thematic exploration of mazes, math and puzzles. His work includes FLEEP, BOOK HUNTER, MEANWHILE, EMPIRE STATE and, most recently, a 700+ page epic called DEMON. He is also a math teacher and pure math scholar.