The best in classic and new Asian American films to watch this summer on video on demand. Part 1 includes films in the dramatic, LGBTQ and comedic categories.

Hey everyone, summer is here! The days are longer and the air is warmer. It’s a good time to catch up on some classic Asian American films that are now available online, and see some of the newest Asian American feature films and documentaries online and on demand, whether through Comcast, Vimeo, Netflix and more! 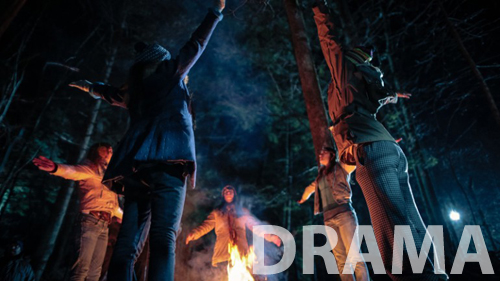 The Crow
1994 | 102 min | R
One year after Eric Draven and his fiancée are murdered, Draven — watched over by a hypnotic crow — returns from the grave to exact revenge
Watch Here

Seven Samurai
1954 | 3 hr, 27 min | NR
One of the most thrilling movie epics of all time, Seven Samurai tells the story of a sixteenth-century village whose desperate inhabitants hire the eponymous warriors to protect them from invading bandits.
Watch Here

The Namesake
2007 | 2 hr, 3 min | PG-13
A young Indian boy living in New Jersey rebels against his traditional parents and struggles with identity and love.
Watch Here

The Debut
2001 | 1hr, 29 min | R
Coming-of-age comedy with Filipino-American cast. A young man struggles with his desire to study art when his family thinks he’s headed for pre-med studies. Conflicts between Filipino traditions and expectations vs. personal dreams in the contemporary world erupt at his sister’s debut.
Watch Here

The Sisterhood of Night
2014 | 1 hr, 43 min | NR
The friendship between three high school girls leads to a series of increasingly dangerous events, pulling their families and community into a dark spiral of suspicion, fear and ultimately, redemption. Despite its focus on “scary” teen girls, high school cliques and gossip, this is no ordinary teen film. Chronicling a fictional modern-day witch-hunt in a sleepy small town, SISTERHOOD pulls together a wide variety of cultural and historical touchstones, from the Salem witch trials to cyberbullying, to show the power of silence and finding a voice. Its timely narrative explores the ambivalence and disconnectedness of our mediated selves and suggests that breaking away from our collective addiction to online personhood can be profoundly liberating. The excellent cast brings warmth and humor to the occasionally troubling story, and the joy and empowerment that the titular sisterhood evokes lends a sense of hope to temper the film’s dark tone. Based on a short story by Steven Millhauser (THE ILLUSIONIST), this is an exciting first feature from director Caryn Waechter and screenwriter Marilyn Fu.
* Available on Comcast On Demand during the months of June and July, and on Netflix.

Everything Before Us
2014 | 1 hr, 43 min | NR
In the near future, all romantic relationships are overseen by the D.E.I. — The Department Of Emotional Integrity. Much like a credit score is given to represent financial responsibility, a ‘relationship score’ is given to keep people accountable for their romantic activity and choices. The score is public for all to see and affects various aspects of daily life. Ben and Sara, a former couple in their early 30s, must meet again to settle a conflicting score and reconcile the reasons their relationship fell apart. Seth and Haley decide to enter their first registered relationship together after just graduating high school. With bright eyes, innocent hearts, and a naive view of what love could be, they face a long distance relationship for the first time. The two couples face different but intersecting challenges in love amidst the DEI rules. The first feature film from Wong Fu Productions. The film stars Aaron Yoo (“Disturbia”), Ki Hong Lee (“The Maze Runner”), Randall Park (“Fresh off the Boat”), Brandon Soo Hoo (“From Dusk Til Dawn”), Brittany Ishibashi (“Political Animals”) and Victoria Park (“Ravens Touch”)
Watch Here

A Girl Walks Home Alone at Night
2015 | 101 min | NR
A love story between two tortured souls In the Iranian Ghost town called Bad City…a place that reeks of death and loneliness where a lonesome vampire is preying on the towns most depraved denizens.
* Available on Comcast On Demand during the month of July 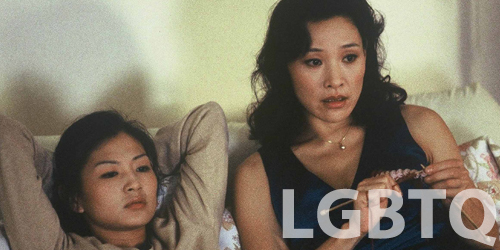 Eat With Me
2014 | 1 hr, 35 min | NR
A woman moves in with her gay son, and the two bond over their love of food.
* Available on Comcast On Demand during the month of June

To Be Takei
2014 | 93 min | TV-PG
This documentary profiles the career of actor George Takei, who played Lieutenant Sulu on “Star Trek” and later became a gay-rights advocate.
Watch Here

Saving Face
2005 | 1hr, 38 min | R
When a young woman’s pregnant, unmarried mother moves into her apartment, she does what any dutiful child with an expectant widow on her hands would do: she sets her up with every bachelor in town.
Watch Here

I Can’t Think Straight
2012 | 1hr, 22min | NR
An Exuberant, touching romantic comedy about the clashing of two worlds and cultures. Tala, a London-based Palestinian, prepares for her elaborate wedding in Jordan when she meets Leyla, a young British Indian woman who turns her world upside down.
Watch Here

The Wedding Banquet
1993 | 1 hr, 49 min | R
Wei Tong is a successful NY businessman enjoying a thriving relationship with his live-in lover, Simon. Life is perfect, except his parents don’t know he’s gay. So, when they decide to visit from Taiwan, he asks his tenant to pose as his fiancée.
Watch Here 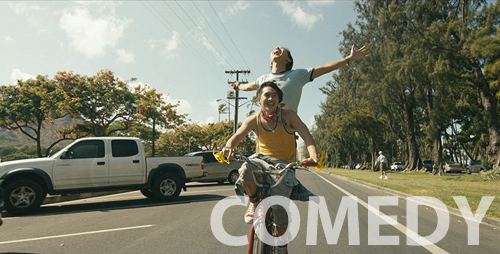 The Motel
2005 | 1 hr, 16 min | NR
Puberty sucks, and nobody knows it better than 13-year-old Ernest. As he watches guests come and go, Ernest finds himself forever stuck at his family’s hourly-rate motel. He is forced to divide his time between taking orders from his overbearing mom, cleaning up after the miscreant quests staying at the motel, and longing for the girl of his dreams, 15-year-old Christine.
Watch Here

Man Up
2014 | 1 hr, 24 min | All Audiences
The hysterical buddy comedy follows 19-year old slacker Martin (Wu), who has big plans after for the summer after finally graduating high school… to do absolutely nothing. He and his best friend (Chon) plan to spend all summer hanging out and playing video games. Their plans are foiled when Martin’s girlfriend, Madison (Galadriel Stineman), drops a bomb on his carefree summer – she is pregnant and refuses to see him until he grows up. To her and her family, Martin is an unambitious bum who can barely take care of himself, let alone a newborn. As his life falls apart, he and Randall embark on a man-quest to figure out what it means to be a dad and “man up.”
Watch Here

Amigo Undead
2015 | NR
Kevin, a straight laced financial adviser, is invited to his loser older brother Norm’s 40th birthday party. The ‘party’ turns out to be a small gathering of Norm’s eccentric friends at a campsite. When one of the friends chokes on a hot dog the group decides to bury him. Unbeknownst to them, they bury him on cursed native American land, and he soon returns possessed by a demon hell bent on fulfilling an ancient vendetta! Antics ensue as Norm, Kevin, and the others run through the desert, the monster in hot pursuit, encountering a few other strange back-woods types as they go. As things get increasingly bizarre and ridiculous with the monster impossible to stop, the brothers find themselves with their backs against the wall; can they find a way to look past their differences and reconcile in the face of their imminent demise?
* Available on Comcast On Demand during the month of July