Nice Girls Crew, an original comedy series created and written by Christine Kwon and directed by Tanuj Chopra (Punching at the Sun), premieres its second season on April 28th. Five new episodes will be available on our YouTube channel, CAAM Channel, on April 28. The series is produced by the Center for Asian American Media.

The popular web-based comedy debuted in 2012 with actors Sheetal Sheth, Lynn Chen and Michelle Krusiec, “best frenemies” who meet as part of a book club.

Sheetal Sheth gives a sneak peek of what’s in store for viewers in Season 2:

Here’s a synopsis of Season 2: “The book club moves to Sophie’s home, where the young entrepreneur capitalizes on a booming cupcake business and hires a personal assistant, Donatello (the dashing Leonardo Nam, The Perfect Score; The Fast and the Furious: Tokyo Drift). Leena takes an immediate interest in this hunky new help, providing a very loose interpretation of the term manservant. Meanwhile, Geraldine goes deep into the world of motivational speaking, morphing into a self-ordained self-help guru and spreading words of wisdom and weirdness to all who will listen. We’re also introduced to Geraldine’s worldly mother Lady Lee, played by iconic actress Tsai Chin (Joy Luck Club).”

They’re baaaack! In the new season of Nice Girls Crew, the book club is moved to Sophie’s house, where we meet her hunky personal assistant, Donatello. Leena takes an immediate liking to the help, providing a whole new meaning to the term “manservant.”

Much to her chagrin, Leena agrees to attend Geraldine’s “professionals mixer” slash “book signing.” While Geraldine works toward becoming the next Tony Robbins, Leena fends off unwanted suitors, and Sophie is swept up by a nerdy Youtube star. Guest starring Parvesh Cheena and Anthony Ma.

In her quest to spread wisdom to the world, Geraldine gives the ladies an inspirational talk for the ages.

What happens when you do a live action adaptation of James and the Giant Peach? Some really funked up stuff, in this Season 2 finale of Nice Girls Crew. 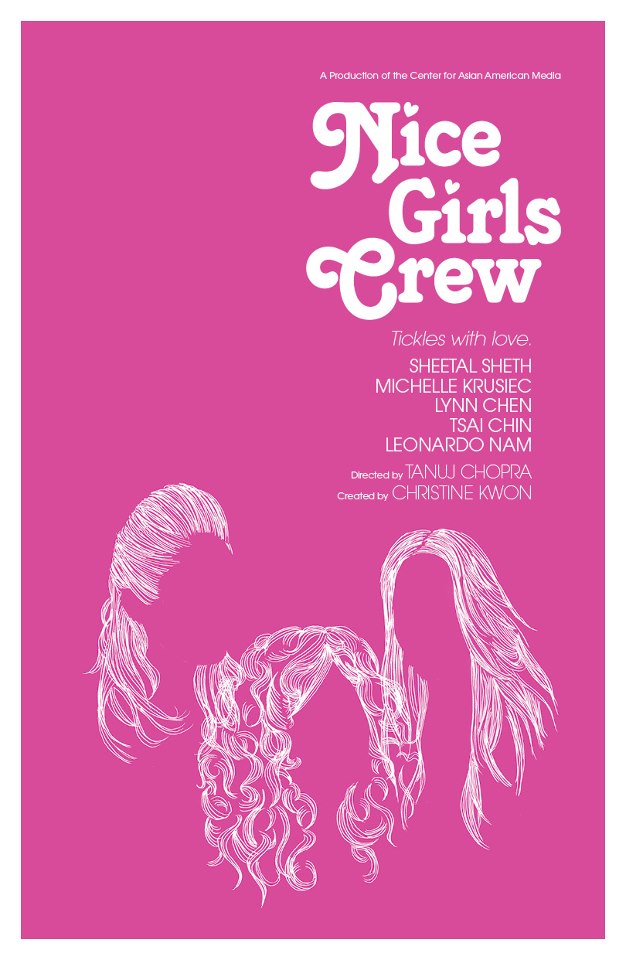