CAAMFest 2014 is Coming: High Fashion and Comedy Collide in Opening Night Film HOW TO FIGHT IN SIX INCH HEELS 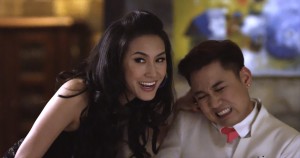 Get your  tickets to HOW TO FIGHT IN SIX INCH HEELS and the Opening Night Gala here.

In 2013, CAAMFest brought you LINSANITY – a record-breaking Opening Night experience. In 2014, the Center for Asian American Media (CAAM) shows off global style with the U.S. premiere of Ham Tran’s HOW TO FIGHT IN SIX INCH HEELS, fresh off its #1 box office run in Vietnam. Bay Area native Kathy Uyen stars in this Vietnamese romantic comedy about a New York-based fashion designer and her fiancé’s questionable fidelity.

CAAM is thrilled to welcome back the HOW TO FIGHT cast and crew including Director Ham Tran, producer/story writer/actress Kathy Uyen  and producer Timothy Linh Bui in attendance for the screening.

Immediately after the screening, enjoy a spectacular evening at our Opening Night Gala at the Asian Art Museum. View the world’s first major art exhibition about yoga, Yoga: The Art of Transformation, dance to music from local DJs and enjoy delicious bites and beverages from some of the Bay Area’s finest restaurants.