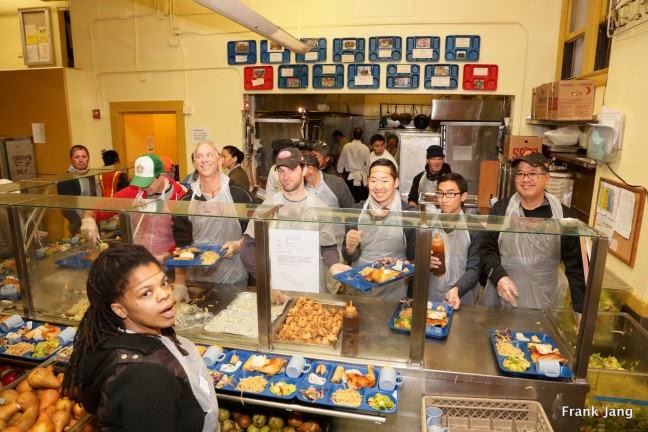 Inside the basement kitchen of GLIDE in the Tenderloin district of San Francisco, volunteers—about a dozen who are professional chefs—prepare roasted teriyaki chicken and salad for the annual “Chefs Without Borders Holiday Lunch and Dinner at GLIDE.”

It’s become an annual tradition—the Center for Asian American Media’s staff, along with nearly 100 other volunteers, don hairnets, plastic aprons and food-grade gloves. They roll up their sleeves, dig into vats of rice, stir-fried vegetables and garlic noodles, and serve some 2,500 people who come to GLIDE for an Asian-themed holiday meal service.

“The Chefs holiday lunch and dinner showcases the diversity and love that you find everyday at GLIDE,” said GLIDE’s Minister of Liberation Reverend Cecil Williams in a statement.

Located in the heart of the Tenderloin district in San Francisco at Ellis and Taylor streets, GLIDE has served the poor and needy for 50 years. Its services include providing daily meals and affordable housing, among others, and has been a pillar of support for the homeless population in the area.

“We are seeing a large number of seniors using GLIDE’s services,” said David Lei, co-founder of the Chinese American Community Foundation and Vice Chair of CAAM’s board, in a statement. “This event calls attention to the issue and it pulls together volunteers who want to make a difference.” 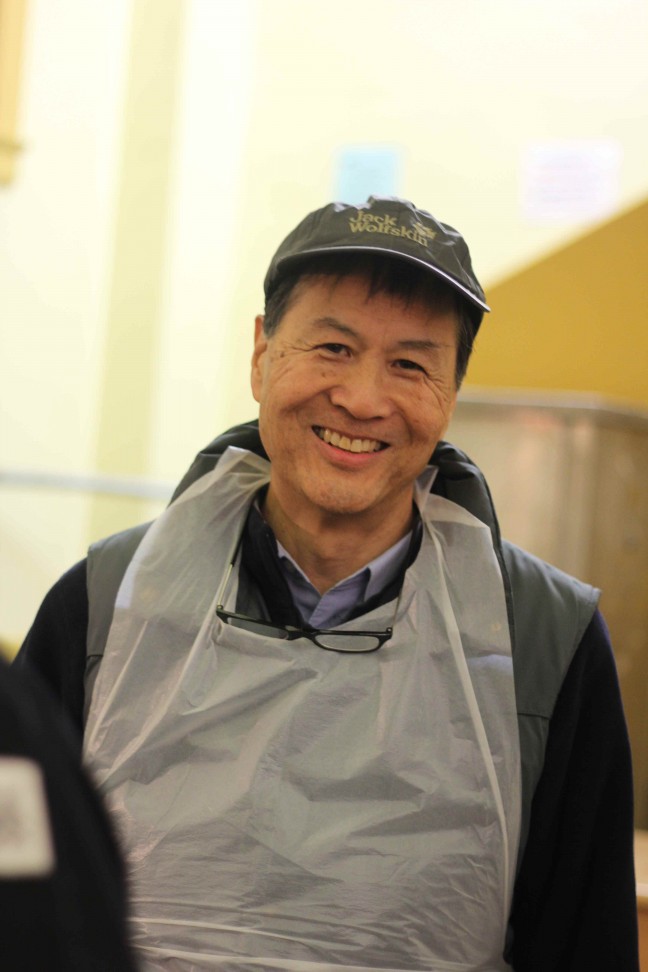 David Lei, co-founder of the Chinese American Community Foundation and Vice Chair of CAAM’s board.

Asians are often portrayed as doing well, financially and educationally, Lei said, but that there is the other side—of unemployment, poverty and living in crowded housing. “The media is saying how well Asians are doing, but we have both sides of the spectrum.” The crowd who comes to GLIDE is ethnically diverse, but this particular event has been drawing more Asian visitors in recent years, volunteers said.

For the past 9 years, the Asian Chefs Association has prepared a holiday meal for the homeless, elderly and anyone who needed a hot meal. Co-hosted with the Chinese American Community Foundation, this year’s lunch menu featured teriyaki chicken, stir-fried vegetables, California rolls, Vietnamese egg rolls, garlic noodles, steamed rice, fruit, and fortune cookies. All of the food was donated and prepared by the chefs and volunteers.

“San Francisco has a lot of homeless people, and they need a good meal for the holidays,” said Khai Duong, co-founder of Chefs Without Borders and formerly the executive chef at Ana Mandara restaurant. 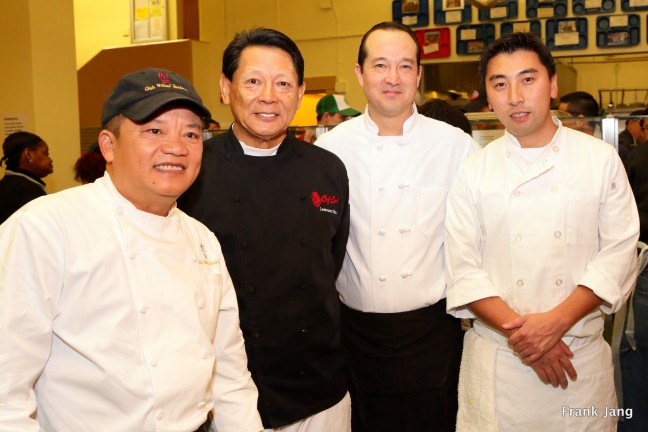 At left, Khai Duong and Lawrence Chu, co-founders of Chefs Without Borders, with other chefs. Photo by Frank Jang.

By the morning, a line was already out the door. The elderly get first dibs. As 11:30am hit, people single-filed into the cafeteria for the lunch service. Behind the counter, volunteers from a variety of organizations were busy doling out food onto trays. Other volunteers handed each patron their food, and GLIDE staff directed them to an empty seat.

The food was not always Asian-themed. When the Asian chefs first began this service at GLIDE, they wanted to serve the best traditional holiday meal, complete with roasted turkey, stuffing and the works. But patrons said that they actually wanted Asian food. Plus, roasting pre-frozen turkey for so many people was a logistical challenge.

“Today, our menu reflects what they asked for,” noted Lawrence Chu, co-founder of Chefs Without Borders, who runs Chef Chu’s is Los Altos, CA.

Marilyn Chan, who lives in the neighborhood and frequents GLIDE often, says that the chefs do a good job. “When it comes to food, I’m not picky,” she said. “A lot of people come here because of the Asian meal. A lot of them have never been here before,” said added, while helping direct some of the Chinese seniors to the exit after they finished their meals. 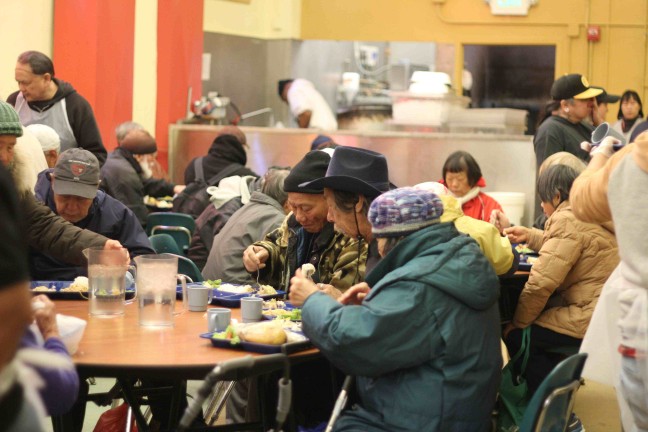 Craig Taylor, a young man who just finished the meal, said he often eats lunch at GLIDE. His favorite on Monday was the roasted chicken. “It’s better than the other days,” he said about the meal. It’s one of the few days where professional chefs prepare the meals.

This year, 12 of CAAM’s staff, including interns, volunteered during lunch and dinner shifts. Many walked from the office, located in the South of Market district, to GLIDE.

“CAAM is very happy to be part of the Asian Chefs Holiday Meal at the Glide Memorial Church,” said Stephen Gong, CAAM executive director, as he scraped food leftovers into a composting bin during the dinner shift. “It’s a seven year tradition that reminds all of us of the importance of community service and lending a hand.”